REVEALED: US Open champion Matt Fitzpatrick told his attitude was ‘A DISGRACE’ by his caddie after an event earlier this year – which sparked him into a run of form that saw him win his first major two months later

Just two months before lifting the first major of his career, Matt Fitzpatrick received a rocket from his caddie, the esteemed Billy Foster.

Fitzpatrick, 28 and widely considered one of the more amiable figures on tour, edged Scottie Scheffler and Will Zaloratis by a shot at The Country Club in Massachussetes in June to win the US Open.

But in April, he received a phone call from Foster which served as wake-up call while he was at dinner with his parents after the RBC Heritage, where he had missed the cut just a week after coming a respectable 14th at The Masters. 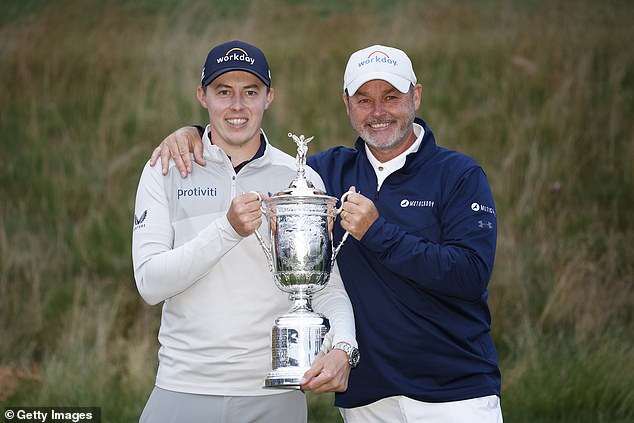 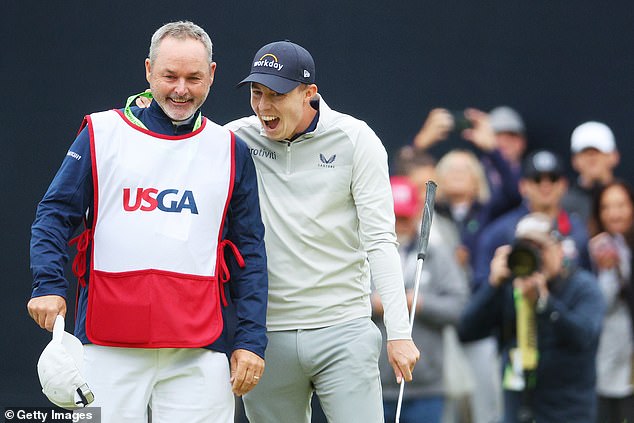 It was Fitzpatrick himself who lifted the lid on the discussion with Foster, telling Golf Digest of the phone call: ‘He wanted to have a word. I had no idea what was coming.

‘He basically told me my attitude was a disgrace in that event. Which he has said before. But for whatever reason, this time really stung. And I listened.

‘I pay Billy to tell me things like that when necessary. He’s been around for so long I’d be stupid not to take heed. And I did. What he said really hit home.

‘From then on, my attitude changed. I started working again with Robbie Anderson, my sport psychologist. I didn’t want to be like that anymore. I didn’t want to come off the course feeling angry and frustrated.

‘And since the U.S. Open my attitude has been completely transformed. I feel a lot happier. I don’t want to be a results-driven person, which I’ve been in the past. And I’m not resting on any laurels. I’m just happier with everything, on and off the course. I’m more relaxed.’

Before joining forces with Fitzpatrick, Foster was well known for being on Lee Westwood’s bag for a decade. They parted ways in 2018.

Fitzpatrick will be teeing off in England this week at Wentworth, the first time he has played in his home country since winning the US Open. 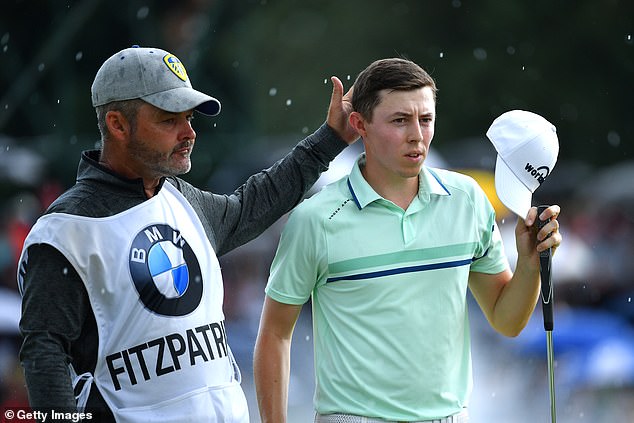 Fitzpatrick, 28, is now preparing to play in England for the first time since his major triumph

But it is an occasion overshadowed by the presence of Westwood and a number of other players who have defected to join the breakaway LIV Golf tour and cash in on the millions the Saudi-backed circuit have on offer.

‘That is going to be a bit weird, and obviously it’s a little bit disappointing. But they won their little thing.

‘It’s going to be interesting to see what happens. Obviously they’re [the DP World Tour] not quite in as strong a position as the PGA Tour are in terms of regulations or whatever it is. Yeah, I guess we’ll just have to see how it plays out.’