Tommy Fleetwood will be an almost certain absentee when the PGA Tour makes its much-heralded return in Texas next month.

In common with 24 other international players currently living outside the US, the 29-year-old Englishman spent Monday wrestling with a difficult dilemma.

The American-based PGA Tour has imposed a deadline of Tuesday for players to provide information for the special visas needed to enter America and play at Colonial. 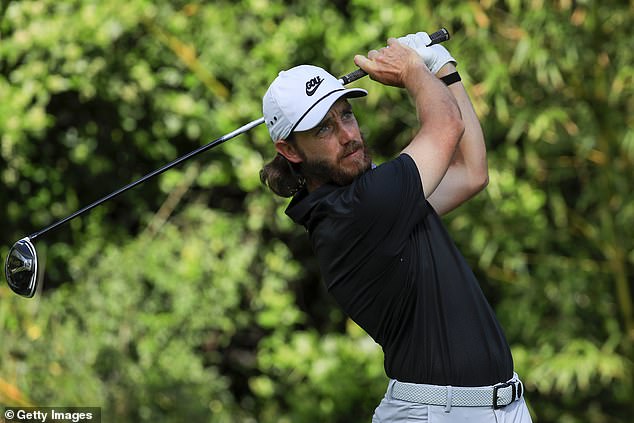 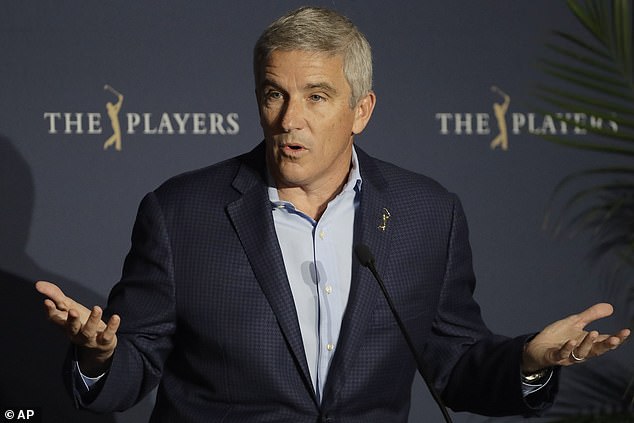 ‘On the one hand, you want to get back to playing tournament golf as soon as you can, but to do that I’d have two weeks of quarantine before the event and now two more weeks when I got back,’ said the world No 10. ‘That’s a lot of time and particularly after this long period of lockdown, so it’s very unlikely I’ll be there for Colonial.’

While many of the American-based players have been practising every day in the US in readiness for the resumption, the likes of Fleetwood, Matt Fitzpatrick and London-based Francesco Molinari have been unable to play at all.

Now they are facing another considerable handicap, or at least those with families like Fleetwood and Molinari. Restrictions imposed on international travel mean, in practical terms, that once a player leaves these shores it would not make much sense to return until after the US Open or the Ryder Cup in late September. 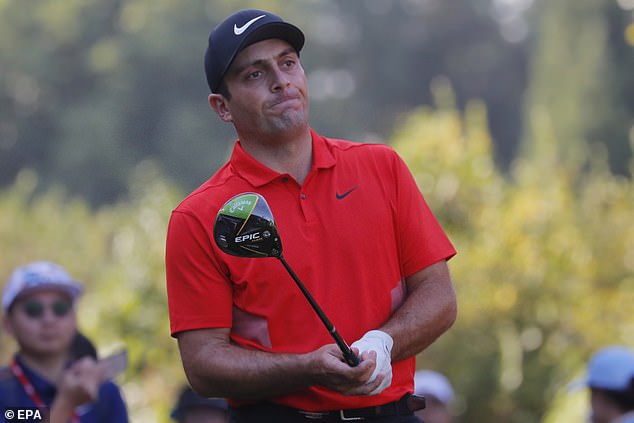 Matt Fitzpatrick and Francesco Molinari (pictured), who is based in the UK, haven’t trained

‘I’m not going to travel to America and stay away for four months, that is simply not a consideration,’ said Fleetwood, who lives with wife Clare, teenage stepboys Oscar and Mo, and young son Frankie, in Cheshire.

A more likely plan will be to travel to America in mid-July, and stay until the Ryder Cup — if it takes place.

‘One ideal scenario is we all spend the summer as a family in America but we’ll have to talk it through and see if the boys want to be away, after such a strange year,’ he said.

CAN YOU PLAY GOLF NOW?

So you can play golf in twoballs in England from tomorrow but not in the neighbouring country known as the Home of Golf.

You can play, from Monday, in Ireland but not in Northern Ireland. As for Ian Woosnam’s old course, Llanymynech, with a postal address in Shropshire but with 15 of the 18 holes

actually, in Wales — where you cannot play — they are awaiting clarification if they can open.

Topping it all, the Prime Minister really did tell us yesterday to use…good old British common sense.

Fleetwood has been greatly cheered by the reopening of courses in England on Wednesday.

A member of four clubs in the North West, including two links beauties in West Lancs and Hillside, he said: ‘I think it’s going to do a lot of people an enormous amount of good in terms of physical and mental health.

‘You can hit as many balls as you want indoors but I’ve always said that golf was meant to be played outside. I can’t wait to play with my dad, because it’s been a while since I’ve seen him.’

As for which of the three lockdown groups he falls into — resisters, sufferers or accepters — he is definitely the latter.

‘I’ve loved it, to be honest,’ he said. ‘I think if you spend a lot of time on the road, experiencing the day-to-day routine at home is a beautiful thing.

‘I’ve had the chance to watch little Frankie grow, the two step boys at their stage in life, and I sleep next to my wife every night. Obviously I’d loved it to have been under different circumstances but I’ve been grateful for the time we’ve had together.’

Unless something happens with regard to the prohibitive quarantine restrictions, it is quite possible Fleetwood will go four months without competition, before playing in Memphis in July. If that happens, he does not intend to give himself a free pass.

‘When I do play again I won’t be writing anything off to rust, that’s for sure,’ he said. ‘It’s about finding solutions to different problems, and I’ll be ready to go.

‘I might have to rehash my goals a little, but there will still be three majors to play for, World Golf Championships, a Race to Dubai and possibly a Ryder Cup. I’ll be starting each of them aiming to win.’ 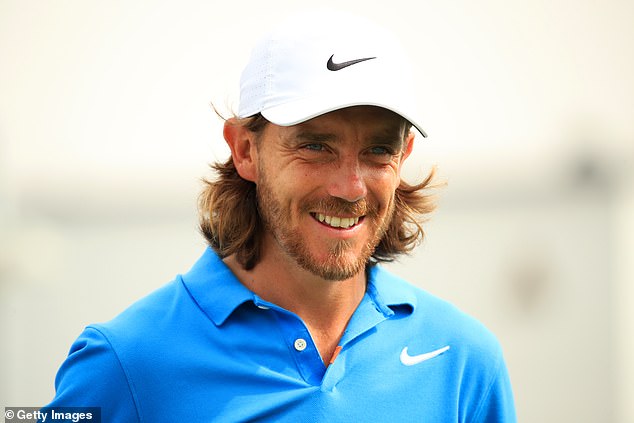