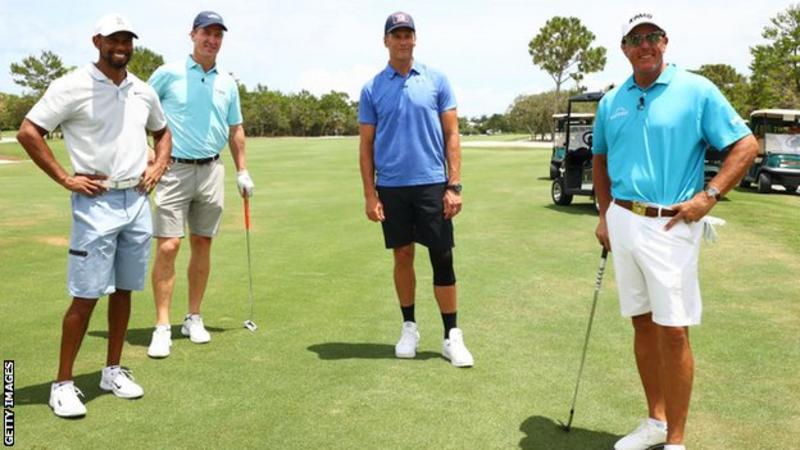 Legendary NFL quarterback Brady hit the shot of the day, holing out from the fairway on the seventh.

“I take my hat off to Tom and Peyton,” said Woods. “This is our arena, this is what we do for a living.

“I couldn’t imagine going on the field and do what they do,” he added.

The event was played between four of America’s biggest sports stars at a rainy Medalist Golf Club in Florida – Woods’ home course – with no caddies and players driving their own golf buggies.

Six-time Superbowl winner Brady had been getting a hard time from NBA great and commentator Charles Barkley just before his 100-yard wedge shot found the hole.

Then, after giving a short speech, Brady – who joined Tampa Bay in March after 20 years with New England – then bent down and split his pants as he picked up the ball from the cup.

The event comes two-and-a-half weeks before the PGA Tour plans to resume its season on 11 June.

Woods, who last competed in February and then withdrew from a number of tournaments with a back injury, said he is healthy and ready to play when the Tour resumes.