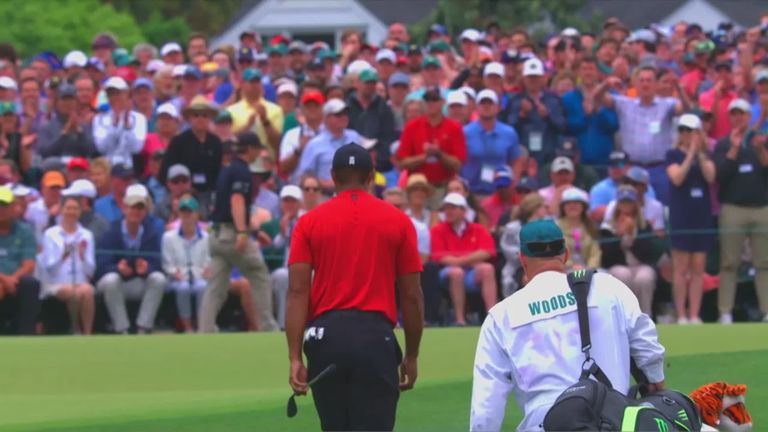 Tiger Woods has celebrated Masters victory five times during his illustrious career, but which was the best of his Augusta victories?

Woods claimed a historic 15th major title in last year’s contest, some 22 years on after celebrating a breakthrough success and maiden Green Jacket as a 21-year-old.

The winning margin to secure his first major in 1997 remains the largest in Masters history, while his two-shot triumph in 2001 saw him complete the “Tiger Slam” and become the first to hold all four majors concurrently.

Woods successfully defended his title a year later to join Jack Nicklaus and Sir Nick Faldo as the only back-to-back winners of the Masters, before recovering from being seven strokes off the pace after the opening day in 2005 to beat Chris DiMarco in a play-off for a fourth Masters victory.

The former world No 1 then had to wait another 14 years for further Masters success in 2009, 11 years on from his most recent major win, as Woods signalled the end of an injury-plagued few years to register a one-shot victory.