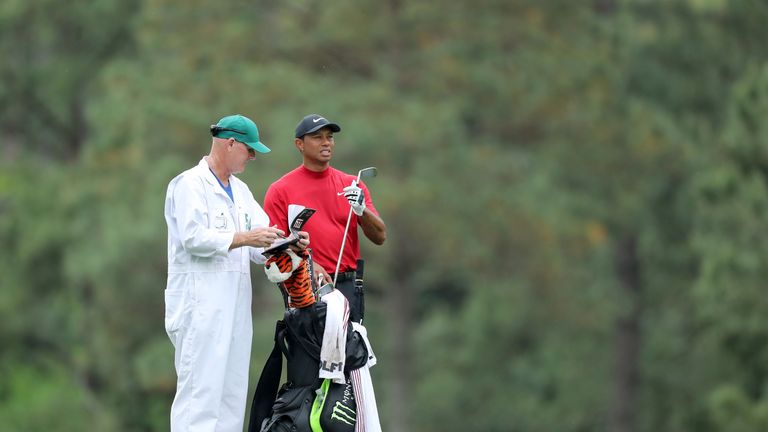 Tiger Woods celebrated a long-awaited 15th major title at the Masters last year, with the final round of his historic success being repeated -in full – on Sunday on Sky Sports Golf.

The former world No 1 went into the final day two strokes back from the then-Champion Golfer of the Year Francesco Molinari, who was looking to become only the fifth player in history to hold the Claret Jug and the Green Jacket at the same time.

Woods started in a share of second alongside Tony Finau and searching for a first major win since his US Open victory in 2008, although arrived at Augusta National knowing he had never previously won a major when trailing going into the final round. Brooks Koepka was three behind in his pursuit of the third leg of a career Grand Slam and Ian Poulter was a further shot behind alongside Webb Simpson, with 94 per cent of all-time Masters wins coming from the top-five after 54 holes.

Molinari began as favourite after making only one bogey over the first three days, taking his total to just six over his previous 163 holes in majors, although Woods – on 11 under – had gone on to win the Masters the previous four occasions he had that score or better after three rounds.

The threat of storms saw tee times brought forward and groups going out in threeballs off split tees on Sunday, putting Woods out with Molinari and Finau in the final group. 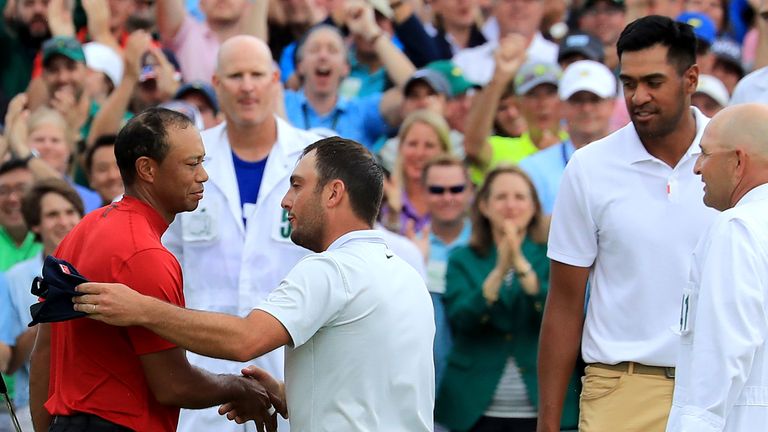 Woods had taken control with three birdies in a four-hole stretch from the 13th to take a two-shot lead to the last, where a closing bogey was enough for a one-shot win and first Masters success since 2005.

The then-43-year-old became the second oldest Masters champion in history and took him within three of Jack Nicklaus’ all-time tally of 18 major wins, with the triumph also equalling the longest period between successive major titles.