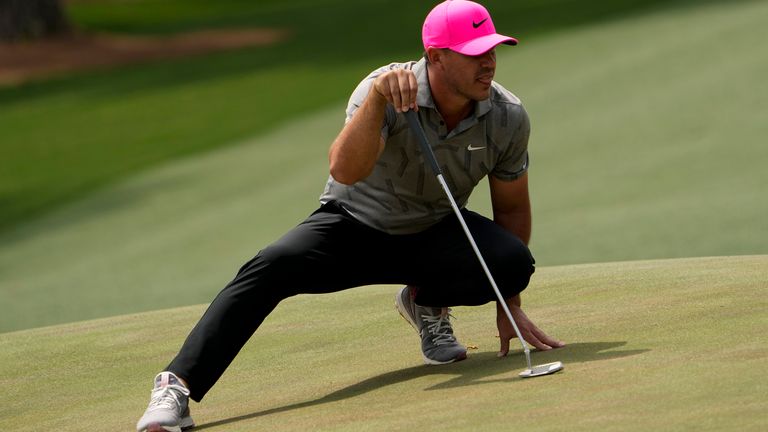 Brooks Koepka admitted he “didn’t play good” as he carded a two-over 74 in the opening round of The Masters, but insisted he had not been troubled by his right knee.

The four-time major winner underwent surgery on March 16 to repair a dislocation and ligament damage to his right knee and surprised many observers when he turned up to play at Augusta National.

Ahead of the tournament he revealed he had had a form of internal brace fitted and his knee was still broken, with bending down and walking downhill both causing him problems.

However, the 30-year-old American appeared to navigate his way around the course effectively enough, adopting his ‘Power Ranger’ pose to read putts.

He was unimpressed with his performance, though, after a run of four bogeys in five holes from the 10th dropped him to four over before he salvaged his round with birdies at the 15th and 16th.

“It [the knee] was fine. Feels all right. I just didn’t play good,” he said. “I just didn’t swing it great. I’m tired right now, I’m not going to lie. But just got to play better. It can get pretty dicey out here if you put it in the wrong spot, the way these greens are.” 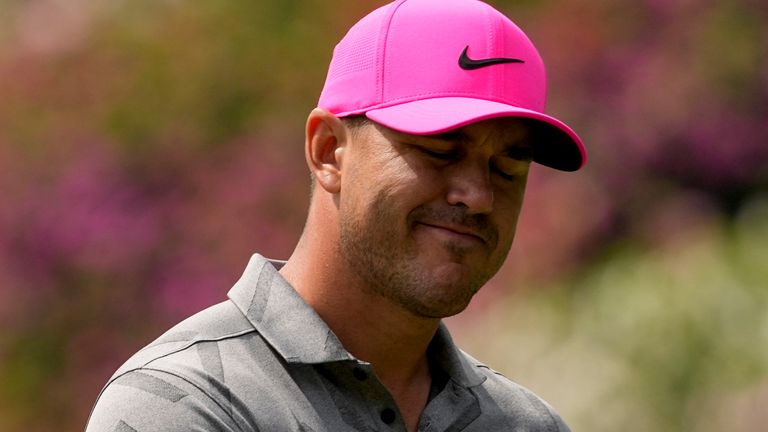 Koepka said his knee had not swollen up during the round and he insists he will not do any further damage by playing this week.

“I can’t hurt it,” he said. “The problem is it’s just all the neurological stuff from your brain to there, firing different muscles. After surgery it takes some time, and the legs are just not strong enough.

“It’s not getting any worse, it’s only getting better each day with everything we do. It feels a hell of a lot better than it did a week ago, put it that way.”

Hovland: I got maximum punishment

Koepka played alongside Norway’s Viktor Hovland, who carded a one-over 73 on his professional debut at Augusta National, and the 23-year-old world No 14 displayed his maturity by overcoming a nightmare start.

Hovland racked up a triple-bogey seven at the par-four first after pulling his drive left into the trees, but got back on track with birdies at three of the next five holes.

He then made three bogeys in four holes from the ninth but once again rallied with birdies at the 13th and 15th for a solid enough start.

“It’s more frustrating when you make a triple bogey in a major championship, you just can’t make big mistakes like that,” he said. “A bogey here and there is fine because you’re going to make some birdies. That’s a little too interesting than I would’ve wanted. “I felt like I drove it okay but I hit some bad drives and I got maximum punished for it. I feel like I’m hitting a lot of good shots, it’s just you’ve got to be so precise out here, and especially when the wind is swirling and the greens being so firm, you’ve got to hit the exact right number, and you can hit a good shot but land it five, six steps too far and you’re in a rough spot.”

On Koepka’s performance, he added: “I didn’t pay too close attention, to be honest. Just from his swings it looked pretty solid. He drove it great today I thought. Pretty long and straight.”