This response came in light of the ongoing saga that has rocked the world of golf surrounding the ever-controversial LIV Golf Series. Koepka was asked as to whether he would consider a switch to the Saudi-backed circuit which would ultimately result in him losing his sacred – to most – PGA Tour card.

Strangely enough, just days after admitting he had not ‘given it much thought’ the four-time major champion was confirmed as the rebel circuit’s latest big money signing. There seems to have been a common theme with LIV members to first of all rule out a move to the Saudi Arabian-funded event before then jumping at the chance to swap their golfing legacy for a multi-million pound payout.

Koepka’s case however is even more astonishing. Following his dismissive comments, the American went on to describe the LIV Golf black cloud hanging over last week’s US Open as a ‘s****y situation’. So ‘s****y’ in fact that the 32-year-old decided to carry on the LIV Golf charade by signing on the dotted line with Greg Norman and his team just one week later. 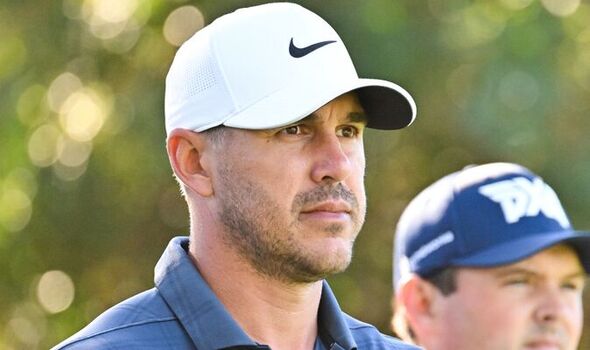 Yes it is true, the ongoing feud between LIV Golf and the PGA Tour did take the shine off a big four days of golf on the course heading into last week’s US Open. But for Koepka to come out and use that as his defence to deter discussion of his inevitable signing up seems a pretty cheap excuse. These comments are only exhibit A of how the American’s Saudi switch looked a tad ironic, after he himself went after LIV Golf’s poster boy Phil Mickelson just a few months ago.

It was of course Mickelson who started this feuding PGA Tour-LIV Golf rivalry, after the 52-year-old went on the attack against the tour in which he had earned £77.3 million in on-course earnings in order to back up Saudi League support. Mickelson remarkably accused the PGA Tour of ‘obnoxious greed’ as he looked to force himself a move to a bank-rolled breakaway series. 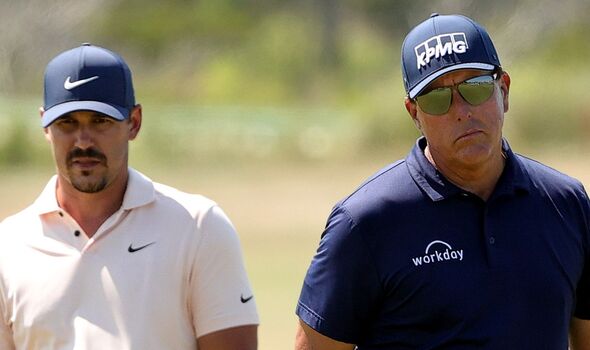 Many were quick to criticise Lefty, including Koepka – who slammed Mickelson for the irony of his claims, but as the old saying goes people in glass houses shouldn’t throw stones, Brooks. Just four months after hitting out at his former Ryder Cup teammate, Koepka himself was signing on the very same dotted line, with an offer – like Mickelson’s – of over £100 million said to be on the table for the American.

Of course Koepka is not the first to throw away a PGA Tour card – and legacy – for a leap in the dark payout, and nor will he be the last. However, the way in which the 32-year-old has gone about his business has no doubt struck a chord with people in the world of golf, and will most definitely not be forgotten.