Ten golfers involved in the highly controversial Saudi-backed LIV Golf Series are set to play the BMW International Open this week. And there is a noticeable theme after the groups were announced for the DP World Tour event.

The event is part of the DP World Tour and the organisation has yet to respond to the threat of LIV. While the PGA Tour took a strong stance as soon as the first LIV event teed off earlier this month, with commissioner Jay Monahan announcing immediate bans for those involved, the DP World Tour is set to lay out their official position ahead of the Scottish Open.

In a letter sent to members last week, chief executive Keith Pelley cited the “complexity” of the situation and said they were “still evaluating an overall course of action”. He said: “We will clarify our position next Thursday, June 23, the day entries close for the Genesis Scottish Open.

“As a result of this timeline, the field for next week’s BMW International Open will not be affected, but please be aware that entry lists and fields for tournaments thereafter might well be.”

JUST IN: Mickelson and co learn Open fate as decision made on Saudi rebels 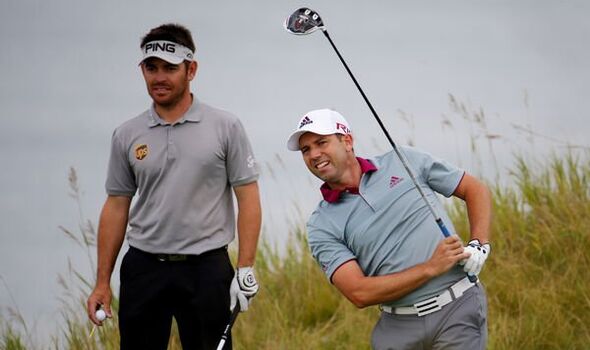 Although an official announcement has yet to be made, interestingly nine of the ten LIV players involved in the BMW International Open have been grouped together. 2017 Masters winner Sergio Garcia has been grouped with 2010 Open Championship winner Louis Oosthuizen and Bernd Wiesberger.

Two-time Major champion Martin Kaymer, meanwhile, will tee off alongside Pablo Larrazabal and Laurie Canter. Oliver Fisher, however, is the odd man out among the rebels as he will play alongside Jack Senior and Gonzalo Fernandez-Castano, neither of whom are part of LIV.

And Golf Monthly speculate the decision to group the LIV players together ‘could be seen as a statement from the powers-that-be that they are not considered welcome’. It comes as the organisers of the Open Championship have confirmed the LIV players will still be permitted to feature in this year’s tournament at St Andrews. 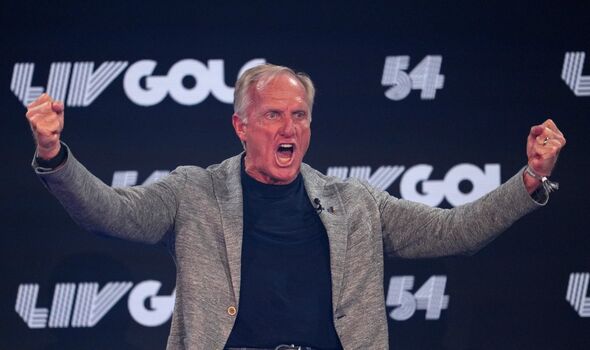 “The Open is golf’s original championship and since it was first played in 1860, openness has been fundamental to its ethos and unique appeal,” read a statement from Martin Slumbers, chief executive of The Royal and Ancient Golf Club of St. Andrews. “Players who are exempt or have earned a place through qualifying for The 150th Open in accordance with the entry terms and conditions will be able to compete in the Championship at St Andrews.

“We are focused on staging a world class championship in July and celebrating this truly historic occasion for golf. We will invest the proceeds of The Open, as we always do, for the benefit of golf which reflects our purpose to ensure that the sport is thriving 50 years from now.”