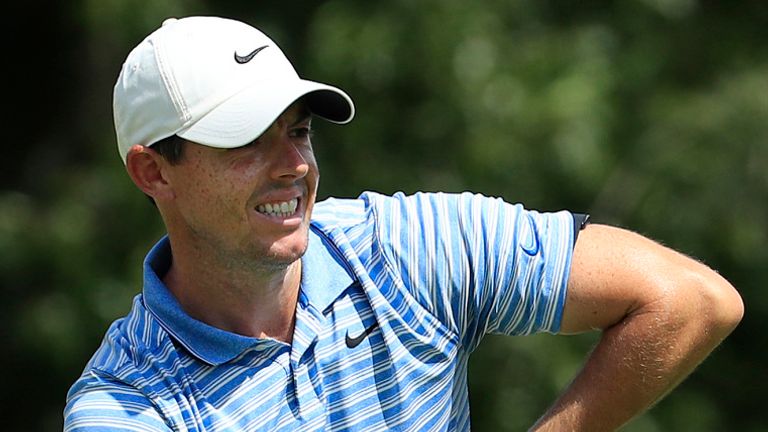 Rory McIlroy continued his encouraging to start to the BMW Championship to move into a share of the halfway lead in Illinois.

The reigning FedExCup champion, without a top-10 on the PGA Tour since the resumption in June, followed his opening-round 70 with a one-under 69 on another tough-scoring day at Olympia Fields.

McIlroy is joined on one under by Patrick Cantlay, who posted a second-round 68, with overnight leader Hideki Matsuyama bogeying two of his last four holes to sit a shot off the pace alongside FedExCup leader Dustin Johnson. Adam Scott, Billy Horschel and Tony Finau are among the group of five players two strokes back, while Tiger Woods – likely to need a top-four finish this week to qualify for the season-ending Tour Championship – fell in to tied-56th after a five-over 75.

Starting the day with a one-shot lead, Matsuyama opened with seven straight pars before chipping in from the back of the eighth green for an unlikely birdie to temporarily go two ahead. 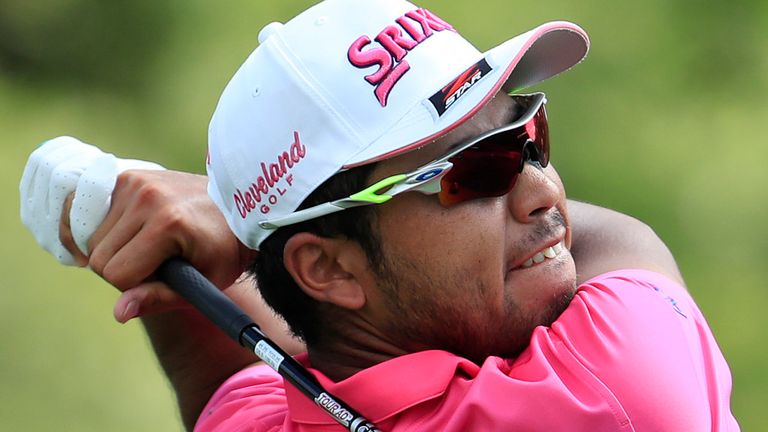 McIlroy, beginning on the back nine, started strongly with two birdies in his opening four holes, with the four-time major champion cancelling out a missed par-save from five feet at the 14th by holing a 40-footer from the fringe at the 16th to reach the turn in 33.

Matsuyama lost his lead after spraying his tee shot at the tenth and then failing to convert a six-footer for par, allowing McIlroy to edge into the lead with a two-putt birdie at the par-five first.

The Northern Irishman bounced back from a bogey at the third to roll in a six-footer at the next and get back to three under, only to give a shot back at the fifth after failing to execute a delicate pitch from just short of the putting surface.

Matsuyama bogeyed the 15th to give the advantage back to McIlroy, who holed a clutch eight-footer at the seventh but failed to get up and down from the sand to save par at the par-three next. 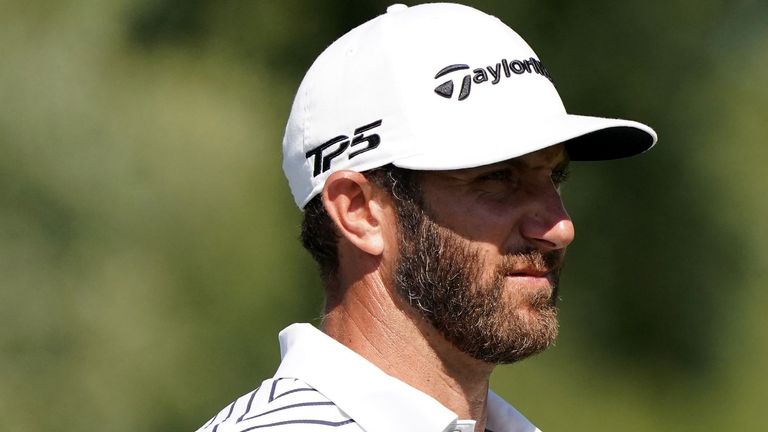 Cantlay followed a hole-out eagle the 11th by birdieing the 13th, with the American then responding to a double-bogey at the 16th by draining a 40-footer at the last to make it a three-way tie at the top.

Matsuyama slipped back to level-par with a penultimate-hole bogey and McIlroy closed with a two-putt par from 25 feet, as Johnson rolled in 10-footer at the 17th and nailed a 30-footer at the last to finish with successive birdies and get within a shot of the lead. Woods slipped down the leaderboard after bogeying the sixth and double-bogey the eighth on his way to turning in 38, with the 15-time major champion following a 15-foot birdie at the 11th with bogeys on four of his next five holes.