Phil the thrill is on fire! Classy second round for veteran Mickelson at the US PGA Championship puts 50-year-old firmly in the hunt to be golf’s oldest Major winner

Phil Mickelson recently accepted a special exemption to play in his hometown US Open in San Diego next month because it looked like that was the only way he could get a spot in the field. Wouldn’t it be something if he actually turned up at Torrey Pines as the oldest major champion in history?

Yes, Phil the thrill is at it again, and never mind that he turns 51 next month. On another wild day at the 103rd US PGA Championship, Mickelson followed up his opening round of 70 with a 69 to assume the 36-hole lead.

‘I expect him to contend over the weekend and I wouldn’t put it past him to be standing here on Sunday night with the Wanamaker trophy,’ said his playing partner, Europe’s Ryder Cup captain Padraig Harrington. 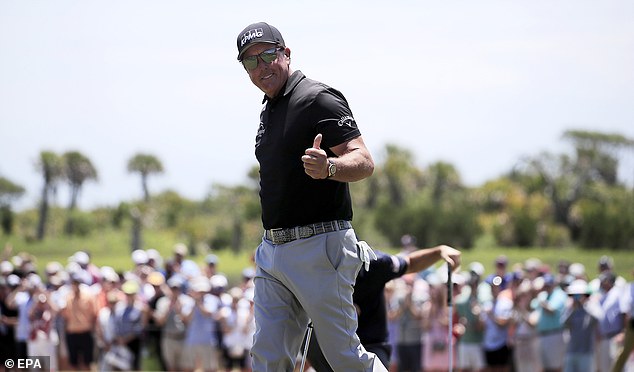 ‘He has the bit between his teeth and he believes he can do it in these conditions. Even second would be a disappointment to Phil.’

Mickelson, for his part, gave a cute response when asked about his lofty status at halfway.

‘If it was Sunday night and you’d told me that I was leading then I’d really have enjoyed that, but right now it’s nothing more than a great deal of fun,’ he said. 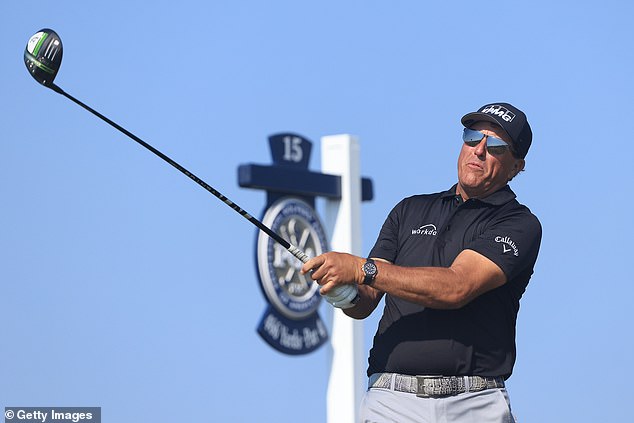 As ever, it was fun watching him, with his enormous gallery – are there really only 10,000 people allowed in here? – revelling in his magic.

On an Ocean Course that places huge strain on the scrambling abilities of every player, we’ve been treated to another exquisite demonstration from the man with arguably the greatest short game of all.

Just to complete his day, as he finished with a two-stroke advantage from the morning wave over South Africans Branden Grace and Christiaan Bezuidenhout, it was clear he had been favoured with the luck of the draw. As he left the property, the wind was freshening for the afternoon wave.

It was at the US PGA in 1968 that 48-year-old Julius Boros became the oldest major winner. In the last 15 years, the fiftysomethings have certainly had their moments. 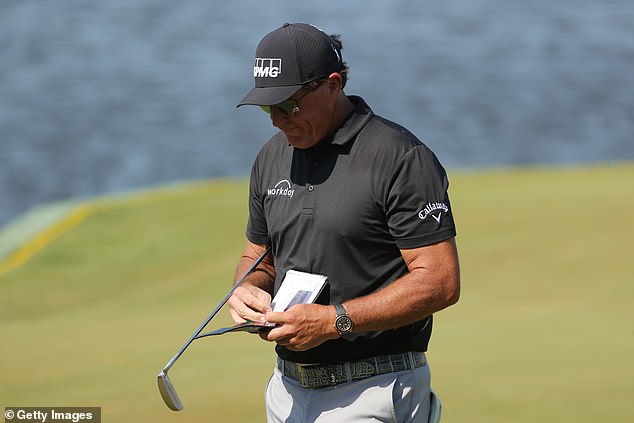 As the day unfolded, there was barely a player ranked in the world’s top 20 close to Mickelson

Greg Norman, aged 53, led the Open after three rounds at Birkdale in 2008 before settling for tied third. The following year, there was Tom Watson’s heart-breaking near miss at the age of 59.

If it is to ever happen, it will be on a links course where distance is less a factor, or a faux-links such as this one.

Mickelson and Harrington first met when they were on opposing sides at the 1991 Walker Cup at Portmarnock and they’ve gone on to win eight major championships between them.

It’s not just Mickelson who can still play, either. Harrington actually looked as if he would end up with a better score until he made a mess of the easier downwind holes to complete his round. 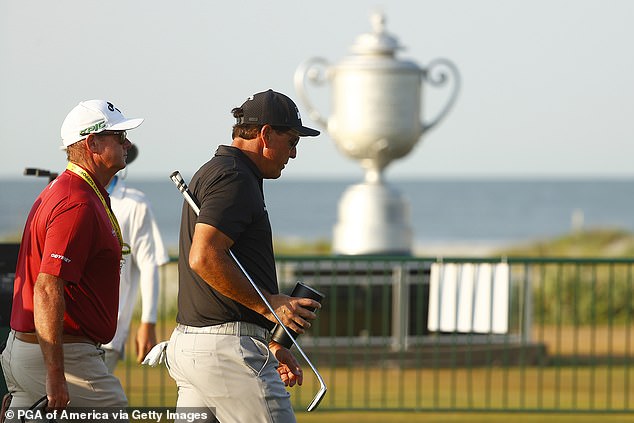 As ever, it was fun watching Mickelson, with his enormous gallery, and revelling in his magic

After starting from the 10th, Mickelson came home in 31 shots with four birdies in his last six holes. Harrington, who turns 50 in August, played the same stretch in two over to finish with a 73 to be six behind.

As the day unfolded, there was barely a player ranked in the world’s top 20 within close proximity of Mickelson.

Dustin Johnson was playing a major in his home state for the first time but, like his defence of the Masters last month, he will have another weekend off following rounds of 76, 74. He’s the first world No 1 to miss consecutive cuts in majors since Norman way back in 1997.

Jordan Spieth, in such good form coming into the event as he went in search of the career Grand Slam, had two of the worst putting rounds of his career for scores of 73, 75 to be on four over par – one shot outside the projected cut when he finished. 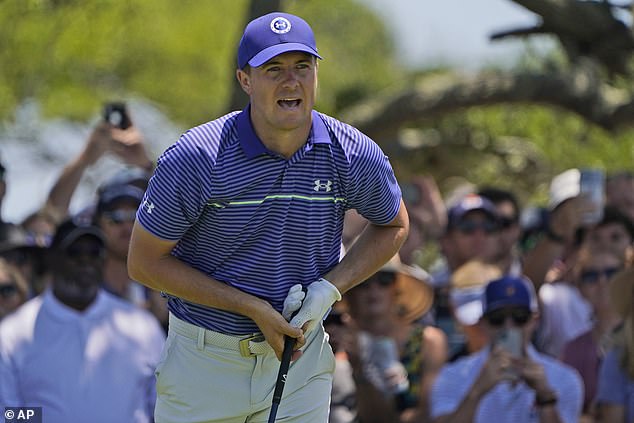 There was no need to look hard to see where much of the damage was inflicted. There was hardly a player in the field who didn’t have lumps taken out of them by the tortuous five-hole finishing stretch.

A couple of the tees were moved up but it still didn’t deliver much comfort.

Grace was the clear leader on six under par until he finished with a double bogey, bogey.

Then there was Ian Poulter. After starting out with a 74, he began the round needing to card a decent number simply to make sure he was around for the weekend.

His focus shifted considerably following a bonus eagle three at the 7th, where he holed from a waste bunker. 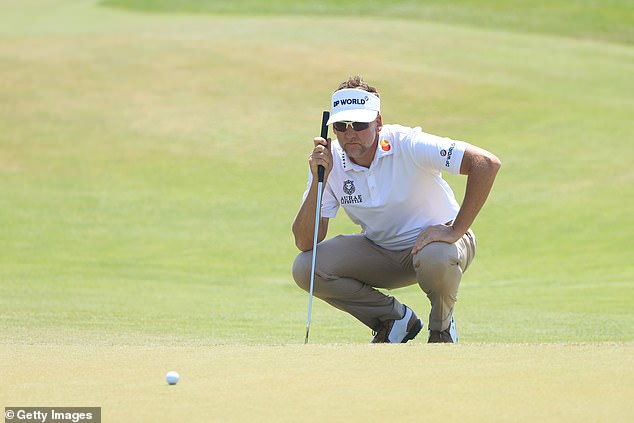 Ian Poulter must have been the only man disappointed with a 70, but he’s just five off the lead

With the wind picking up and momentum in his sails, the irrepressible Englishman took advantage of the favourable breeze from the 9th to register three birdies in a row. From down among the strugglers at the start, he was up to tied second, and a sensational six under par.

His problems began at the last of the downwind holes, the 13th, where he registered his first bogey of the day. Another followed quickly at the 14th and then another at the par five 16th.

At the short 17th he was miles off line with his tee shot. Another bogey. He must have been the only man at Kiawah disappointed with a 70, but he’s only five off the lead.

Sadly, the wind is due to switch on Sunday, and the final five holes will lose their teeth. A shame for us, but sweet relief for the men who have to play them.