Ian Poulter snapped back at a reporter when asked about how he was booed during the opening round of the 150th edition of The Open at St Andrews. The Englishman is one of a number of players who have turned their back on the PGA Tour in order to play in the lucrative and controversial Saudi-backed LIV Golf Series.

The second LIV Golf event took place in Portland, Oregon earlier this month and the field showcased nine of the last 21 major winners, four former World No. 1 players and nearly half of the field currently ranked in the top 100. Several of the world’s most prominent players have decided to switch to LIV Golf, including the likes of Phil Mickelson, Dustin Johnson and Brooks Koepka.

Branden Grace, who became the first man to record a sub-63 score in a major when he shot a 62 (8-under-par) in the Open Championship in 2017, secured a two-stroke victory. Grace also bagged a £3.37 million payout – more than the £2.56 million awarded to Englishman Matt Fitzpatrick for securing the coveted US Open title last month.

Poulter did not respond kindly when asked about the support for him at St Andrews amid his commitment to LIV Golf. The 46-year-old said: “It’s amazing how we still talk about one person that’s 100 yards down the 1st, where there’s conveniently a microphone positioned way down halfway down the stand and some young guy says boo, and it comes over on the TV. And you all assume I’m being booed on the course. 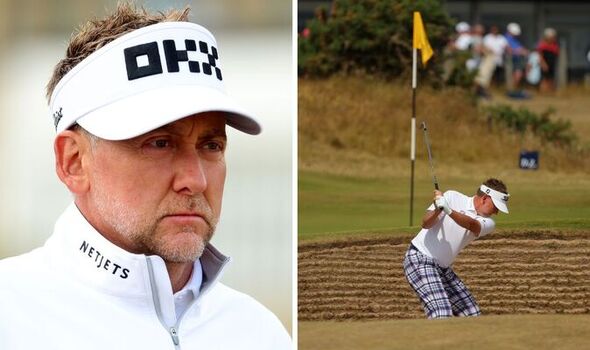 “If you guys continue to write that there are people and there’s negative comments and there’s boos, then unfortunately that’s not a true reflection of exactly what happened.”

American broadcaster NBC largely ignored the LIV Golf defectors amid the rise of the controversial Saudi-backed tour. In fact, Johnson is the only LIV representative among the contenders as he sits at 10-under – six shots off the lead heading into the final round. 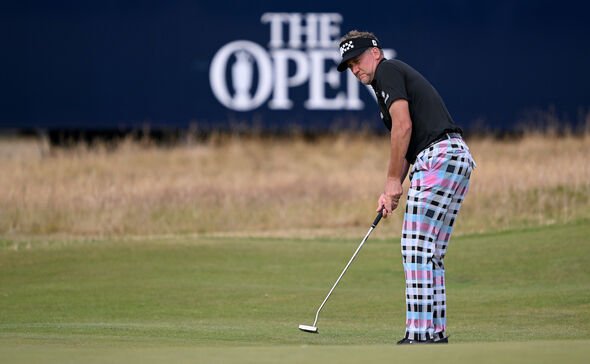 Poulter finished his exchange by asking the reporter to note that he had actually been cheered on the Old Course on Saturday. He added: “It would be a fair reflection of actually what’s happening, rather than this continual press of let’s lead down the path of players being booed who have joined the LIV tour.

“Let’s just say that, right? Fair, respectful, honest journalism would be great because it would be the truth.”

Poulter’s Ryder Cup teammates Rory McIlroy and Viktor Hovland are tied for first place with one round remaining at St Andrews. Both men are 16-under heading into the final day.