Brooks Koepka is seemingly hellbent on proving the wisdom of the old saying ‘beware the injured golfer’.

Just three weeks after surgery for a dislocated kneecap, the American is so desperate to play in the Masters he has been having rehab for up to seven hours a day.

It appeared to be working, too, as he went through his paces on the practice ground under the shrewd eye of his coach, Yorkshireman Pete Cowen. 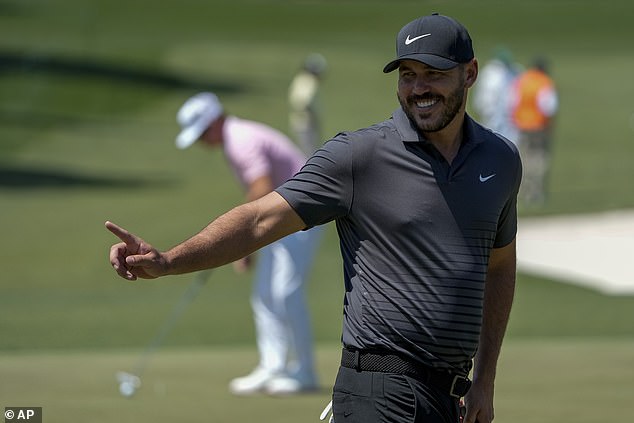 Koepka appeared to be walking gingerly when he played nine holes on Sunday but was healthy enough to follow his practice session on Monday by playing another nine.

The four-time major winner is talking a good game as well. ‘I wouldn’t be here if I didn’t think there was a chance I could win,’ said the 30-year-old, who finished one shot behind Tiger Woods in 2019.

Meanwhile, Matt Wallace arrived in Augusta in buoyant mood following a third-place finish at the Valero Texas Open that transformed his status on the PGA Tour. 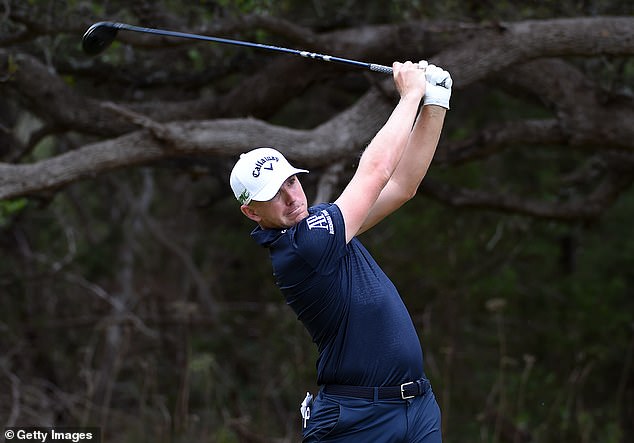 The Englishman only committed to play in San Antonio at the last minute but was certainly glad he did after banking $540,000 (£388,000) and moving up the US rankings to the point where he no longer has to rely on sponsor’s invites.

It ended a bumpy run for the 30-year-old Wallace and followed several heart-to-heart discussions with manager, Chubby Chandler.

‘There were too many people he was listening to but we’ve simplified things and given him some clarity,’ said Chandler.

‘What was great for Matt was that he played properly last week — he wasn’t relying on streaky putts to finish third. His coach Liam James is doing a great job and having an experienced man on the bag like Gareth Lord (Henrik Stenson’s long-time caddie) is also a big help.’