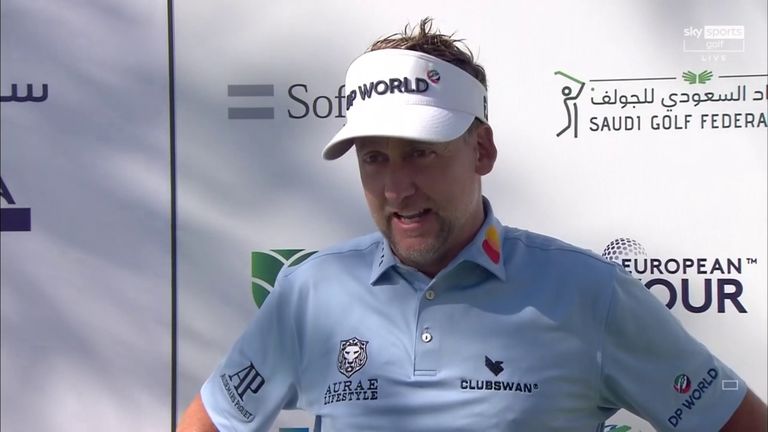 Ian Poulter was critical of his own performance after being unable to build on a fast start to his third round at the Saudi International.

The Englishman carded a three-under 67 at Royal Greens Golf and Country Club to get to seven under and within six strokes of leader Dustin Johnson, although was angry at himself for not moving further up the leaderboard.

Poulter birdied five of his opening 10 holes and had putts for birdie on each of his opening 11 holes, only for him to bogey the 14th and drop another shot at the par-five last after finding water with his approach. 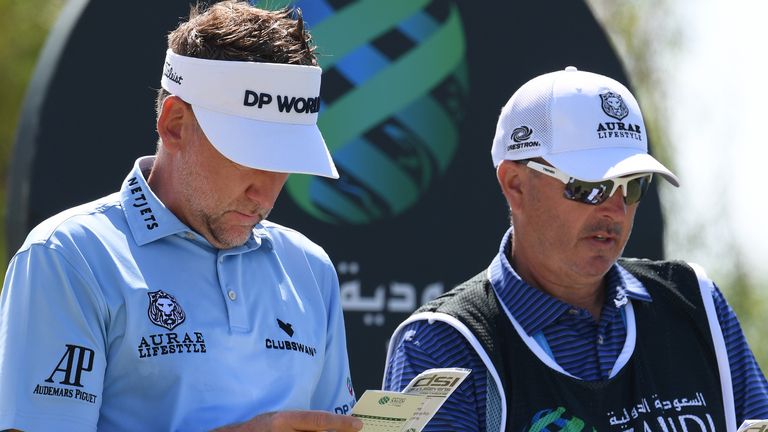 “I should be 11 under through 11 [holes],” Poulter told Sky Sports. “That might have been probably the best golf I’ve played through 11 holes.

“Without taking the proverbial, I had 11 great opportunities and I only took five of them at that stage. I was five under at that point, but five under and really disappointed. It’s utterly disgusting is what it is, I’ve shot three under par and I’m fuming.

“I can’t play better golf; you can’t put it in a position to have 11 to birdie inside 20 feet and most of those were comfortably inside 20 feet. A few putts are just sliding past and I can’t really do more than I’m doing, it’s just really annoying.”

Johnson returned early on Saturday morning to close out a second-round 64 and get within a shot of the halfway lead, before birdieing the final two holes of his third round to post a four-under 66 and open up a two-shot advantage. 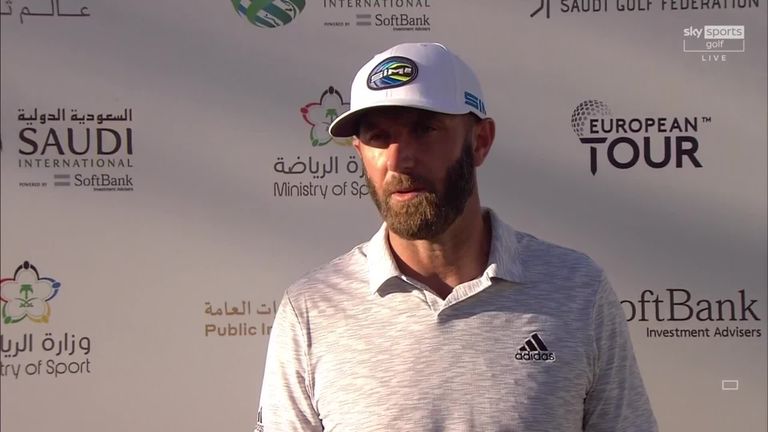 “It was a good finish,” Johnson said. “Felt like I played really well all day, other than 13, but I didn’t think I hit that bad a shot. I pushed it a hair right of the flag but just came up well short of where I thought it would and ended up making six there.

“Other that than that, I drove it well and hit a lot of really good iron shots in there to give myself a lot of good chances at birdie. Didn’t hole a whole lot of putts, but finishing nicely definitely helped the day out.”

Who will win the Saudi International? Watch the final round live on Sunday from 8.30am on Sky Sports Golf and Sky Sports Main Event.