Wentworth, England: Rory McIlroy invited the questioners to “bring it on” after one apologised for bringing up the vexed issue of LIV Golf at the pre-tournament press conference, the world No.3 seemingly relishing the role he has assumed as players’ spokesman for the US PGA and European tours (OK, two of them), and the majority of their members.

McIlroy could be forgiven for being world-weary after 18 months of rumour and counter-rumour and in which time he has failed to add to his total of four major titles, the last of which came in 2014. Instead, it seems to have lit a fire under the 33-year-old as he embraces the increasingly fraught situation, with two tournament wins already and top-10 finishes in all four majors. In that time he has pulled no punches in dismissing LIV Golf and its players, some of whom are long-standing colleagues and former Ryder Cup teammates.

The Greg Norman-organised, Phil Mickelson-recruited and Saudi Arabia-backed but unsanctioned LIV tour has also seen Tiger Woods, who turned down a “high nine-digit offer” to join the 54-hole, shotgun-start series, take a major lead and castigate those who took deals. But it has fallen to the Northern Irishman to do most of the talking for his Jupiter neighbour as the 15-time major winner eases his way back to fitness after the 2021 car crash which shattered his right leg.

“You need to give someone the ambition or opportunity to know that if they are playing on the [second-tier] Challenge Tour that whatever it is, in a year’s time, two years’ time or five years’, that they can be challenging for major championships, which are the pinnacle of our sport.”

Woods got publicly involved again last month and with McIlroy hosted a players’ meeting in Delaware during the FedEx Cup play-offs and where a range of new proposals for US Tour players – including one for a dozen 60-man tournaments with no cut and US$20m ($30m) purses – were put forward and which are likely to be adopted from next season. 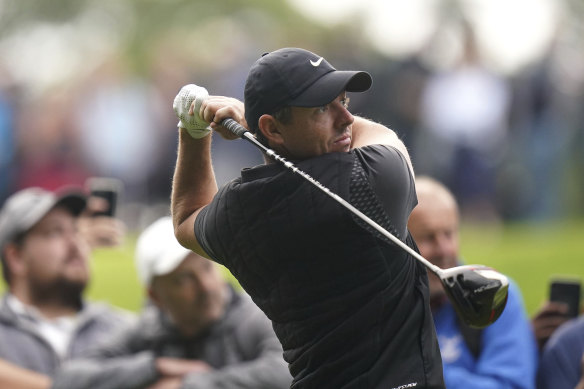 Rory McIlroy said it was “hard to stomach” sharing a course with his former teammates and LIV Golf defectors.Credit:PA

McIlroy, who had a public dig at Norman in June after he overtook the Australian’s record of 20 US PGA Tour wins, won that FedEx Cup for a second time and afterwards stated it will “be hard for me to stomach going to Wentworth and seeing 18 [now 17] of them there”. Once there he said “we are all going to go play 72 holes, which is a novelty for them at this point”, admitted he barely has a relationship with his former teammates Lee Westwood, Ian Poulter and Sergio Garcia and suggested that the way back for LIV players who may changed their minds would be “through Qualifying School”.

At issue is the LIV players’ contention that they should be free to drop back on to their tour to top up their world ranking points, with only the top 50 guaranteed places in a season’s four majors. The two tours contend, and a court in the US agreed with them, that the LIV players have taken fees which negate that right but in July a British court sat on the fence when three LIV players, one of them Poulter, sought a ruling to allow them to contest the Scottish Open and were successful. The full hearing will take place in February.

That created the loophole which saw 17 of those who played in the LIV tour’s Boston event last week tee it up at Wentworth although several are US-based and had never shown any interest in the tournament. By virtue of turning up they had squeezed out 10 lesser-ranked European tour players.

Several of the LIV converts have been provocative on social media for months, leading the DP World Tour’s (formerly the European Tour) chief executive Keith Pelley to this week appeal to the players to not show disrespect by “parroting LIV’s talking points”. Some of those players had also attended and made their voices heard at the Tour’s AGM on Monday and a players’ meeting on Tuesday. 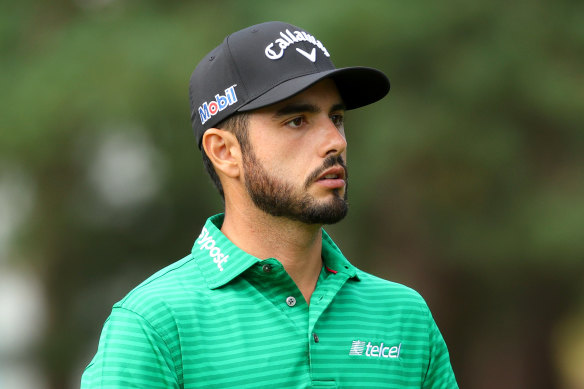 All had been excluded from Wednesday’s pro-am, airbrushed from the promotional material and asked not to wear LIV logos on their apparel, although Poulter and Westwood ignored that during the first round and displayed their team’s logo.

Another of them, 2018 Australian Open champion Abraham Ancer, of Mexico, had a decent first-round score of four-under 68, the same total as McIlroy, but was not shown in Sky TV’s live coverage. Play was called off on Thursday with 30 players still on the course as the news of the death of Queen Elizabeth filtered through. Jason Scrivener was the best-placed Australian at six-under, two shots behind hometown leaders Tommy Fleetwood and Andy Sullivan.

No play will occur on Friday when a statement is expected from organisers.

McIlroy did not attend that players’ meeting – “I’ve been in the middle of this for a year and a half and know exactly what’s happening and coming down the pipeline” – and said that he did not want to put himself in a position “knowing who was going to be in that room”. And when asked about the prospect of battling it out for the win with a LIV player on the back nine in the fourth round, he said: “I’ll be trying to win a golf tournament regardless. They are going to be pretty tired on Sunday – it will be the fourth day.”

Sometimes it is hard to know whether he is joking or not.