Tyrrell Hatton won the last tournament before lockdown on a brutal day at the Arnold Palmer Invitational in Orlando.

One hundred and five days later, in his first event since the resumption, the Englishman is in pole position to win again in Hilton Head and so complete a remarkable double.

To put that possible feat into perspective, it would be two more PGA Tour wins than Hatton’s idol Colin Montgomerie managed during the whole of his illustrious career. 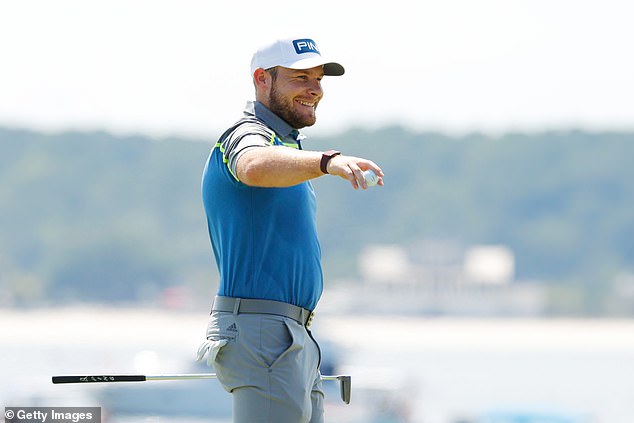 The 28-year-old from Marlow doesn’t feel like he’s playing well in the RBC Heritage but it’s certainly not reflected in his scores. He followed up his 64 on Friday with a 63 on Saturday to be part of a four way tie for the lead with Americans Webb Simpson, Ryan Palmer and Abraham Ancer from Mexico.

In clement conditions a world away from what he faced at Arnie’s event, Hatton is proving to be a man for all seasons, although clearly he will need another low round to win today. All told, there are no fewer than 27 players within four strokes of the lead, including fellow Englishmen Ian Poulter (67) and Matt Fitzpatrick (68), who are two shots adrift.

The third round took place amidst the sombre aftermath of American Nick Watney becoming the first golfer to test positive for Covid-19 on Friday night. 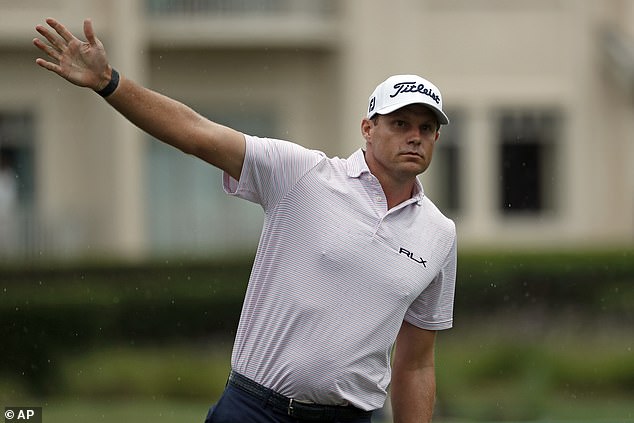 Nick Watney, pictured on Thursday at the RBC Heritage event, has tested positive for Covid-19

Imagine the mood at PGA Tour hq in Florida, as they awaited the results of 11 players and caddies who were traced and tested in the wake of Watney’s misfortune.

It’s no exaggeration to say the immediate fate of the tour and tens of millions of dollars hung in the balance. As Brooks Koepka said: ’Let’s hope it stays with Nick and hasn’t spread, otherwise we’ve got a big issue on our hands.’

Among those tested was Sergio Garcia, who flew by private plane with Watney to the tournament; Watney’s two playing partners in the first round, Luke List and Vaughn Taylor, plus their caddies.

As the third round began, the outcome was revealed – all 11 tested negative. Cue sighs of relief, although a sense of nervousness remains. 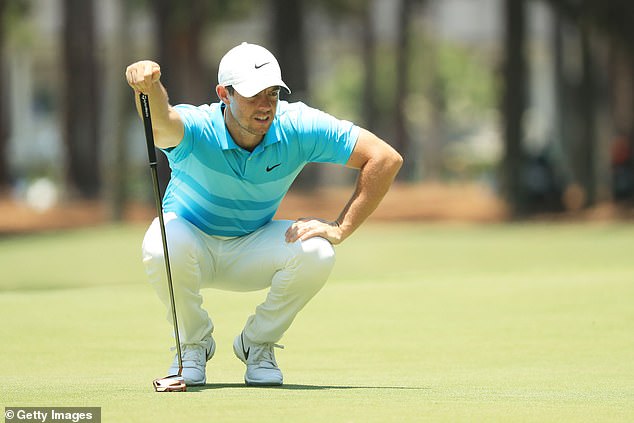 Last evening was another big one testing-wise. The tour moves on to Connecticut next week and approximately 100 players going on the tour’s chartered plane tomorrow were tested. Anyone testing positive would not be allowed to compete in the Travelers Championship, featuring nine of the world’s top ten.

Given his preparation, Garcia put in quite the performance yesterday, a 65 leaving him just two shots behind Hatton, in search of his first win in America since his victory at the Masters in 2017.

World number one Rory McIlroy has shown plenty of grit to bounce back from an opening 72 that left him 117th. When he finished his third round 66, he was actually inside the top 10 but, such were the perfect scoring conditions, he finished in a tie for 28th alongside Justin Rose, who shot the same score.

As for Watney – mercifully, he is already feeling a lot better.