‘Jesus Christ, I’m leading the Masters by four shots’: Easter Sunday evokes memories of moment Bernhard Langer Lorded it at Augusta back in 1985

The most important day in the Christian calendar has often coincided with an equally joyous one for golf followers.

On Monday morning, in the faithful town of Augusta, they should have been enjoying the afterglow of the 18th Masters staged on Easter Sunday.

The patrons would have gone to church early before going home to change. They would have passed the pavement preachers on Washington Road, with their homemade signs and homespun messages. 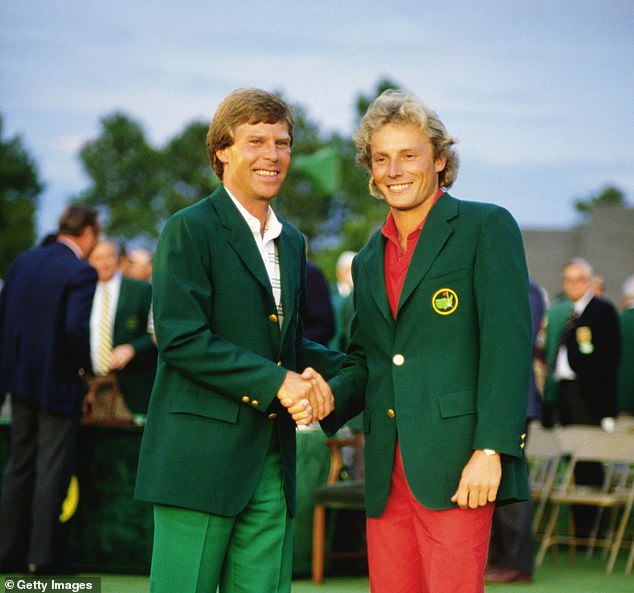 They would have entered the grounds of their sporting cathedral for another spring ritual of untold promise and renewal.

A special morning service would have been held there for any player who wanted to attend. On occasion, the peace that golfers have found in that spiritual setting has clearly helped them in their afternoon quest for a green jacket.

What a list the winner would have joined. Arnold Palmer won his first green jacket on Easter Sunday in 1958. Gary Player, the first international champion, claimed the second of his three wins on that day in 1974.

Jack Nicklaus, the other member of the Big Three, became the first player to defend the Masters successfully on Easter Monday in 1966, following an 18-hole play-off.

Nobody has an Easter story, though, quite like that of the two-time Masters champion Bernhard Langer, with an ethereal tale that connects the dots between his triumphs in 1985 and 1993. 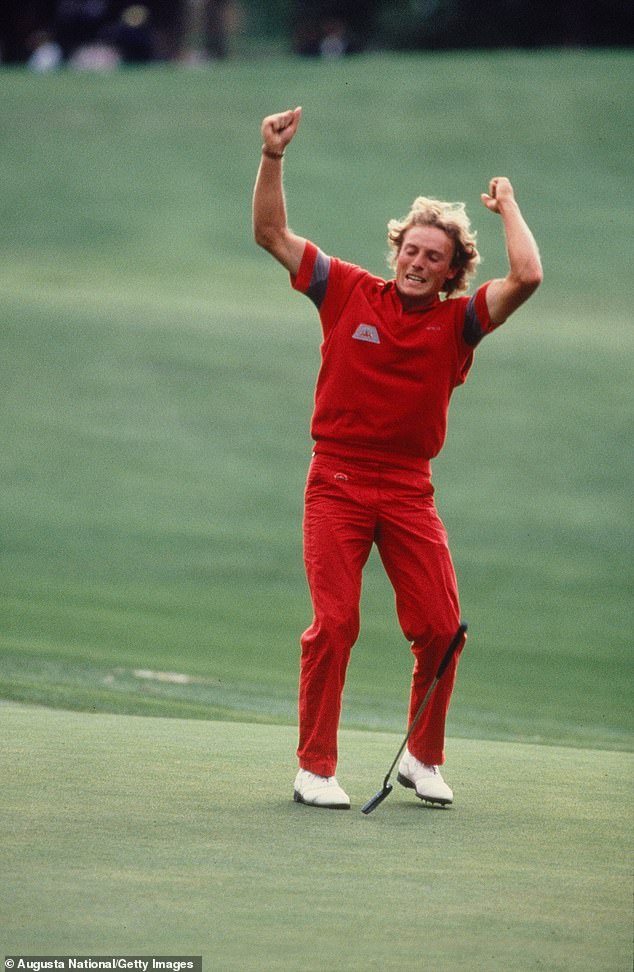 When he looked up at the leaderboard by the 10th green during the final round in 1985, he struggled to comprehend what he was seeing. ‘Jesus Christ, I’m leading the Masters by four shots!’ he exclaimed, live on television.

Some time later, the German would ruefully recall: ‘I might have been the first sportsman to take the Lord’s name in vain live on television, but back then I didn’t know any different, it was just a saying to me.’

The following week, he was playing at the Heritage Classic on Hilton Head Island, South Carolina, an event he would also win.

Before the final round on Easter Sunday, the former choir boy who was raised a Catholic decided to attend a bible study class.

It would be wrong to say he experienced an epiphany. But it did begin a journey of faith that continues to this day and reached its apex when he holed the winning putt on Easter Sunday in 1993. 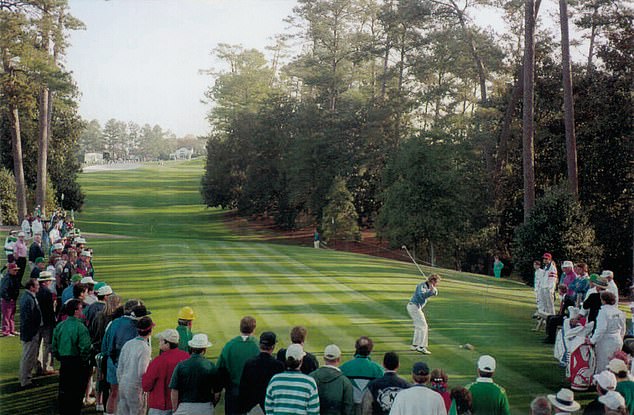 The man who was often accused back then of never smiling looked as if he might never stop.

‘I was just so overcome with happiness,’ he explained. ‘I wanted to win to celebrate the Lord’s name this time and it turned out to be the greatest day that I have ever enjoyed in golf.’ During the prize ceremony, Langer might have achieved another TV first.

Though it is common now for sportspeople to praise God when they win, Langer might have started it with his thankful words at the end of that Masters.

Two subsequent winners of the tournament on Easter Sunday — Zach Johnson and Bubba Watson — did so after attending the morning service at Augusta National, at which Langer has often spoken.

Johnson was an unlikely winner in tough conditions in 2007. The par fives are always the scoring holes for any prospective champion but how was Johnson going to conquer them? So short off the tee, he never went for a single par five in two on any day. 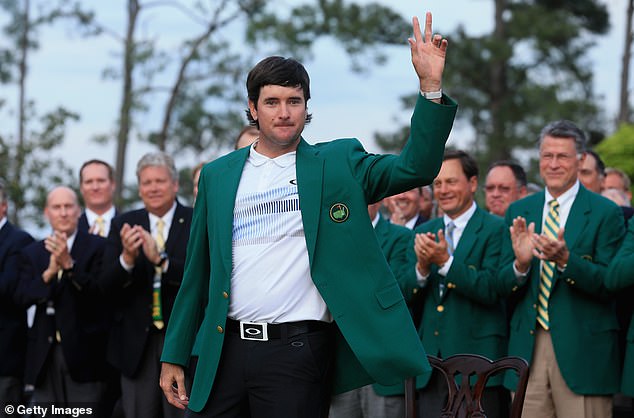 But that doesn’t matter if you have a gossamer touch with a wedge and a putter. He still birdied 11 of the 16 par fives he played over the four days to beat Tiger Woods.

The last Masters to be held on Easter Sunday could hardly have provided a greater contrast.

While Johnson was the arch tactician, the enormous-hitting Watson played like a man who’d never had a lesson in his life — which he hadn’t. What a talent though, perhaps as natural as any the game has seen. The shot that won him the title in 2012 was a stunning example.

Watson shaped an extraordinary wedge approach from the trees at the second play-off hole, the 10th, bending it at least 20 yards in the air, to beat Louis Oosthuizen.

That was the last of five Masters in a row staged over Easter to be won by a first-time champion. 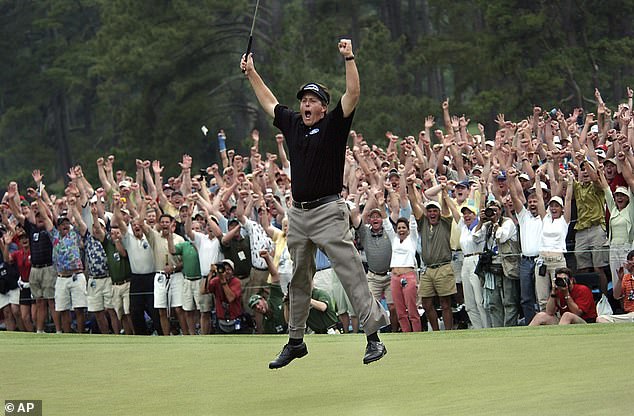 Phil Mickelson finally got off the mark in majors when he birdied the 18th to win in 2004, while Angel Cabrera became the first South American to win the Masters on Easter Sunday in 2009.

As not one of the world’s current top five has won the event — and only Adam Scott and Patrick Reed of the top 10 — there was every chance the run would have been extended.

The sequence began with Mark O’Meara’s victory in 1998 and an Easter Sunday of some personal significance.

It remains the only day’s play at Augusta that I have missed since the first of Langer’s victories.

My wife, Paula, had gone into labour, so I got the first flight home.

Fortunately for me, though not so for my wife, the labour took so long I got home in time to see O’Meara’s winning birdie on TV before our son was born on Easter Monday. Currently isolating in Cardiff, happy birthday, Conor!