The hardy golfers of Morley Hayes in Derbyshire waited until just one minute after midnight on Monday to resume play as England finally got back to recreational sport.

Seven teams of four utilised the floodlights at their course to play seven holes in aid of Breast Cancer research.

At daybreak many more thousands were teeing off around the country as restrictions were relaxed, with Four Balls being allowed in England but only pairings permitted across the border in Wales. 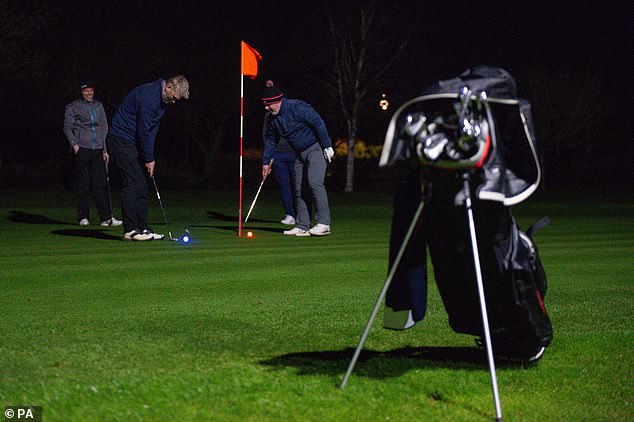 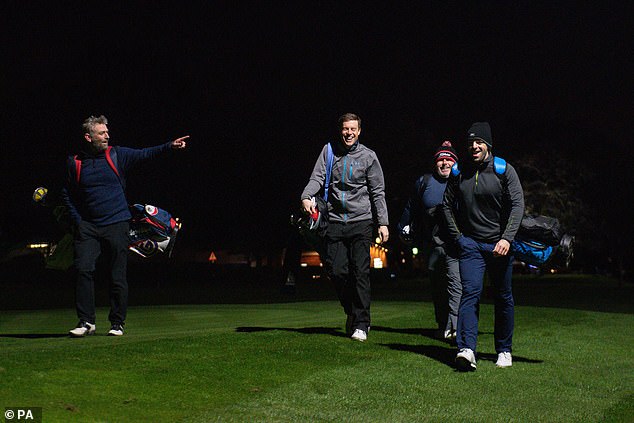 They were joined by an army of tennis players keen to resume their hobby in the Spring sunshine.

Former British number one Andrew Castle, now a sports broadcaster and radio talk show host, had booked a game of Padel tennis at 8.30am, and has reserved games of both lawn tennis and golf later this week.

‘Best of all it’s a chance to see mates again and have a laugh, because we haven’t had many of those in the last few months,’ he said.

‘It has been very frustrating to me that the government decided to close down golf, tennis and other sports outdoors because there was no evidence that this was contributing to the spread of the virus. But now it’s great to be back out in the fresh air and doing healthy activities.’

Golf and tennis clubs ended up enjoying a participation boom last summer as they were the first sports to be allowed back. 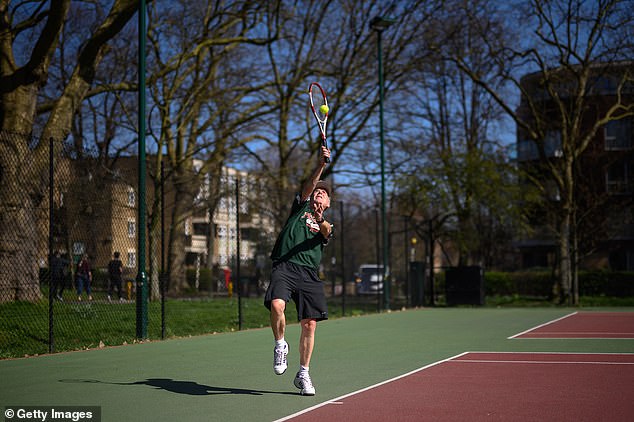 According to the Lawn Tennis Association there were 22,000 hours of advanced court booking on their digitalised system for yesterday, a rise of 38% on May 13 last year, when play opened up after the first lockdown.

There will be more competition this time with a larger range of outdoor sports available to play as relaxations are eased.

Cricket nets were back open for business yesterday, with club leagues in the north of England due to start on April 17 and further south at the beginning of May.

Not that everything is sure to go to plan. Top university team Durham were due to play a two-day friendly against Durham’s professional county team at their Racecourse ground yesterday, but it was called off on Sunday night.

Police feared that too many spectators might turn up at a venue that has a public river walkway alongside it, and deemed that they did not have sufficient resources to oversee it properly.