Darren Clarke became only the fourth player to win the Open and Senior Open double with a one-shot victory at Gleneagles yesterday.

The 53-year-old from Northern Ireland birdied the last to hold off the challenge of US Senior Open champion Padraig Harrington to claim his first senior major title on 10-under par.

England’s Charley Hull came up two shots short in her bid for a first major as Canadian Brooke Henderson won the Evian Championship in France. 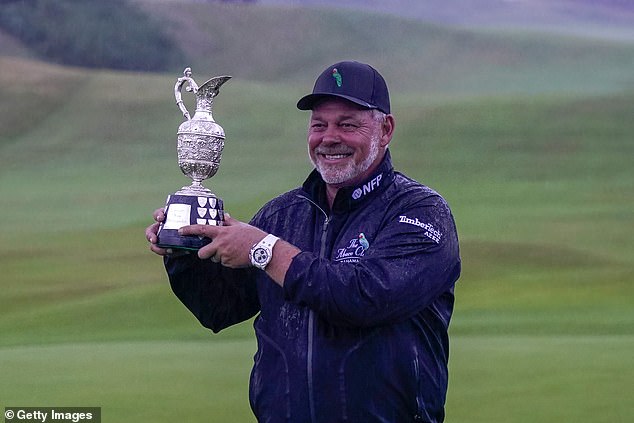