Inside Cam Smith’s beer-fuelled British Open celebrations as Aussie skols booze from the Claret Jug, struggles to put golf’s most prestigious trophy into an overhead locker and takes it to bed with him

It’s been one heck of a party for Queenslander Cam Smith and the iconic Claret Jug ever since he won the British Open on Sunday.

There was no first-class seat or private jet waiting for the 28-year-old golf star and his prized possession on Monday.

Instead, they flew economy class with the rest of the travellers and a hilarious image of Smith trying to stuff the Jug into the overhead locker has emerged.

There was no way he was letting the prize out of his sight, not even for a second, so checking it in was not an option. 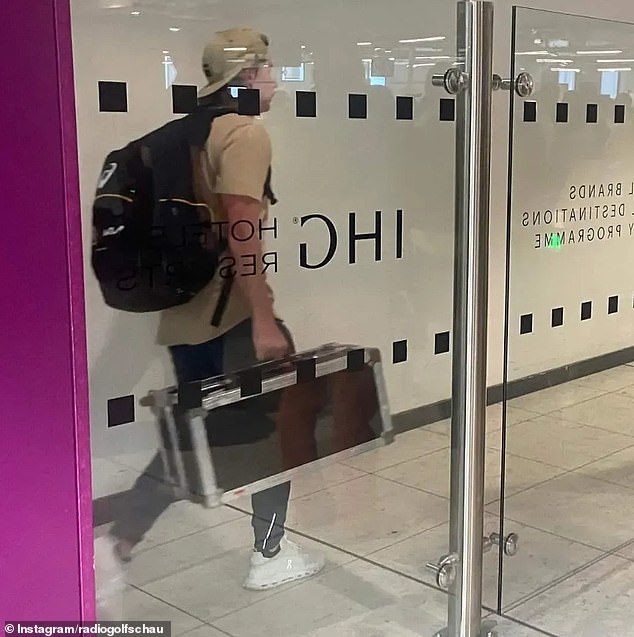 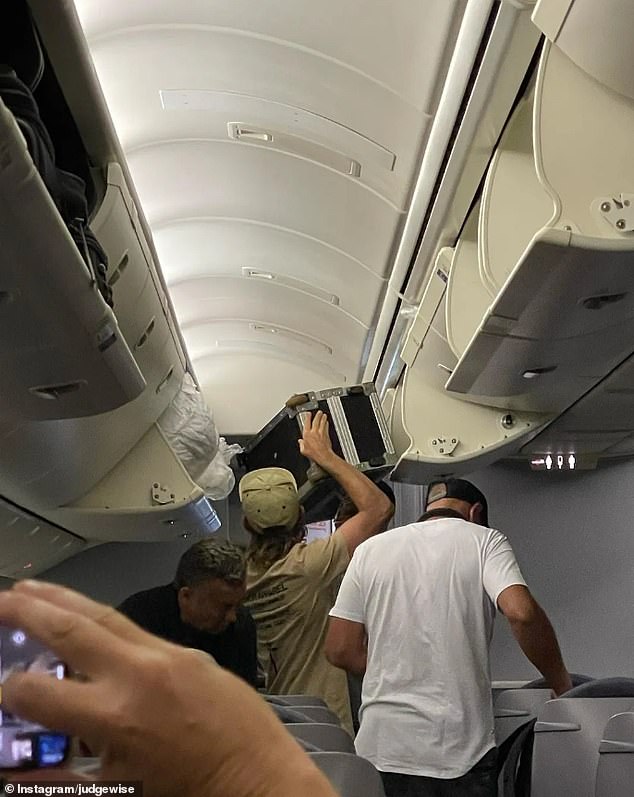 It’s not going to fit, mate! Smith tries his hardest to stuff the Claret Jug into an overhead locker after he kept it by his side the entire time he went through the airport for his flight back home

After a brief chat with security at the checkpoint he was given approval to take it onboard with him, much to the delight of fellow passengers and golf fans online.

‘Why not just buy a second seat for the Claret Jug?’ one suggested.

‘Surely an upgrade is in order for The Champion Golfer of the year,’ another suggested.

There was a cheeky dig at rumours Smith is going to jump ship to the rebel LIV Golf competition with one fan posting: ‘I think I saw some extra room on the LIV jet.’

‘Looks like he’s flying coach. I think he can afford a 1st class ticket. If he can’t, LIV here we come,’ said another.

And many fans suggested that the bleary eyes Smith had in other images indicate that he might have been too hungover to judge if the Jug would fit on the flight.

‘Gotta love this. I think that all the beers on Sunday night may have hampered Cameron’s spatial awareness,’ joked one fan.

The trophy itself is likely to smell like a brewery after Smith said he was going to determine how many beers fit into the Jug – before drinking 20 of them.

Fox Sports reports that the 28-year-old discovered that the contents of two Birra Moretti’s fit in the Claret Jug, while he celebrated while listening to Aussie rock bands INXS and Cold Chisel.

He released a video from the airport confirming that he had made good on his word.

‘I guess everyone has been asking the question of how many beers fit in the Claret Jug,’ he said. 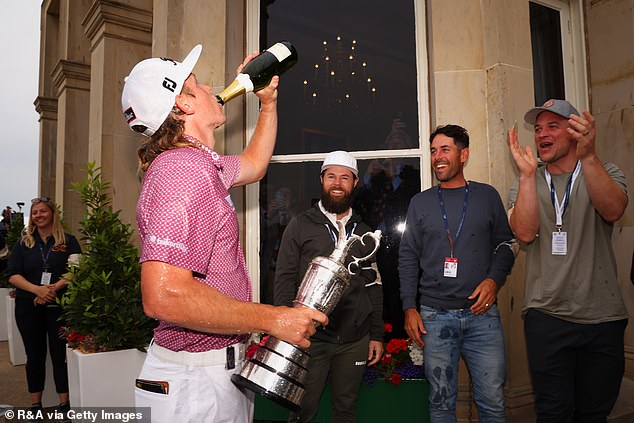 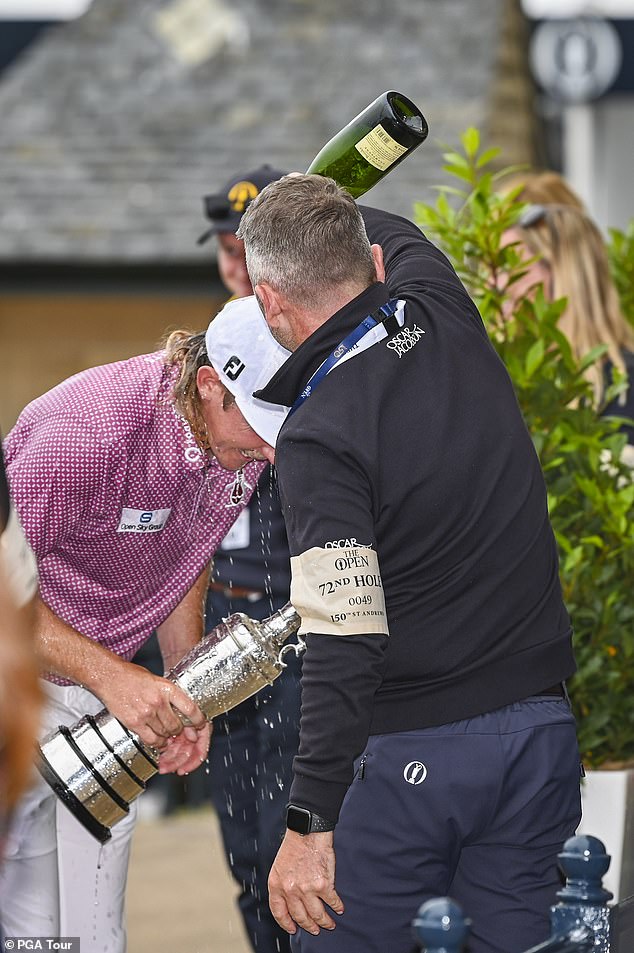 ‘It’s pretty much exactly two. Had a good night last night with it.’

PGA Tour journalist Ben Everill said the exhausted golfer even took the Claret Jug to bed with him once the celebrations were done.

‘Few hours ago Cameron Smith took the Claret Jug to bed and I asked him when I’d see him next. He told me the FedExCup playoffs. He’s got another trophy to win,’ he said.