British amateur Joe Long has been forced into a last-minute change of caddie for the Masters after his close friend and first-choice Lex Aragon just tested positive for Covid-19.

‘We’re both gutted about it, but it’s just one of those unfortunate things,’ said the 23-year-old from Bristol, who was worried he was going to miss the Masters himself a few weeks ago.

Long was surfing in South Africa, where his girlfriend Natasha lives, when he got ‘chewed up’ by a breaking wave. 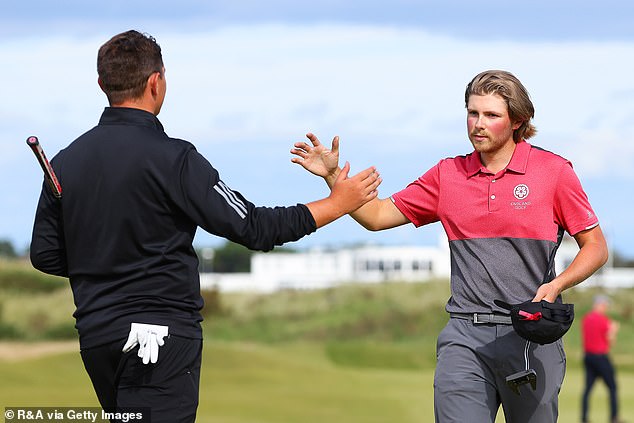 ‘I just thought instinctively it was a torn glute muscle and, as you can imagine, I was really concerned when it happened,’ he said.

‘I’d been practising my golf a lot and felt like I needed the break. Thankfully, the injury settled down, and now it has completely healed.’

Long arrived in America a fortnight ago and has already had a few practice rounds at Augusta. As he did then, he will now use one of the club’s local caddies this week. It worked well enough for Ben Crenshaw, who won two Masters titles with Augusta caddie Carl Jackson on the bag.

‘Playing Augusta was an amazing experience and everything about the three days I had there was very useful in helping with the wow factor,’ said Long. 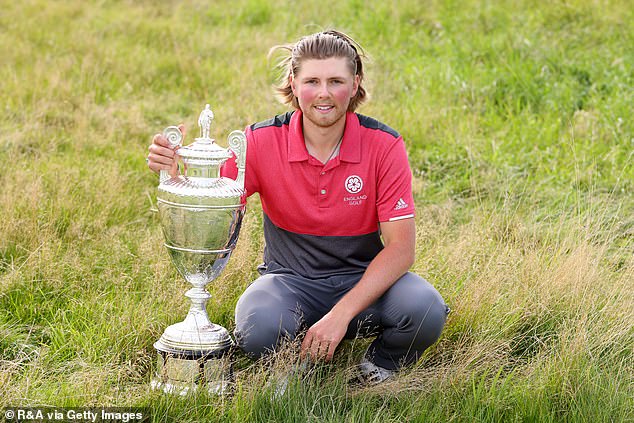 Long, now 23, won the Amateur Championship in August 2020 to help him qualify for Augusta

‘It was great to see it before all the craziness begins, and I know my local caddie is going to prove very helpful.’

After indulging in the amateur experience and staying last night at the Craw’s Nest — basically student accommodation, situated in the loft of the clubhouse — Long will be with his dad Ian for the rest of the week.

‘He was the only family member able to travel with all the restrictions, and obviously it does takes something away not being able to share it with everyone else,’ said Long. 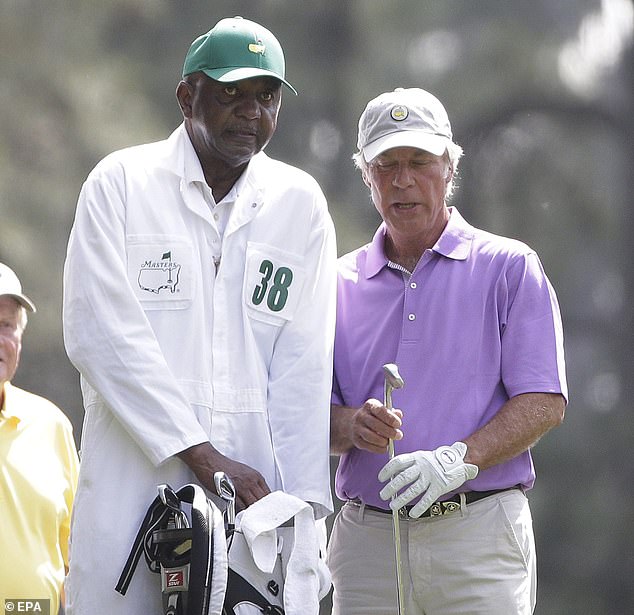 Long earned his spot at Augusta after winning the Amateur Championship at Royal Birkdale last August, following a surreal final against fellow Bristolian Joe Harvey. Normally the pair are practising partners, or competing for monthly medals, rather than a place at the Masters.

Only one British amateur has ever made the halfway cut at Augusta — Peter McEvoy in 1978. Sensibly, Long is not making any lofty predictions, or indeed any predictions at all.

‘I’m not going to put any pressure on myself about saying my aim is to make the halfway cut or anything like that,’ he said. ‘I can see it would be easy to let the experience consume you. If I can keep my mind on the right track then I’ll be happy, regardless of the result.’