‘If it’s something like 20 per cent then we’ll postpone it again’: Frank Warren warns he will push back Daniel Dubois’ clash with Joe Joyce for third time unless capacity crowd can attend

Frank Warren has revealed Daniel Dubois’ highly-anticipated heavyweight clash with Joe Joyce will be postponed once more unless they are allowed to fight in front of a sizeable crowd.

The pair were initially slated to fight on April 11 before the coronavirus lockdown led to postponement. The contest was rearranged for July 11, and it has now been rescheduled for October 24.

Meanwhile, both athletes have taken tune-up fights behind closed doors, with Joyce knocking out Michael Wallisch in three rounds on Saturday and Dubois set to take on Erik Pfeifer on August 29. 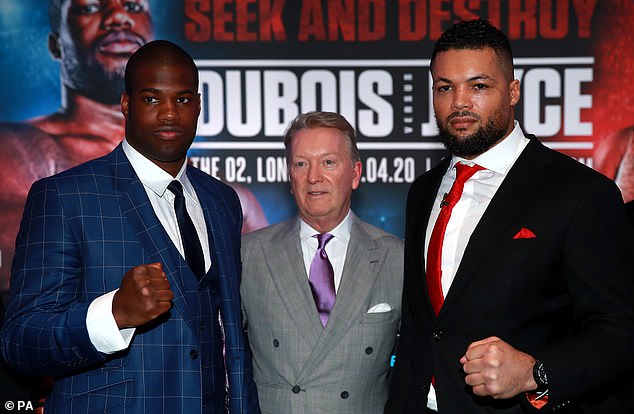 When asked about the return of fight crowds, Warren told talkSPORT: ‘You may get 3,000 people in the 20,000-seat arena, but that’s gonna look awful.

‘You’re not gonna be allowed to sit next to each other, you’ve gotta spread them all around the arena.

‘If you’ve got a one metre distance around you and you’re sitting in a seat, then it’s not just either side of you, it’s in front and behind you. So that means only 20 per cent of the seats can be sold.’ 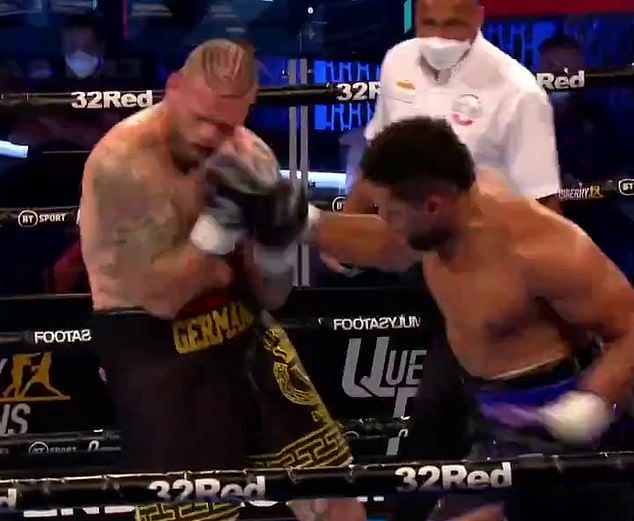 Regarding the impact crowd restrictions could have on Dubois vs Joyce on October 24, Warren continued: ‘I’d want it full. I’ve got no idea [how many would be allowed in].

‘But I’ve gotta be honest with you, if it’s something like 20 per cent then we’ll postpone it again. We’ve gotta have a live audience. That gets a bit more out of the guys.

‘If you’ve got a competitive fight, like with Daniel and Joe, you want the crowd cheering their man on.