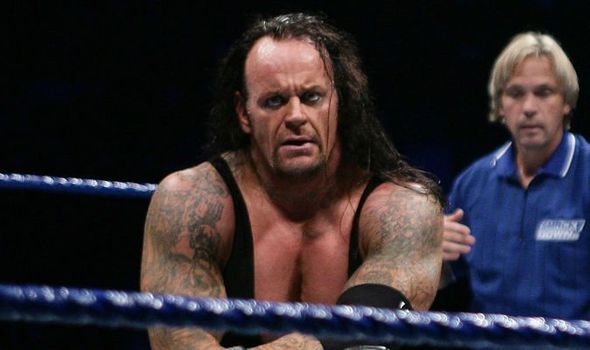 Who better to make that happen than The Undertaker? Try me, I’ll make you famous

Taker cut an intense promo on Styles last Monday night on RAW after The Phenomenal One spent the last few weeks launching a series of personal attacks at his rival and his wife Michelle McCool.

The Phenom responded to the two-time world champion’s claims but wasn’t in his usual Deadman character, instead he wore a leather jacket and a black beanie hat.

The seven-time world champion also dropped his eerie and slow voice for a more normal tone when he warned Styles that the disrespect he showed will cost him at WrestleMania.

JUST IN: Becky Lynch reveals key issue she had while taping WrestleMania bout with Shayna Baszler 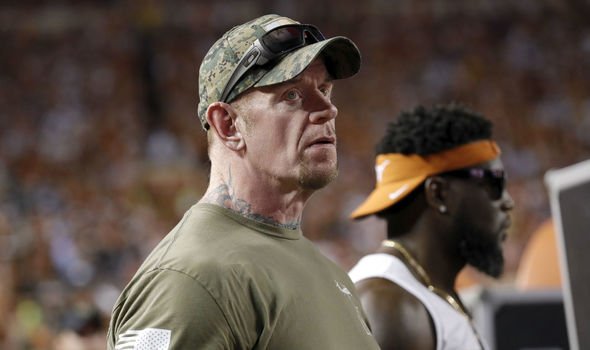 The ex-WWE Champion also mentioned his wife and claimed that his rival has it in for her because she used a finisher similar to the Styles Clash during her WWE run.

His attire combined with his tone hinted that he will be wrestling as The American Badass at Mania as he also used famous lines from his legendary biker gimmick when he said that he will make his foe “famous” when they lock horns.

Undertaker said: “All the things you said about me, I get it. I do, it’s just business.

“When you crossed the line, though, was the first time you mentioned her. I think your pride is playing games with you again.

“I think you’re mad because she does the Faith Breaker, aka the Styles Clash, better than you do. She got it over.

“No matter the reason, you’re gonna pay the ultimate price for disrespecting her, my wife Michelle McCool.

“And you’re gonna pay that price in a Boneyard. Remember? That was your idea. You want to be relevant at the Showcase of the Immortals, WrestleMania.

“Who better to make that happen than The Undertaker? Try me, I’ll make you famous. And I hope you bring those two a**clowns [Luke] Gallows and [Karl] Anderson with you.

“All three of you can feel the wrath of the unholy trinity I’m bringing with me. Just know you will feel the pain, you will get hurt and you will suffer.

“And most importantly, you will rest in peace.”