Dana White insists Khamzat Chimaev was just ‘super emotional’, ‘felt like ‘s***’ and is NOT retiring from UFC after Russian-born Swede stunned fans by appearing to walk away from the Octagon amid his Covid-19 battle

UFC star Khamzat Chimaev has appeared to announce his shock retirement from the sport amid his ongoing battle with coronavirus.

The 26-year-old welterweight and middleweight rising star is currently battling Covid-19 symptoms after pulling out of his fight with Leon Edwards back in January.

The welterweight fight had already been pushed back from December 19 after British contender Edwards tested positive for coronavirus but Chimaev’s Covid symptoms were reportedly behind the reason to scrap it for a second time. 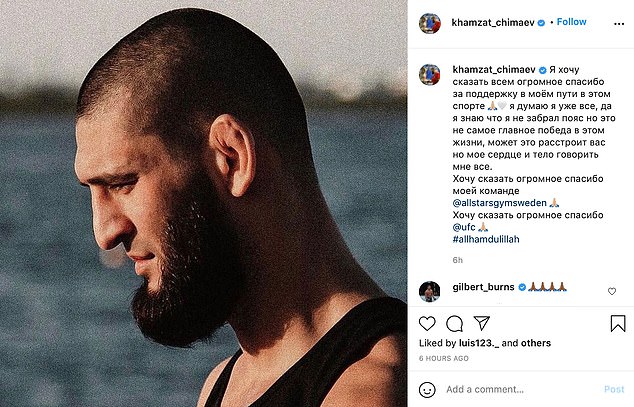 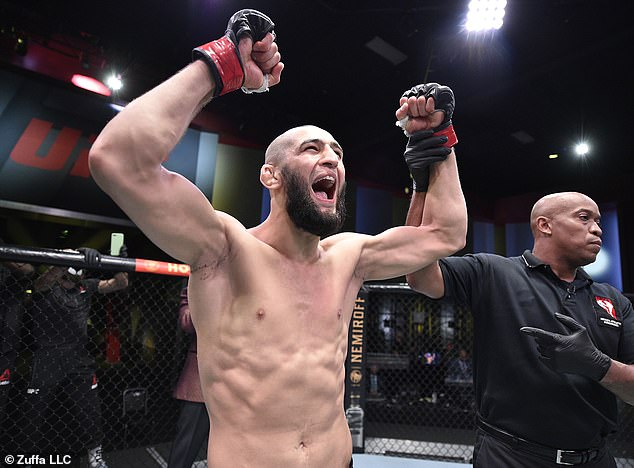 But now there are fears he has called time on his career after the promising fighter posted a cryptic message on social media that suggested he was ready to walk away from the Octagon.

He wrote in Russian on Instagram: ‘I want to say thank you to everyone for their support in my path in this sport.

‘I think I’m done, yes, I know that I didn’t take the belt, but this is not the most important victory in this life.

‘It may upset you, but my heart and body tell me everything.’

Chimaev also posted a picture on his Instagram story of what appeared to be blood in a sink, although it now seems to have been deleted.

He captioned that image: ‘The main thing is I do not know what this disease is but it is not easily outlived.’ 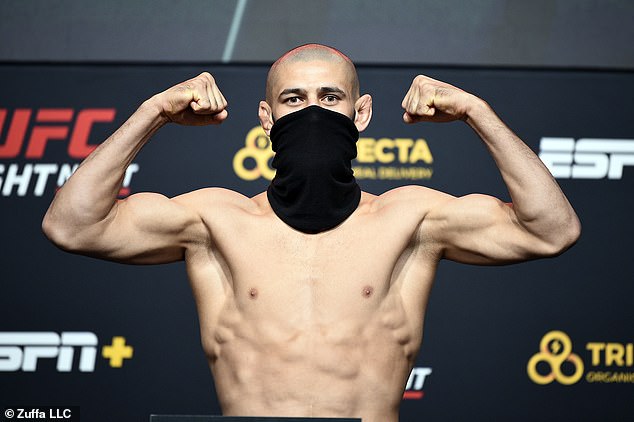 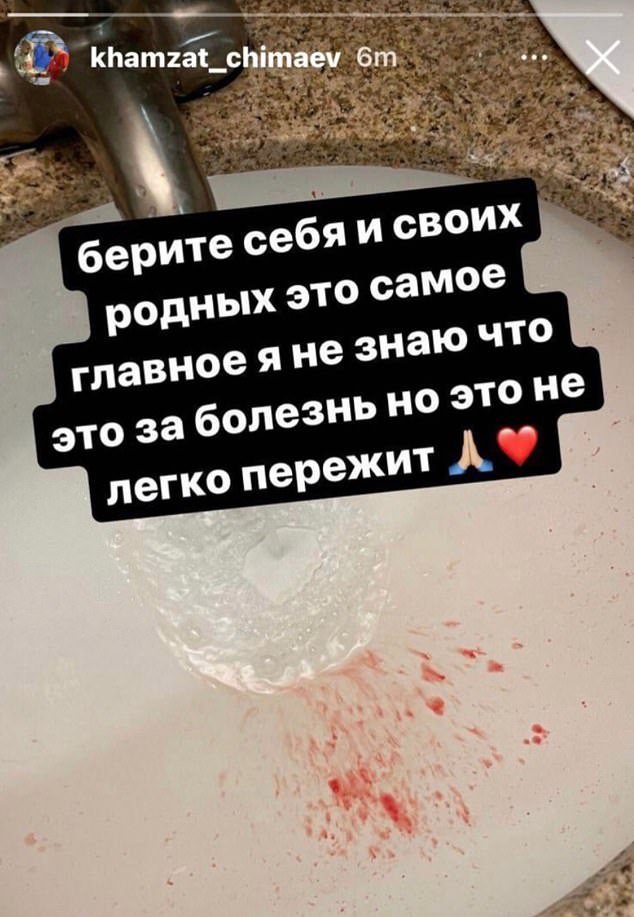 UFC supremo Dana White, who is known to be a huge admirer of the Russian-born Swede, reportedly brought Chimaev to Las Vegas for treatment.

He insisted that Chimaev is not retiring and his Instagram post was simply a result of him feeling ‘super emotional’ after a workout when he should be resting.

On Monday night, White told MMA Junkie: ‘When he got here, the doctors took care of him, and they put him on prednisone, which is a nasty f***ing steroid.

‘So he’s on prednisone, and he’s supposed to be taking this thing and chilling, relaxing, and letting himself recover.

‘He went in and f***ing trained today, felt like s***, and got super emotional and posted that. 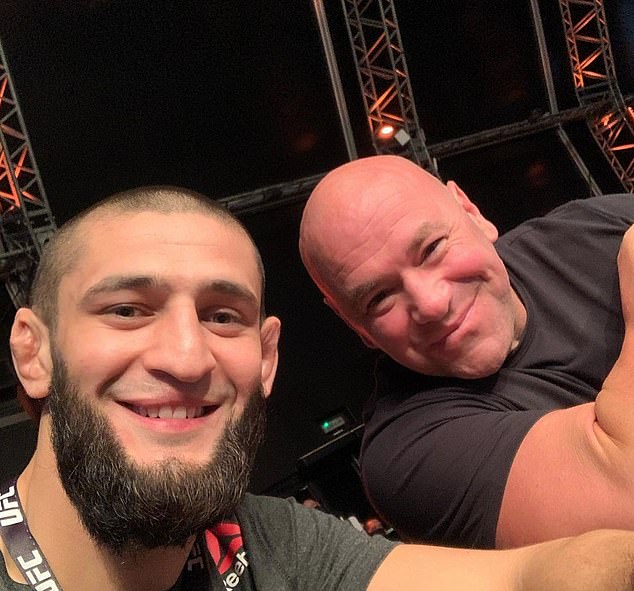 Dana White (right) says he has not retired, however, and was ‘super emotional’ after a workout

‘He’s not supposed to be training, but you know, this guy’s a savage. He wants to fight like every f***ing weekend, and now he can’t even train, so he just got emotional and posted that, but he ain’t quitting.’

The fight with Edwards in Abu Dhabi was set to be the Russian-born Swede’s first ever UFC main event.

Chimaev has been trading barbs with Conor McGregor in recent months and victory would have put him one step closer to securing a mega fight with the Irishman.

The 26-year-old enjoyed a breakout year in 2020, winning his first three fights in the UFC in the space of three months, including a 11-day turnaround – the shortest in the organisation’s history.