Tyson Fury jumps into the sea despite cold conditions

Renowned boxing promoter Bob Arum has told Matchroom supremo Eddie Hearn to ‘keep his mouth shut’ as the pair continue to thrash out negotiations ahead of Anthony Joshua’s undisputed heavyweight showdown with Tyson Fury. The British champions have been tipped to face off in the ring for some time, with a blockbuster two-fight deal reportedly close to being finalised.

Arum, who promotes Fury, has been working tirelessly to arrange the events in co-operation with Hearn since Joshua’s victory over Kubrat Pulev in December.

Hearn has been vocal about the progression of negotiations over the past few months, offering regular updates on potential locations and reassuring fans that an official announcement continues to edge ever closer.

However, Arum has suggested that his Matchroom counterpart should avoid fuelling speculation until an agreement is rubber-stamped, revealing his frustrations over Hearn’s outward enthusiasm.

“It’s very, very hard for Eddie to shut up,” Arum told talkSPORT. “I told him, let’s get this over the line, let’s get this done, and then we’ll make a joint announcement.

“To stop Eddie is like stopping a raging river, he can’t keep his mouth shut.”

JUST IN: Eddie Hearn EXCLUSIVE: The six-week plan to deliver Joshua vs Fury 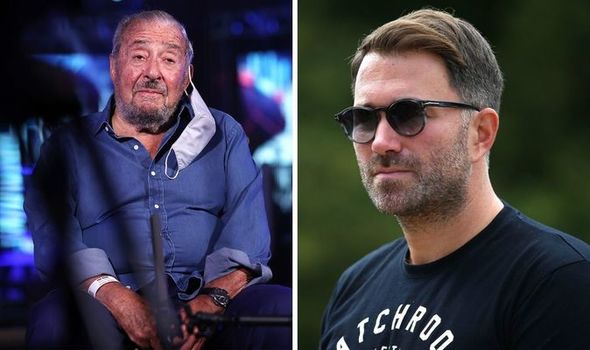 Hearn, who has been inundated with media questioning over the potential superfight in recent weeks, previously admitted that Arum had called him in order to issue his pleas for silence over the phone.

“Bob Arum phoned me two nights ago and said, ‘Look, I think you should stop talking about Fury-Joshua,’” Hearn told the Betfred Boxing Show earlier this week.

Despite their differences, Arum has claimed that talks with Hearn and Joshua’s camp have been highly productive, insisting that only a few minor details are left to be decided upon before the all-British showdown can finally be announced. 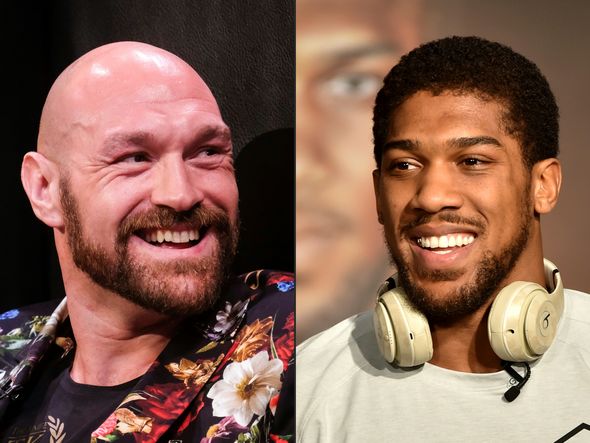 “The negotiations have been pleasant, it’s proceeding like every big fight does,” he added.

“We made changes, they accept some, they send it back, back and forth. And all I can say is that the issues are gradually dwindling.

“That’s what you wanna do in this type of situation, you wanna diminish the number of issues.

“And now the number of issues is less than a handful, so I am very optimistic that this is gonna go over the line.” 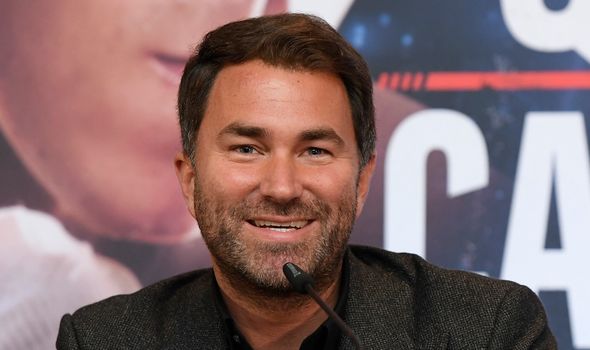 Both Fury and Joshua have announced their intentions to face each other since the turn of the year, with the victor in line to become the first undisputed heavyweight champion since Lennox Lewis in 1999.

Fight fans appear to be split over the outcome, with the pair widely recognised as the best in the business for very different reasons.

Joshua is known for his formidable power and knockout artistry, while Fury is typically regarded as the better all-round boxer.

Both men are reportedly set to receive a monumental purse in the region of £75million for their efforts.