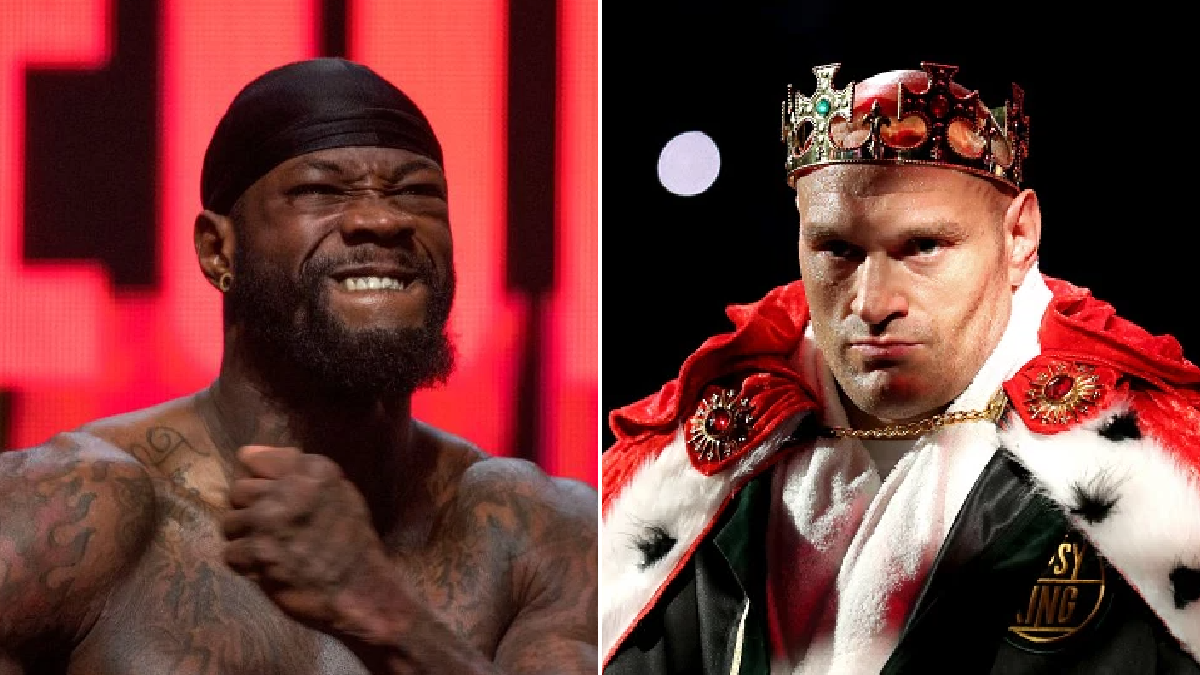 Tyson Fury has branded Deontay Wilder a ‘joke’ and claims the Bronze Bomber has demanded $20million to step aside to allow a unification fight with Anthony Joshua to take place.

After months of negotiations, a deal for AJ to fight Fury in an undisputed bout in Saudi Arabia on August 14 was finally struck last week – only for it to be immediately thrown into doubt after an American judge ruled that Wilder was entitled to a third fight with the Gypsy King.

Their last clash, which Fury won comprehensively, included a clause for a trilogy fight and Wilder has been involved in a legal battle to ensure he gets a chance to avenge his defeat in February 2020.

There had been suggestions that Wilder might step aside and allow Fury to take part in the undisputed fight first, but the 32-year-old Brit claims his rival is asking for an astronomical fee.

‘What a joke [Wilder] has become,’ he wrote on social media, replying to a post of the American in training.

Fury, who is currently training in Miami, also uploaded a picture of a lizard to his Instagram stories and wrote: ‘There’s Deontay right there the reptile.’

Wilder’s new trainer, Malik Scott, claims Wilder has declined talks over a step-aside offer and is only interested in fighting Fury, with a date and venue for the bout already in the pipeline.

‘He has no interest in step-side money,’ said Scott. ‘He wants blood and not step-aside money. Retribution is upon us.’

Fury’s co-promoter Bob Arum says the trilogy fight has already been pencilled in for July 24 in Las Vegas, with an undisputed fight against Joshua likely to follow in November or December should the Gypsy King emerge victorious.

AJ’s promoter Eddie Hearn has also suggested the Battle of Britain could be pushed back and revealed he is drawing up alternative plans, with a contest against Oleksandr Usyk the most likely outcome.