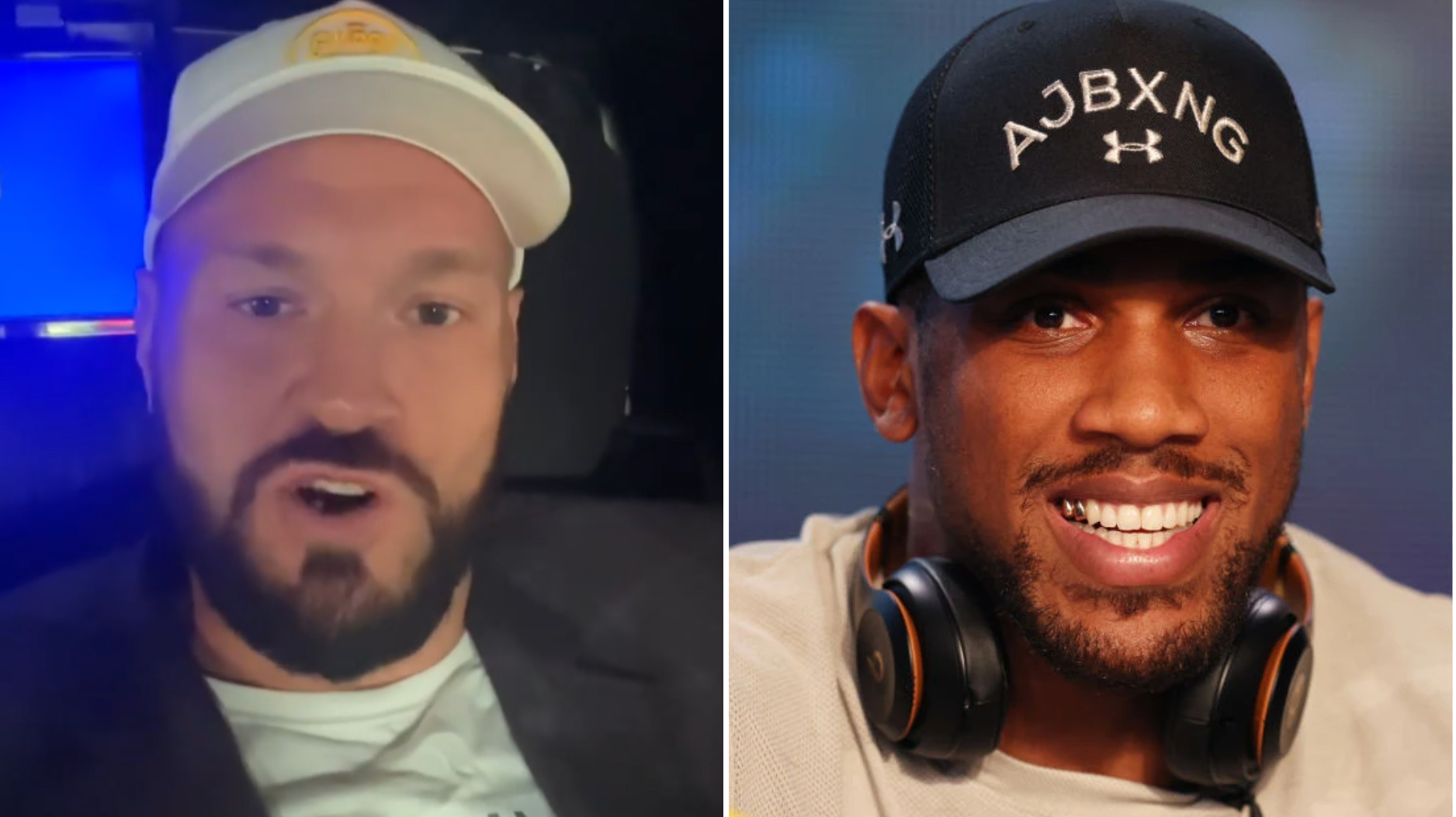 Tyson Fury says he will ‘sign a contract today’ to fight Anthony Joshua if his demands for the bout to be shown for free are met.

‘The Gypsy King’ has repeatedly teased a return to boxing after announcing his retirement from the sport following his knockout victory over Dillian Whyte in April.

Many within the sport believe Fury will be tempted out of retirement to fight the winner of Oleksandr Usyk vs Joshua, who meet in their rematch in August where the IBF, WBA and WBO titles will be on the line.

Fury and Joshua were set to meet last year before the deal spectacularly fell through last summer. The former has recently talked up the possibility of it still taking place, insisting however it must happen at Wembley Stadium with free entry at the venue with it being broadcast on free-to-air television.

The undefeated WBC champion has now doubled down on those demands.

‘Right, this is a reconfirmation about what I’ve said about fighting Anthony Joshua for f**k all in England,’ Fury said on Instagram.

‘That’s how the fight happens I’ll sign the contract today. The fight’s got to be for free. Free to air television, I want all tickets to go for free.

‘No money is to be made out of this British, historic fight if it happens. There’s the terms, I’m in the driving seat, take it or effing leave it.

‘The ball is in your court guys, take it or leave it. Either way I don’t give a damn. There’s the offer, peace out.’

Fury has sent out plenty of mixed messages over his possible return to the sport, insisting just last month it would take an offer of £500million to tempt him back to the ring.

Joshua meanwhile is focused on his rematch with Usyk, having lost his world titles to the undefeated Ukrainian at the Tottenham Hotspur Stadium last September.

Fury had put himself forward to train his fellow Brit for the fight – not an offer Joshua was particularly keen on.

‘Is there anything I could learn from him? Honestly, no not really,’ Joshua said. ‘For a man that’s retired, go and have a beer, relax, go and help some people who need it, what are you talking about me for?

‘He’s an interesting character but I wouldn’t take his help as well. I’ve done my thing, he has done his and good luck to him whatever he’s doing.’