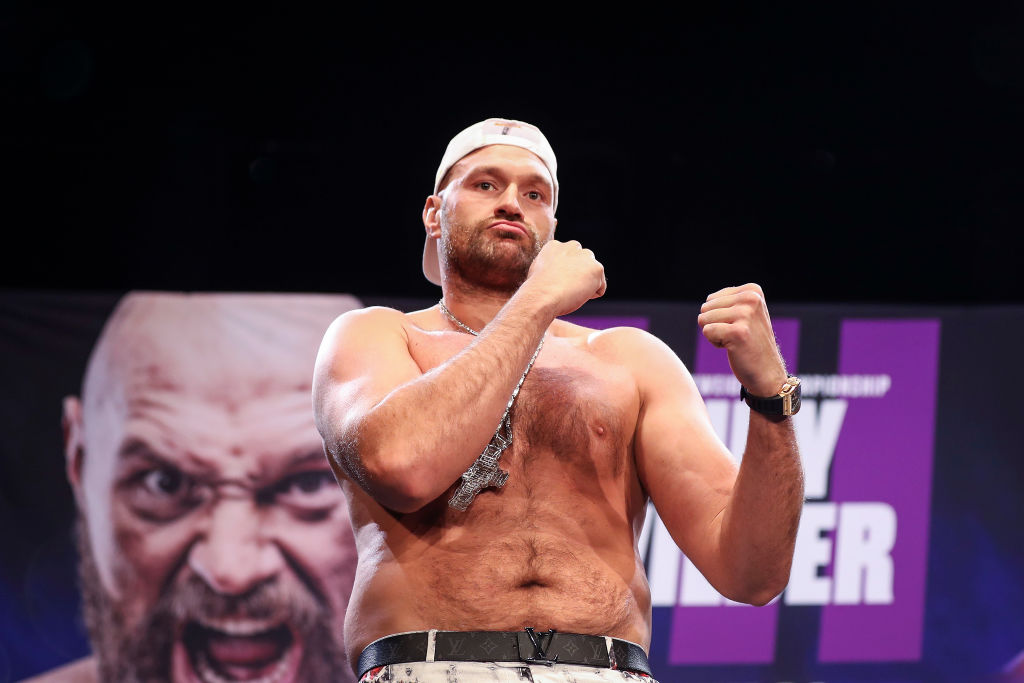 Tyson Fury has vowed to fight Dillian Whyte in December after he beats Deontay Wilder next month, before taking on Anthony Joshua in back-to-back fights in 2022.

The WBC heavyweight champion has been inactive since February 2020 but returns to the ring on 9 October for his trilogy bout against Wilder.

‘The Gypsy King’ is eager to make up for lost time and has called out heavyweight rival Whyte for a showdown back in the UK at the end of the year.

Whyte, who holds the WBC ‘interim’ title, recently labelled Fury a ‘disgrace’ to British boxing’ with the Fury heavyweight eager to silence the Brixton fighter.

Fury insists back-to-back fights with IBF, WBO and WBA (Super) champion Joshua will happen next year after plans for their all-British unification showdown this summer were scuppered.

He then wants to bow out of the sport with one final meeting with old friend Dereck Chisora, who he beat twice in 2011 and 2014.

‘I have my next four fights lined up,’ Fury told BT Sport Boxing.

I’m going to destroy Wilder in October. Then I’m going to take my next fight in December because of all the inactivity. Because I don’t think the Joshua fight is going to happen in December.

‘’I’ll fight Dillian Whyte back in UK for the first time in years, up the north somewhere, Manchester or something. In December.

‘Let’s get a date for December and I’ll shut that bum right up. That will be an easy one.

‘Then I’ll fight Joshua in February or March time, out in Saudi Arabia, let’s do it.

‘We can have a rematch in the summer back at Wembley. Then we can go out in my fifth fight, and I’ll fight Dereck Chisora, that is five fights.’

Fury also teased a plan to come out of retirement after cleaning out the division to take on the heavyweight boxing’s next star.

‘And then, I’ll take two years out of the ring, just going absolutely nuts again, and I’ll come back at 37 and wipe the floor with whoever is next.’