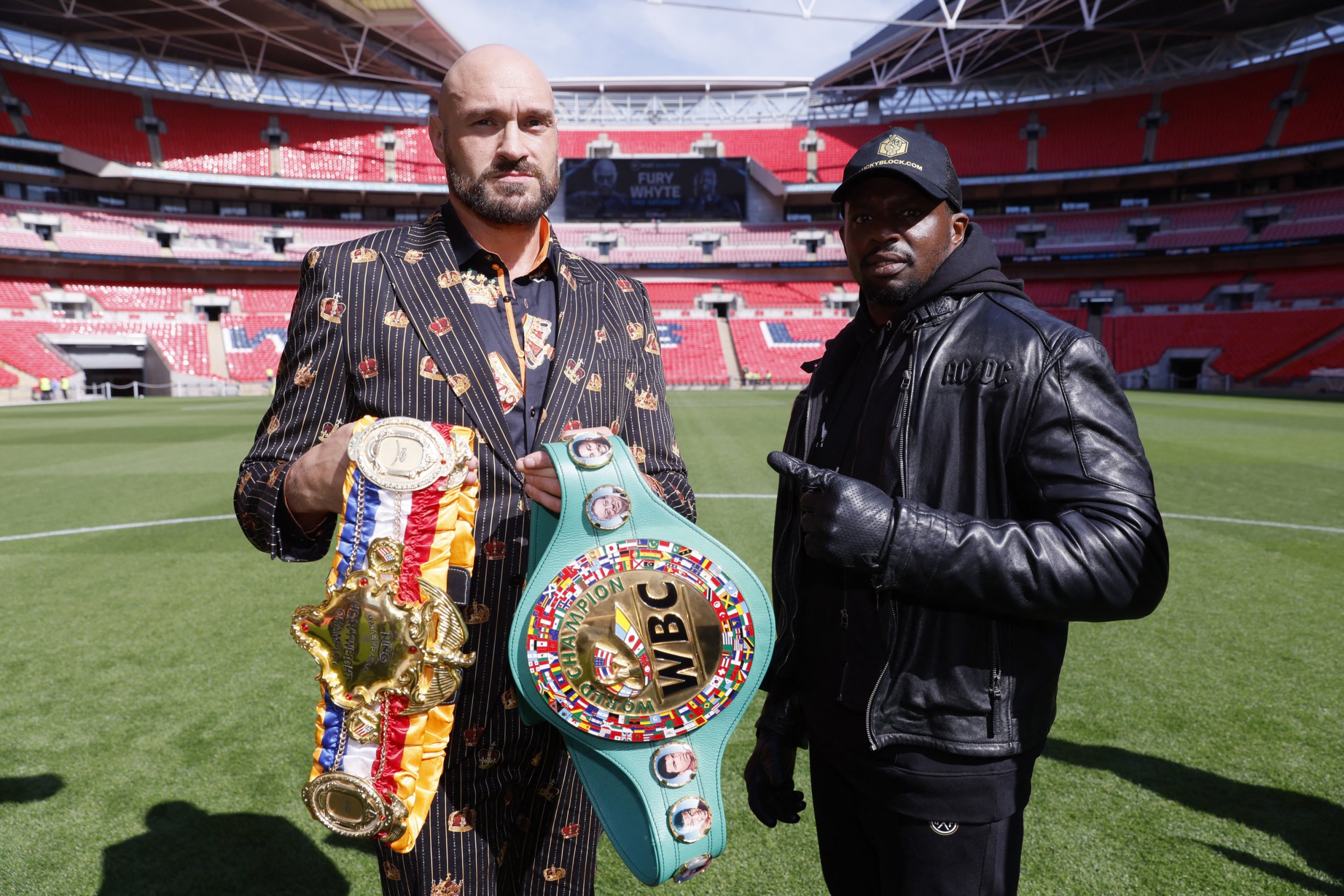 Tyson Fury has revealed that Joseph Parker is the stand-in replacement if Dillian Whyte pulls out of their fight.

Whyte has faced criticism for refusing to take part in the majority of the promotion for the fight, which will be held in front of 95,000 fans at Wembley on Saturday.

The 34-year-old has been training in Portugal for his fight against Fury and claimed during Wednesday’s press conference that his attendance at promotional events in the build-up to the bout would have been a ‘waste of time’.

But Fury has revealed that his team were taking no chances and have arranged for Parker to step in if Whyte chooses not to show at Wembley.

Parker, a close friend of Fury and trains alongside the Gypsy King in Morecambe, beat Derek Chisora in December.

‘We have a stand in opponent just in case he doesn’t fight,’ Fury revealed to iFL TV.

‘If Dillian Whyte doesn’t fight, I don’t want no rookie bum, I want a top-five man and I’ve stated it.

‘Joseph Parker is the stand-in opponent for the fight. And if Dillian Whyte does pull out I’ll pad Joe for the fight and I’ll fight him.

‘If this idiot pulls out we’ve got a really tasty step-in, don’t you worry about that.

‘We’ve said, it’s not personal, it’s strictly business, if this fight happens we’ve shaken hands on it and agreed, then we’re gonna throw down.

‘Let’s hope it doesn’t come to that because I want to fight Dillian Whyte but if it does then we’re professional athletes, we’re professional businessmen, we understand the risks and the rewards and I’m sure whoever wins we’ll have a beer afterwards, shake hands, it’s only a boxing match, it’s not serious or personal.’