Tyson Fury’s former trainer Ben Davison says that the Gypsy King was not as heavy as the 273lbs which was read out at the weigh-in for his WBC world heavyweight title clash with Deontay Wilder. Fury knocked Wilder out in the seventh round of their fight.

Coming into the bout, Fury said he would be heavier as he wanted to get more power into his shots.

And against Otto Wallin back in September, Fury weighed one of the lightest weights of his career – and he struggled in a brutal battle.

It’s been said Fury performs best at around 265lbs, but for the bout with Wilder, he came in at 273lbs 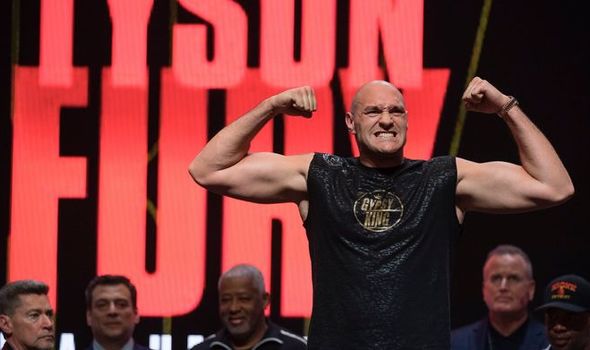 But on the scales, he still had his shorts, t-shirt and trainers on, leading some to believe he wasn’t as heavy as what was announced.

And Davison doesn’t believe it either.

“Personally, I believe that was a manufactured weight on the scales,” he told talkSPORT.

“I don’t believe he was that heavy.

“I believe that was part of the mind games going on.

“I know Tyson, I know his body and I do not believe he was that heavy – in fact I know he was not that heavy.

“I believe his morning weight was more in the region of 18st 8lbs, 18st 9lbs. 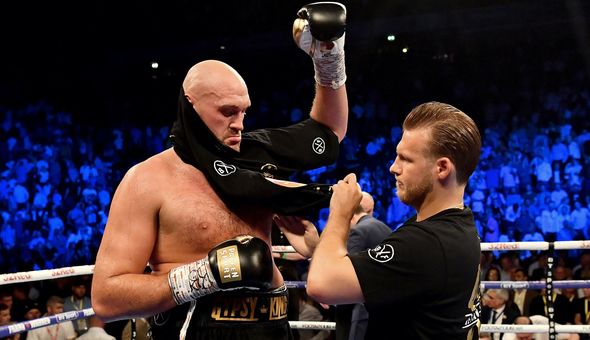 “And obviously throughout the day as you’re eating and drinking your weight will increase there.

“But I believe the weight he stopped on the scales at was manufactured weight all part of mind games – which he is the master of.”

Davison then said that Fury’s change in gameplay worked an ‘absolute treat’ against Wilder, whose corner threw the towel in.

“Wilder did not look very confident and Tyson had actually said to me ages ago he was looking to have a fast start,” he added.

“Start fast and re-implement everything into Wilder’s mind and it worked an absolute treat because when Tyson took a right hand from Wilder, Tyson believed he could take Wilder’s power.

“He took a right hand in the first round and went flying straight back at Wilder and I think that just increased those doubts which started in the twelfth round of the last fight and it sort of went from there.”