Tommy Fury called for Jake Paul to “come and get it” after he extended his unbeaten record with a shutout points victory over Jordan Grant.

The 22-year-old sealed the sixth victory of his professional career, earning a 40-36 verdict after four rounds, and then welcomed a fight against the social media star.

Asked about the Jake Paul fight, Fury told BT Sport: “Whenever, come and get it!” 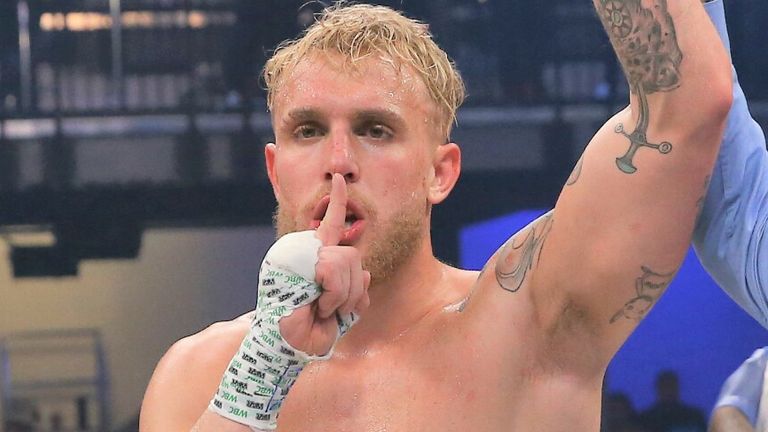 Sticking out a stiff jab, Fury fended off the early aggression from Grant, who landed a couple of looping right hands in the opening round.

Fury caught the Scotsman with a straight right hand in the second, while Grant was troubled by a cluster of punches in the third.

Grant replied with a clubbing right hand, but it was a rare moment of concern for Fury, who went the distance for the second time in his career.

Watch Mayweather v Logan Paul on Sunday, live on Sky Sports Box Office, from midnight. Book it via your Sky remote or book it online here. Non-Sky TV subscribers can book and watch it here.