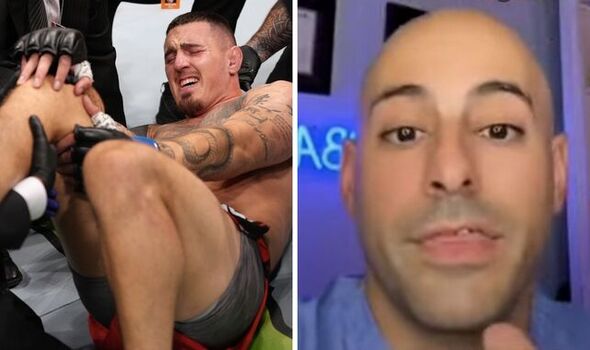 Tom Aspinall’s mysterious knee injury sustained on Saturday night at UFC London has been revealed as a potential MCL tear according to one doctor. Tom Aspinall and Curtis Blaydes’ main event bout came to an anti-climactic end after just 15 seconds as Aspinall came crashing down to the canvas writhing in pain.

The British heavyweight went down after landing a calf kick and appeared to tweak his knee but no official diagnosis has been given. Now, David Abbasi, MD, a medical professional who has a YouTube channel where he discusses sporting injuries has weighed in on the injury and fears the worst.

Abbasi, commentating over a replay of the finish, started off the video by admitting that the injury is not obvious and that he is unsure whether he has the right diagnosis. He said: “Thigh kick to Curtis Blaydes, goes down, lot of pain, nothing obvious here. Obviously, no obvious fractures, no compound fractures, no open fractures.

“The side view here, looks like it may have grazed off Curtis Blaydes’ knee but that was really the shin. So, this back view, look at his kneecap, look at how that kneecap jiggles. Also look at his knee right here, his foot everts and theirs a lot of force on the inside of the knee. 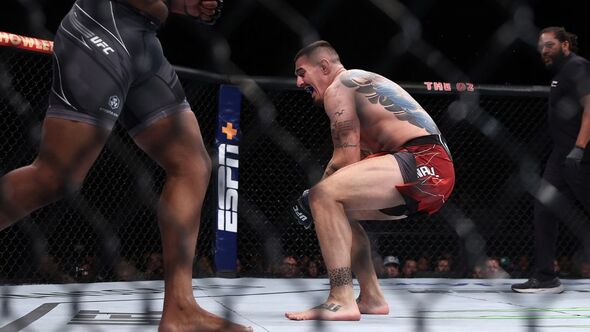 “So I think this view in the slow-mo gives the clue potentially. Look at the jiggle of the kneecap, that would be possible if he had a patellar tendon or a quad tendon rupture the eversion of the foot here and then the valgus force on the knee could be consistent with [an] MCL as Mike Bisping said.”

An MCL tear is a tear in the medial collateral ligament, which is a major ligament that’s located on the inner side of your knee. Its main function is to prevent the leg from extending too far inward, but it also helps keep the knee stable and allows it to rotate.

Pimblett ridiculed for being ‘terrible’ despite win over Leavitt

Paddy Pimblett describes his performance as ‘s***’ despite superb win 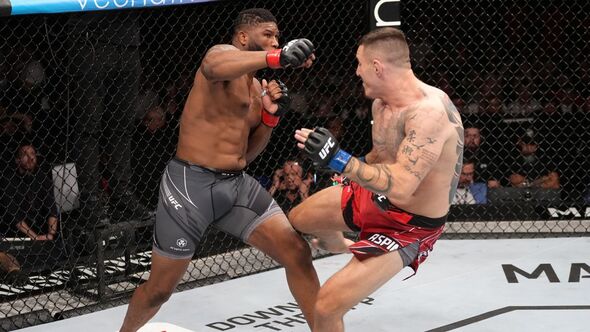 An MCL tear is not as serious as an ACL tear which is what you typically see in worst-case scenario knee injuries to sportsmen and women. The recovery time is roughly six weeks depending on the severity of the injury and most heal without surgery.

Francis Ngannou defeated Ciryl Gane at UFC 270 to retain his heavyweight title back in January with a torn MCL but recovery can be troublesome in some cases.