Adam Azim is blowing everyone away, Caroline Dubois is set to be the next face of women’s boxing, and Ben Whittaker is only just getting started… the FIVE British breakthrough stars looking to emulate Tyson Fury and Anthony Joshua in 2023

When it comes to British boxing, Tyson Fury and Anthony Joshua have ruled the roost for some time.

Fury’s big moment arrived in November 2015 when he dethroned long-standing champion Wladimir Klitschko, and he has only got better since his comeback in 2018.

Having picked up two knockout victories over Deontay Wilder, and seen off domestic rivals Dillian Whyte and Derek Chisora this year, Fury is widely recognised as the premier heavyweight, and looks set to fight Oleksandr Usyk for the undisputed crown next year. 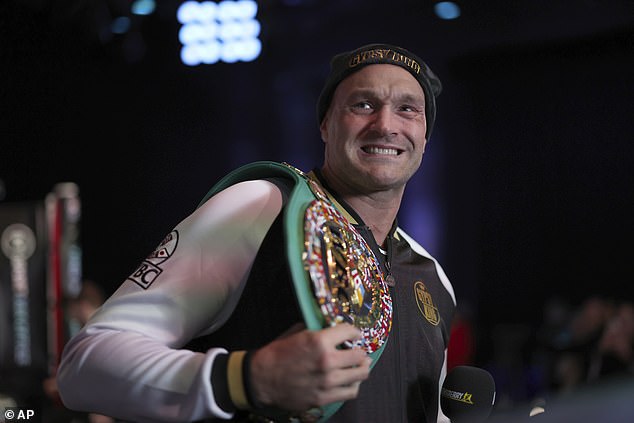 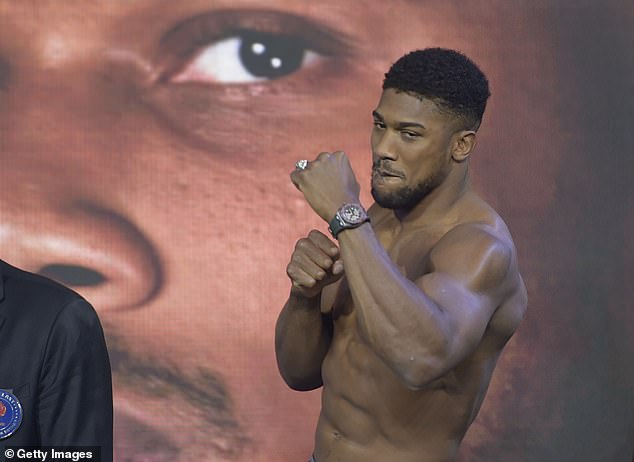 Meanwhile, Joshua’s career has somewhat stagnated in recent years, with the Watford man losing three of his last five fights, including back-to-back defeats against Usyk.

He remains a popular figure, though, with impressive wins against Klitschko, Whyte and Joseph Parker on his resume, and he could get himself back into the title picture with a couple of big wins in 2023. Fans still dream of a Fury-Joshua matchup that would no doubt be one of the biggest fights in British boxing history.

Time is running out for that clash, though, with Joshua recently admitting that he is nearing the end of his career, while Fury announced his intention to retire earlier this year, only to perform a U-turn a few months later.

With both men moving towards their mid-thirties, it is clear they are not going to be around forever, so is there anyone ready to follow in their footsteps and become the next face of boxing in this country?

Sportsmail has picked out five stars that look set to have breakthrough years in 2023.

Selecting a 30-year-old as a potential breakthrough star may sound like an odd choice, but Yafai’s age is exactly why he needs to get moving quickly in the new year.

The flyweight proved his amateur pedigree when he won Olympic gold in Tokyo last year, and he made his professional debut back in February.

He has picked up three straight wins in 2022, and fought on some major cards, with his victories coming at the 02 Arena, Madison Square Garden and in Abu Dhabi.

It is now time for Yafai to step up his level of competition and move towards a world title shot.

Yafai is a pressure fighter who throws a high volume of punches – a style that overwhelmed his opponents in Tokyo. 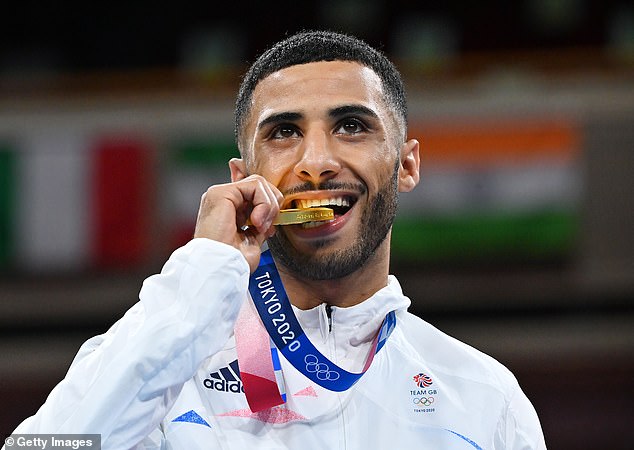 Galal Yafai won Olympic gold in 2021, and now wants to go all the way in the professional ranks

That approach is exciting to watch, but does not tend to age well as fighters move into their thirties.

Yafai is in his peak now, and cannot waste that by having meaningless fights. Matchroom need to move him quickly over the next 12 months if he is to achieve his full potential.

Yafai’s older brothers, Kal and Gamal, are both professional fighters as well, with Kal holding the WBA super-flyweight title between 2016 and 2020, while Gamal has been a European champion at super-bantamweight.

The youngest of the three brothers is capable of eclipsing their achievements, but must kick on over the coming months.

Let’s throw another Olympian into the mix. Whittaker also burst onto the scene in 2021 with his slick boxing skills taking him a silver medal in the light-heavyweight division.

He tweeted afterwards that he felt ‘like a failure’ after losing in the final, highlighting how determined he is to be the best.

Having reached the pinnacle as an amateur, he moved over to the professional ranks in July and teamed up with Fury’s trainer SugarHill Steward.

After a low-key debut in Bournemouth, he then fought on the Joshua-Usyk undercard in August, boxing his way to a unanimous decision win in August. 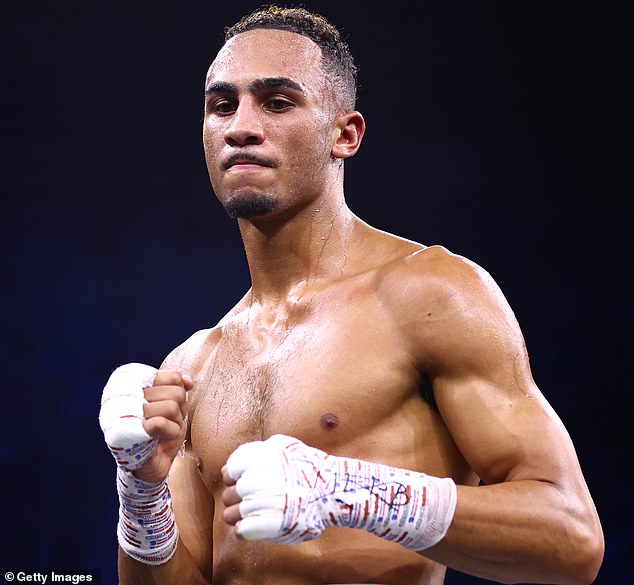 Ben Whittaker has only had two professional fight to date, but already looks ready to step up

Whittaker has not boxed since, which is disappointing for someone who clearly has the talent to go all the way.

He has been levels above his opponents thus far, and BOXXER need to start putting him in competitive fights sooner rather than later so that he can work his way up the rankings.

There is no reason why he cannot pick up domestic titles and move onto the world stage in 2023.

Whittaker has an engaging personality, and his dazzling skills inside the ring makes him a potential star of British boxing for years to come.

Smith had an excellent 2022, winning all four of his fights and securing the British super-lightweight title along the way.

He currently has a perfect 13-0 record with 10 knockouts to his name, indicating that he is a big puncher.

The 25-year-old showed another side to his game in his last fight, though, outboxing Kaisee Benjamin across 12 rounds to defend his belt.

The 140lb division is an exciting one, especially in Britain, with Josh Taylor and Jack Catterall set to face each other in a highly-anticipated rematch in the early part of next year after their controversial first fight. 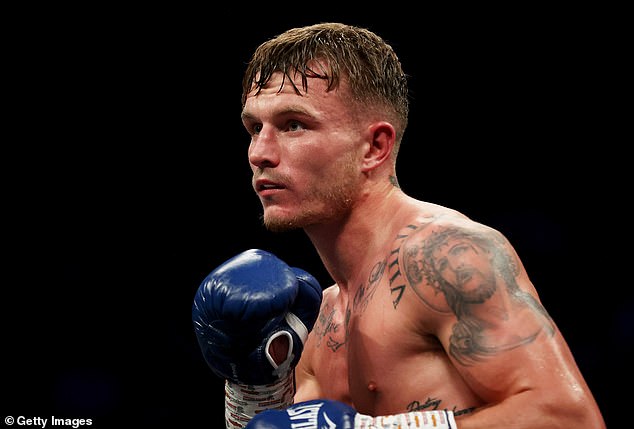 Dalton Smith has proven himself at domestic level, and looks set to move onto the world scene

Former lightweight world champion Teofimo Lopez also moved into this weight category earlier this year, while the likes of Gervonta Davis, Ryan Garcia and Devin Haney could also step up in the near future.

Is Smith ready to mix in that company? Not yet. The first part of 2023 may be about him winning the British title outright by making a couple more defences, but by the back end of the year he should be pushing to get onto the world scene.

Smith has a well-rounded skillset that he honed in the amateurs and has developed since switching across to the professional ranks.

He should move beyond domestic level soon enough, and then we will find out exactly how good he really is.

Azim is a man on a mission. He doesn’t turn 21 until New Year’s Day, but has already marked himself out as one of the most devastating punchers on the domestic scene.

Having turned professional at just 18, Azim has won six of his seven fights by knockout, and has not been taken past three rounds since his debut in December 2020.

With every fight he has looked more and more like a potential superstar, with his latest win against the usually durable Rylan Charlton being particularly eye-catching. 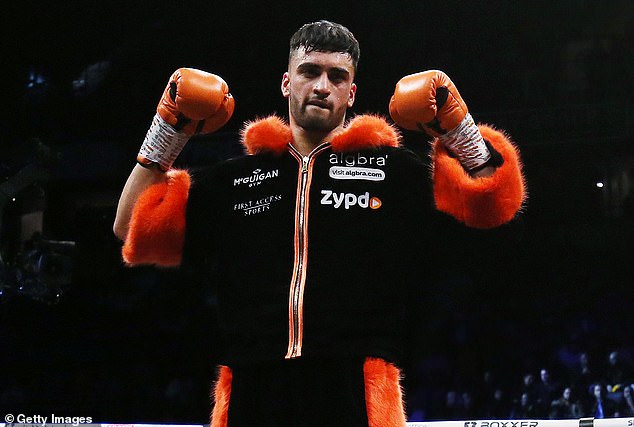 Azim sent his experienced opponent to the canvas twice before Charlton’s corner pulled their man out in the second round. It was a statement of intent from the youngster.

Some observers may be wary of how Azim may cope if he is taken into the latter rounds of fights, but he can hardly be accused of just being a knockout artist. Despite his fights tending to be over in a matter of minutes, if not seconds, Azim has shown glimpses of the skill that he possesses to pick opponents apart before finishing them off.

While there may be the temptation to take things slowly with Azim due to his age, that is not what he wants. Azim has expressed his desire to become a world champion at a younger age than his idol Amir Khan. 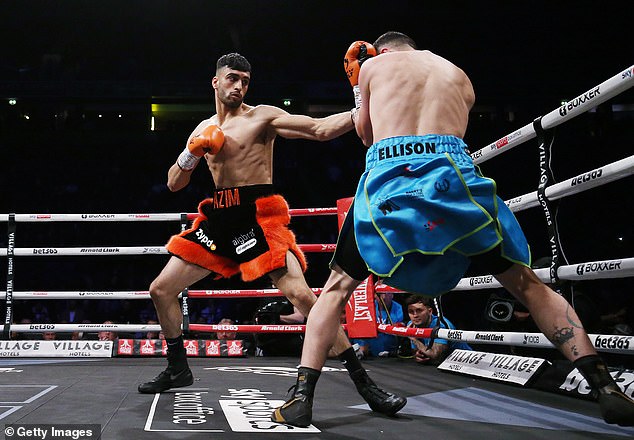 Azim fought on Amir Khan’s undercard, and wants to win a world title like his idol soon

Khan won his first world title at 22, beating Andreas Kotelnik in 2009. If Azim is to achieve his goal, he needs to fight regularly and against high-level opposition to navigate his way to the top.

Once again, he is in the super-lightweight division, and there is a big difference between facing a battle-hardened foe like Charlton and a world-class fighter such as Taylor or Catterall.

Whether Azim can close the gap to the top dogs in the division over the next 12 months remains to be seen, but it’s going to be exciting to find out.

This could be a case of saving the best until last. Dubois first attracted attention when she won gold at the Youth Olympics in Buenos Aires in 2018, and she was touted to go all the way in Tokyo last year.

Yet while GB team-mates Yafai and Whittaker went home with silverware, Dubois was left bitterly disappointed after losing in the quarter-finals.

Dubois quickly got over that setback by turning professional in February and winning her debut convincingly on points.

Any doubts about her power have since been put to bed, with the 21-year-old winning each of her last four contests inside the distance. 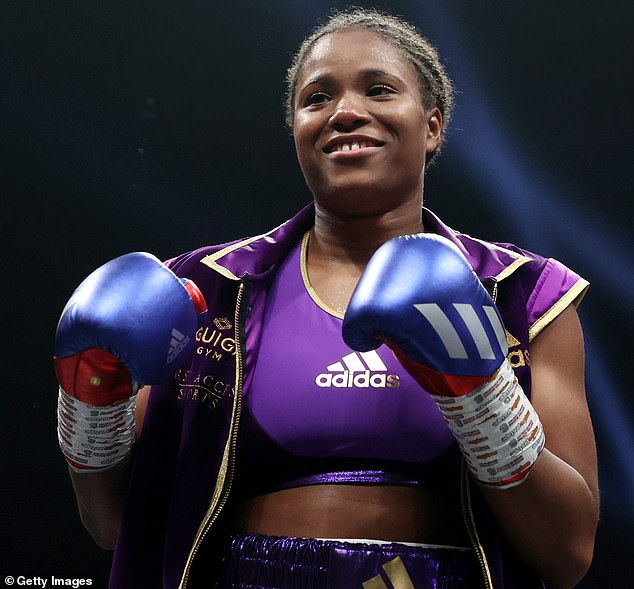 Her latest victory against Sofia Rodriguez was arguably her best of the lot, as she needed just a minute to force the referee to step in.

Dubois has all the tools, possessing a stiff jab while also being able to go through the gears to put fight-ending combinations together.

Speaking to Sky Sports recently, Dubois outlined how she is not restricting herself to one specific division, and would be willing to fight at anywhere between 130 and 140lbs if the right matchup is offered to her. 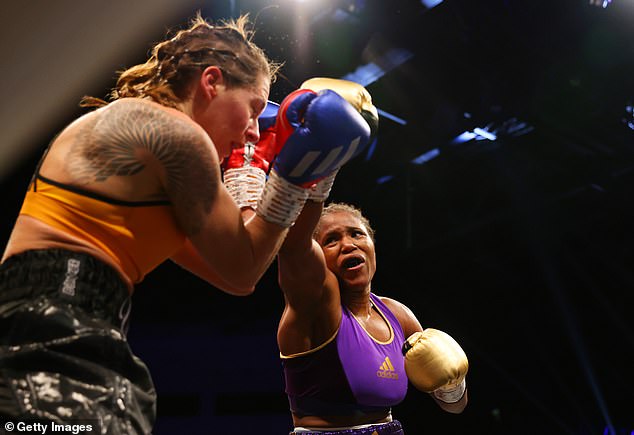 Dubois has dominated each of her opponents, winning her last four fights inside the distance

She has already set her sights on potential fights with Mikaela Mayer and Katie Taylor down the line, and looks set to be featuring in some huge clashes in the not-too distant future.

At her current rate of progression, it would be a surprise if she doesn’t have a world title around her waist by the end of 2023.

Dubois’ older brother Daniel has made waves in the heavyweight division in recent years, and holds the WBA (Regular) belt.

He could be outdone by his sister, though, as Caroline has everything needed to become the next face of women’s boxing.