This is the tallest task in boxing today, something six British fighters have previously failed to do, but something that Billy Joe Saunders is best-placed to attempt.

To bring down Saul ‘Canelo’ Alvarez would be an all-time great result for a Brit boxer, not least to do so on away turf in Texas when the Mexican is unquestionable the No 1 fighter on the planet and at the peak of his powers.

Saunders’ WBO belt and Canelo’s WBA and WBC versions are at stake on Saturday night, at the home of the Dallas Cowboys in front of 70,000 fans, in a super-middleweight title unification fight that will be immortalised if the belts are brought back to these shores. 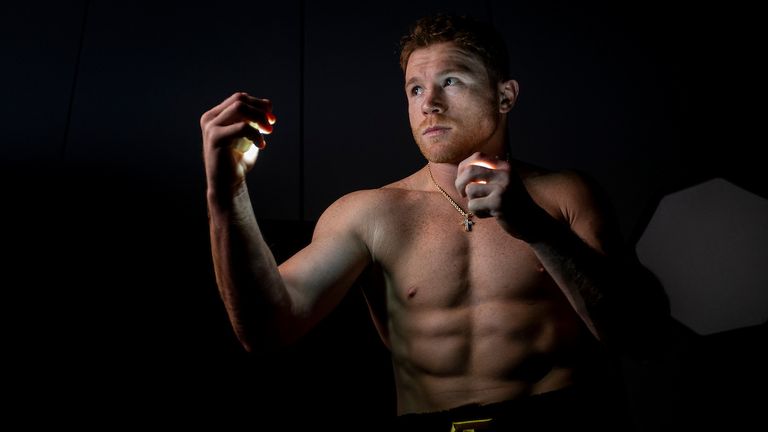 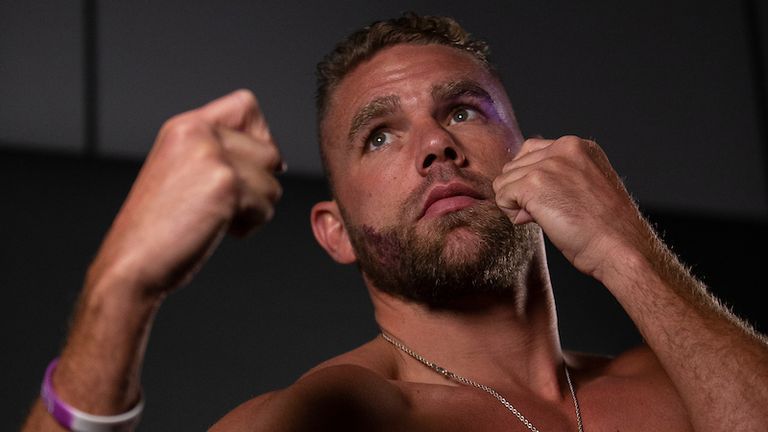 The scale of Saunders’ task is incomparable with any other opponent in boxing right now, such is Canelo’s white-hot form and brilliance, but there is something maverick and nonconformist about this latest rival to the red-haired Mexican.

In Saunders’ corner will be his ally Tyson Fury, the last Brit to produce an overseas result against a dominant champion. In 2015 he ended Wladimir Klitschko’s long reign in Germany and in 2019 he dismantled Deontay Wilder in the US.

He has seemingly whispered the secrets of those smash-and-grab missions to Saunders who has been an annoying, disruptive and antagonising distraction to Canelo all week.

Fury tormented Klitschko with a sheer lack of respect then won the psychological warfare – issues with gloves, the ring canvas and hand-wraps were all settled in the challenger’s favour. Klitschko, befuddled, was then beaten in the ring.

Saunders, similarly waspish, threatened to pack his bags unless his demand for a bigger ring was met. Like Fury six years earlier, he got his way.

“I don’t care about the size of the ring,” spat Canelo, as irate as he has ever looked.

The perception is that Saunders wants the bigger ring to maximise his space to move – two of Canelo’s more difficult fights were against Erislandy Lara and Austin Trout, a pair of southpaws in the same mould as Saunders. 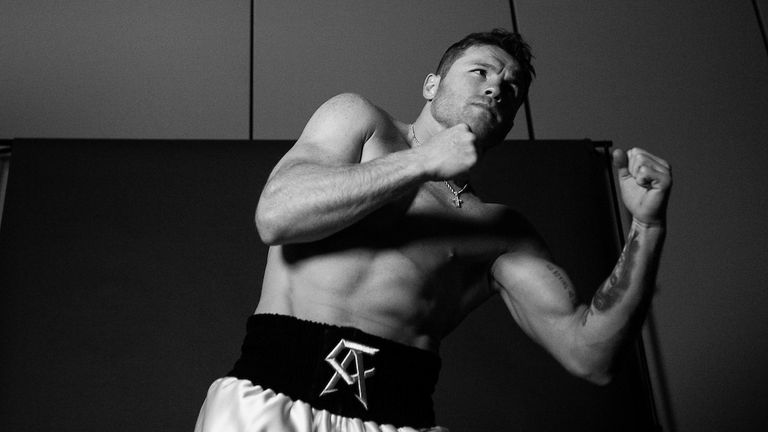 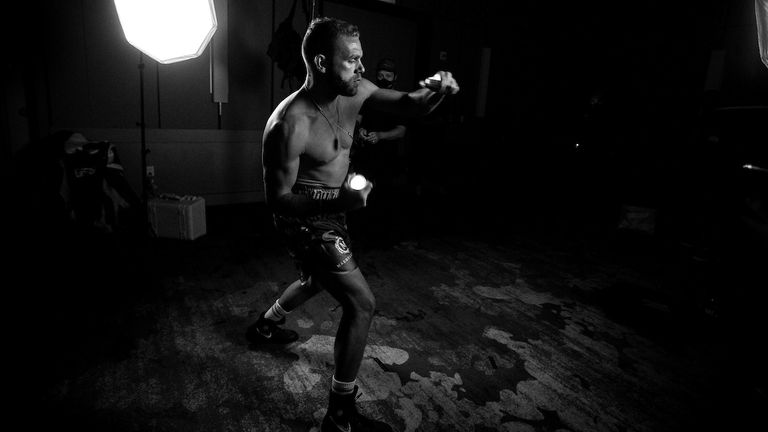 The sheer disrespect Saunders and his father showed Canelo during their first face-off was alarming – it is exactly the kind of attitude he needs.

These tiny advantages are required by the visitor to give him hope because Canelo’s in-ring ability is unrivalled. He turned pro aged 15, has been a boxer for over half of his life and has lost only to Floyd Mayweather (when he was just 23) in 58 fights.

He drew and won in classic fights with Gennadiy Golovkin, knocked out Sergey Kovalev in a calculated hit-and-run to make himself a four-weight champion, and in December he beat Callum Smith. Ominously, Smith was an undefeated super-middleweight champion like Saunders.

“He jabs and hits you,” Smith explained of his chastening experience. “You think: ‘How did that land?’

“He keeps you guessing all the time. You are hesitant.

“His best asset was his presence and his defence. He was so hard to hit clean. When I was throwing he was riding them, making me miss. You aren’t landing so you stop fully committing to shots.

“He takes away what you are good at.” 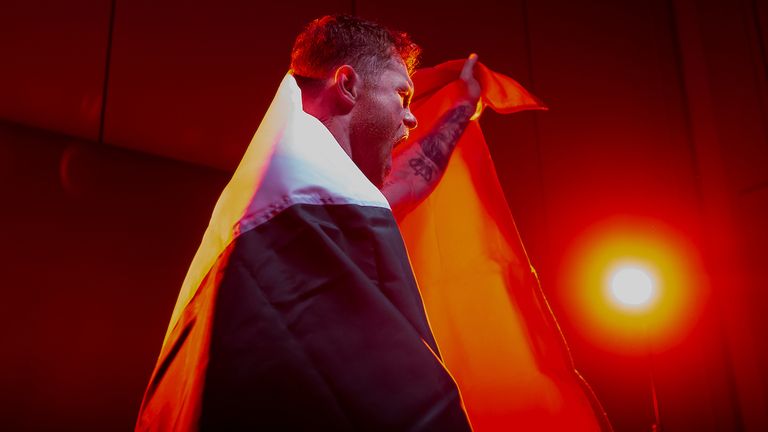 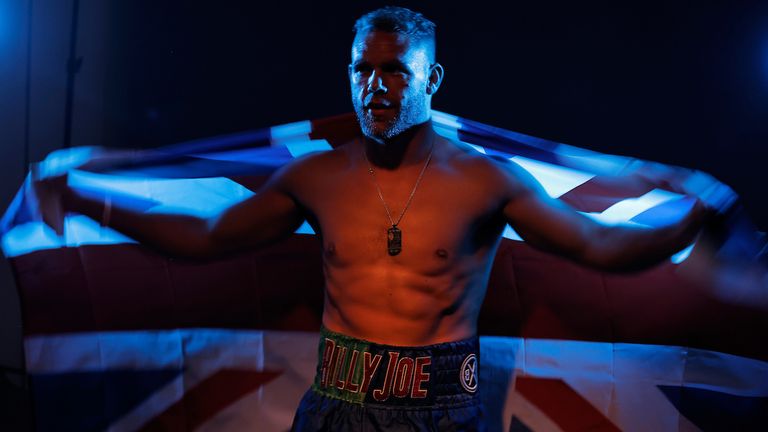 It is intriguing how the Mexican has been so visibly wound up by Saunders but he has dealt with much worse.

Two-and-a-half years ago, in the days prior to a fight with Rocky Fielding, Canelo was informed that his brother had been kidnapped by a gang in Mexico. He spent the following days negotiating the release then demolished Fielding without ever looking distracted.

Andy Lee, the former champion who was beaten by Saunders, told Sky Sports about his former rival: “If he starts fast, gets an early lead, then does enough to stay ahead. He’s good at that.

“If he comes out peppering him – move, move, move.

“Don’t exactly run away from him. Stand your ground.

“He’s very quick, Billy Joe. He’s quicker than Alvarez who is not the quickest but does have good timing.”

“Alvarez picks a lot of shots but if you can feint, feint, feint then let your hands go? Billy Joe is good at that.

“Steal the early rounds then do enough to stay ahead.”

Saunders warned: “This fight is all about the brain. Not about power, muscle or skill, it’s the brain and the game plan.”

The Brit is undefeated in 30 and has traditionally risen to the level of his rivals – his standout result was in David Lemieux’s home country of Canada four years ago. But he has been inactive while this is Canelo’s third fight in six months.

It is part of a wider quest by the Mexican great to become undisputed champion – Caleb Plant holds the remaining belt, the IBF, and has been teed up for September already. This is the elite level that Saunders is competing at on Saturday night.

An upset victory in Texas where Saunders is viewed as little more than Canelo’s next conquest would be forever spoken about in British boxing circles. There are shades of Ricky Hatton taking on Floyd Mayweather.

The danger for Saunders is simply that Canelo is even more magnificent than the reputation that precedes him.