British boxing star Frazer Clarke is cautiously optimistic his close friend Anthony Joshua can level the field against Oleksandr Usyk on August 20. And the unified heavyweight world champion has been warned not to overlook AJ’s ‘frightening’ power despite a convincing decision win when they first met last September.

Former cruiserweight champion Usyk, 35, stepped up in weight to strip Joshua of his WBA (Super), IBF, WBO, and IBO heavyweight titles at Tottenham Hotspur Stadium. The pair will collide in Saudi Arabia this time around, and Frazer is confident in Joshua’s ability to finish the fight at any moment.

“You know when you see what someone’s doing in the gym? I just do simple physics, yeah. The simple physics is this – if that man [Joshua] hits you on the jaw more than once, you go down,” Clarke told iFL TV following his TKO win over Ariel Esteban Bracamonte. “I don’t care who you are. It’s that simple. He punches frighteningly hard and fast.”

‘The Eraser’ acknowledged the Rage on the Red Sea will be “a really tough fight” for Joshua, whose record now stands at 24-2 after losing two of his last four outings. The 32-year-old avenged his first career loss after he was stopped by Andy Ruiz Jr. in June 2019, and he’ll look to mimic that feat with a comeback win over Usyk. 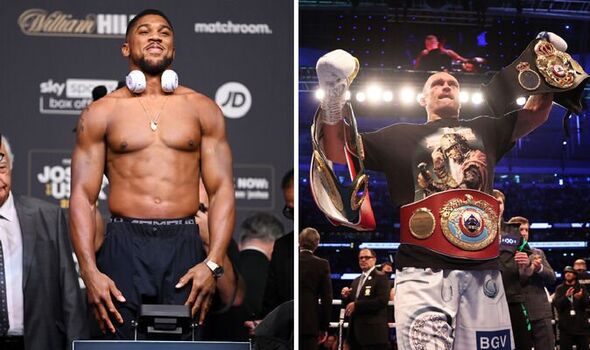 Clarke, 30, has seen first-hand how Joshua has prepared during this latest camp in Loughborough, training for 12 weeks ahead of a make-or-break matchup. He ‘doesn’t see why anyone in the world can stand up to’ his gym partner if the London 2012 Olympic champion finds his rhythm.

“He’s gotta get in position to do that, get his balance right, [get] the psychological side of things right,” added 2-0 Clarke, who won bronze in the super-heavyweight division at the Tokyo 2020 Olympics. “Sometimes I probably talk with my heart and not my head – he’s my boy, and I want him to win. I’m praying for him to win, and I’m behind him every step of the way.” 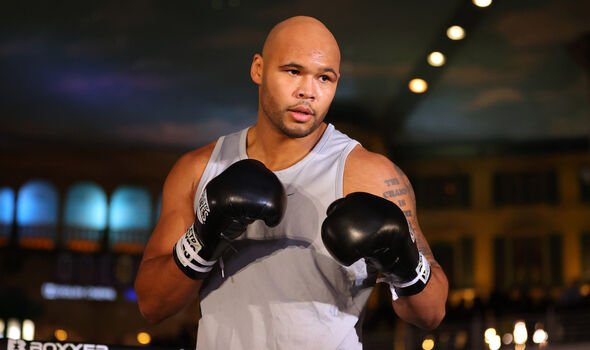 Joshua’s deficit in speed compared to the more fleet-footed Usyk was critiqued as one of the difference-makers en route to the former’s shock defeat last year. A rematch was at one point in doubt due to Russia’s ongoing invasion of Ukraine, with Usyk temporarily pausing his training plans to volunteer in the war effort.

The southpaw will hope that interruption doesn’t lead to a difference result in Saudi Arabia, which also happened to host Joshua’s revenge victory over Ruiz. The Londoner’s punching power has rarely been in doubt, but the more pressing question is whether Joshua has made the necessary adjustments in his weaker areas to overcome Usyk.