Nate Diaz has revealed that a fight with Jake Paul could be on the cards with the MMA star considering a switch to boxing.

The 37-year-old has more freedom to explore his options after beating Tony Ferguson in the final fight of his UFC contract earlier this month.

Now a free agent, Diaz was asked about a potential bout with Paul, while in attendance at Canelo Alvarez’s victory over Gennadiy Golovkin on Saturday in Las Vegas. 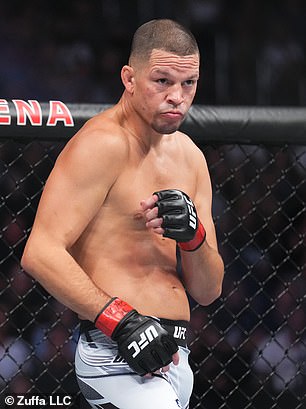 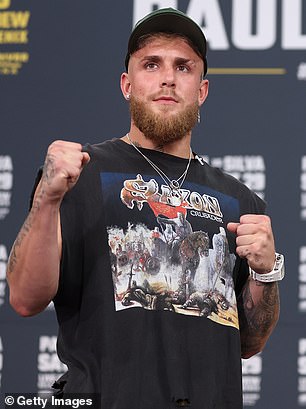 He told YouTube channel iD Boxing: ‘(Jake Paul) is for sure one of the options.

‘I’m sure if he wins that, I’m sure people will be really impressed by it. And if Anderson (Silva) does his thing on him that’s impressive also.

‘Now we’ve got a fight on his hands. I’m looking forward to it.’ 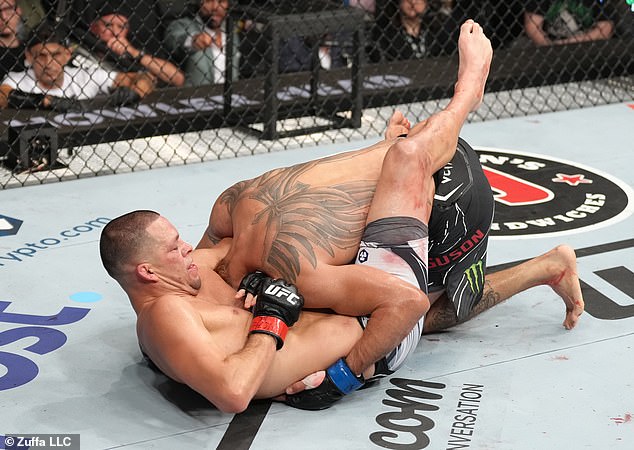 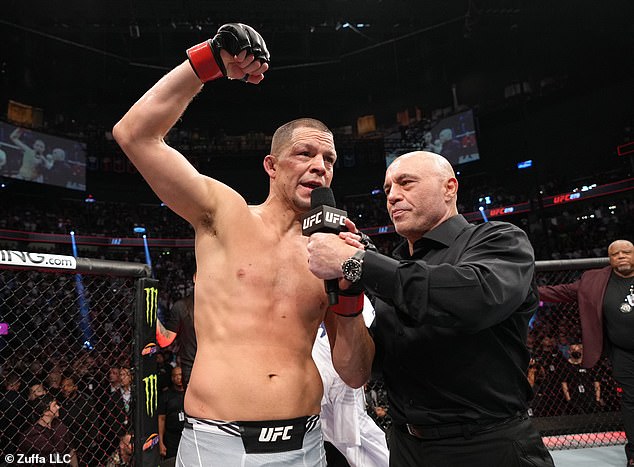 Paul, 25, holds a 5-0 professional record and has in the past been involved in  a war of words with Diaz on social media.

For now, Paul is currently scheduled to fight UFC legend Silva, in October 29 in Glendale, Arizona in his biggest fight to date.

When asked who he believes will win the fight next month, Diaz responded: ‘Fifty-fifty. I don’t know we’ll see what happens.’

Diaz, enters free agency off a submission win over Ferguson at UFC 279. The victory came following a long public contract battle with the promotion.

While Diaz hasn’t ruled out a return to UFC, it’s believed he’s planning to test other combat sports first.

After his victory over Ferguson, Diaz said: ‘I want to get out of the UFC for a little bit and show all these UFC fighters how to takeover and own up another sport how you’re supposed to do it. 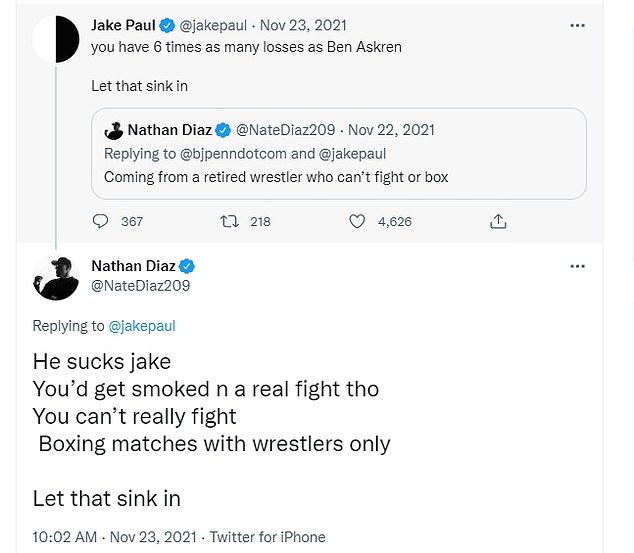 Paul wasted no time in reacting to Diaz’s words, as in a message online he said: ‘Nate Diaz says he wants to go into boxing… I wonder who he should fight?’ 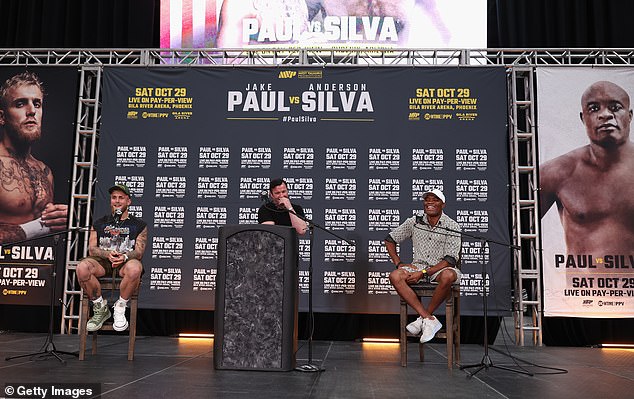 The 25-year-old began his rivalry with Diaz by including him and his brother Nick on a boxing hit-list which also included Conor McGregor and Kamaru Usman.

Paul slammed Diaz on social media last year, stating that the MMA star had six times as many losses as Ben Askren – a former opponent of Jake.

‘You’d get smoked in a real fight tho. You can’t really fight. Boxing matches with wrestlers only. Let that sink in.’