Mike Tyson believes Floyd Mayweather would beat Jake Paul ‘pretty bad’ if they were to fight each other. The two men recently clashed in Miami ahead of the 44-year-old’s battle with Logan Paul. Wild footage from the incident shows punches being thrown towards the YouTuber, who tried to steal Mayweather’s hat.

All was calm in Miami – until Jake Paul decided to throw his weight around.

The divisive YouTuber whipped up a frenzy by stealing Mayweather’s hat, leaving the American enraged.

The 44-year-old then snapped up, appearing to throw punches in a chaotic melee with Jake left sporting a black eye in the aftermath of the incident.

The footage makes for epic viewing and Mayweather was seething, shouting ‘I’m going to kill that mother******’ as he tried to regain his composure.

And Tyson has now had his say on the scrap.

The 54-year-old claims to TMZ that Mayweather would beat Jake Paul ‘pretty bad’ if they were to fight professionally, with the latter due to face brother Logan on June 6. 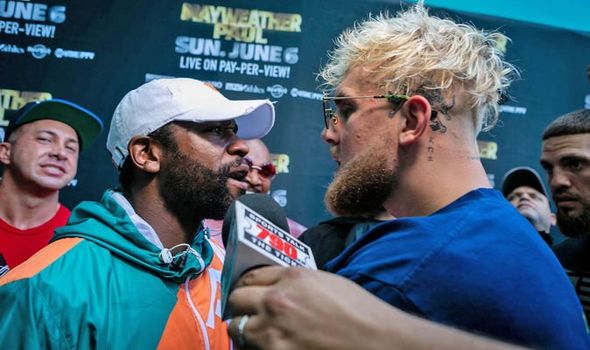 He is, however, a fan of the brothers.

Tyson said he ‘likes those guys’ and also insisted he wouldn’t come out of retirement to face either of the pair, with Lennox Lewis instead his main focus.

Jake was unrepentant after stealing Mayweather’s hat, saying: “Hey, after like thinking about it, I just want to say I apologise for my behaviour and I’m sorry.

“I shouldn’t have acted that way… I’m just kidding.”

He also revealed he got himself a shocking new tattoo which read ‘Gotcha hat’ in reference to what he said to Mayweather. 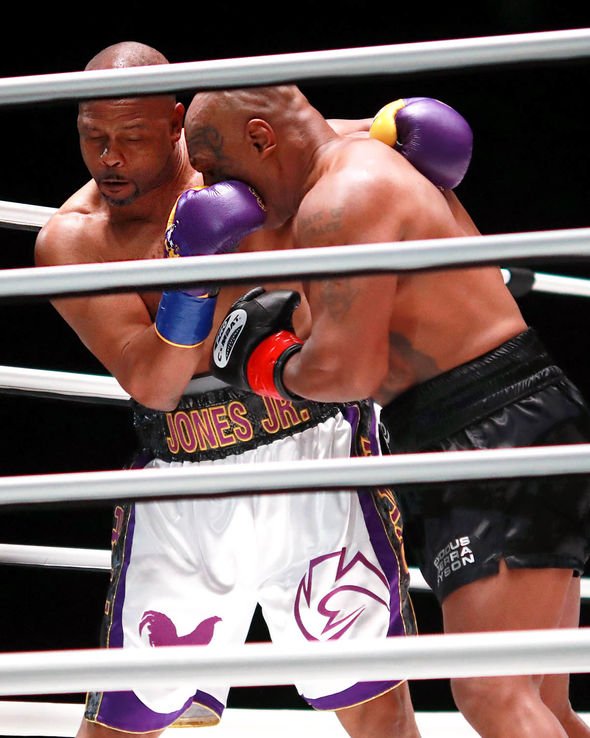 And he denied that his black eye came from McGregor, instead accusing one of the boxer’s team of roughing him up.

“One of Floyd’s 30 bodyguards got a clean shot on me in the eye,” he said.

He then added: “Honestly I have had three easy fights as a pro so I’ve been itching for some real action.

“I stole his hat because he steals people’s money with boring fights.”

Conor McGregor, meanwhile, has weighed in on the incident by firing shots at Mayweather – urging him to fight somebody better than Logan. 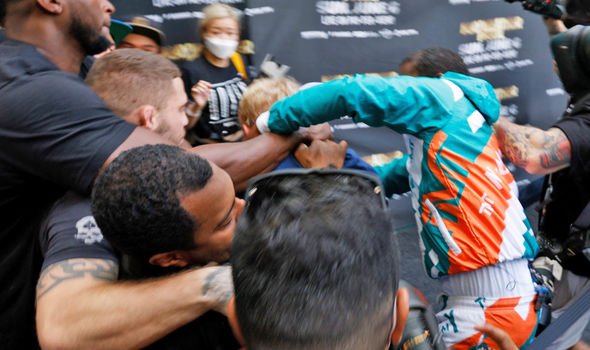 “The kid curled up, didn’t fight back once, and Floyd is still running around acting the tough guy.

“The kid actually just pulled this shambles of a situation Floyd is in out of the drain for him. He should thank him. It’s embarrassing!

“Pro to pro it’s embarrassing. He will not scratch $10million for this fight and he knows it. It was cancelled once already.

“The world is watching this on Twitter. He’d fight a half decent pro and command $20million upwards, yet it’s this s***.

“Whatever way you spin this, it’s sad. Fight someone for real, on your record, or f*** off mate. Slap head!” 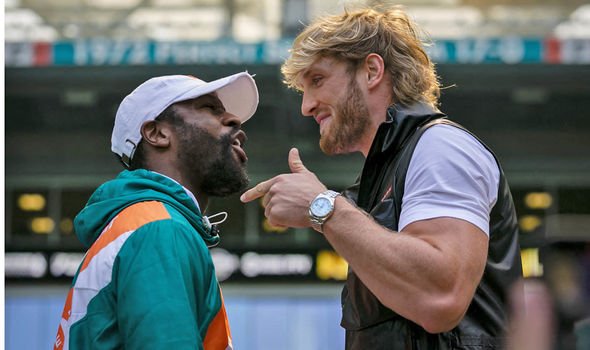 Mayweather has also been trolled by rapper and actor 50 Cent.

50 Cent joked that the boxer had ‘pubic hair’ on his face – in an apparent dig at the 44-year-old’s bushy beard.

“WTF going on on champ head,” he said.

“I heard he had his pubic hairs put on his face. Lol.”

In a separate post, he then added: “Floyd like [sad face] you can’t show people my hair.”