‘I wouldn’t be saying this bull****… you consider me a b****?’: Mike Tyson’s goes off on furious rant while filming promo for comeback fight against Roy Jones Jr as he is asked to quiz his opponent on films and music

Mike Tyson unleashed a foul-mouth tirade while filming a promo for his comeback fight with Roy Jones Jr – describing the content as ‘a f***ing joke’.

The 54-year-old’s sensational return to the ring is being filmed for a 10-part documentary series with Triller, who have reportedly paid over £38million ($50m) to secure the rights for the fight.

And while filming some promotional work for the bout, Tyson was left infuriated by a series of questions he was being asked to say to the camera.

Before his rant, it appears as if Tyson was directed to ask his opponent to ‘name a song and movie that gets you pumped up’.

WARNING – explicit language in video below 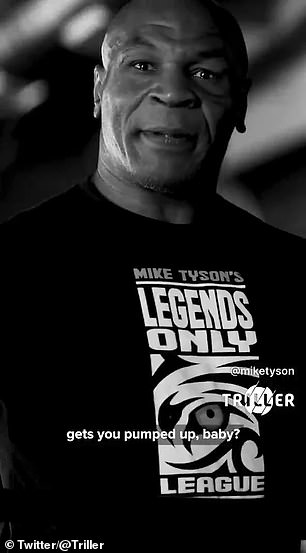 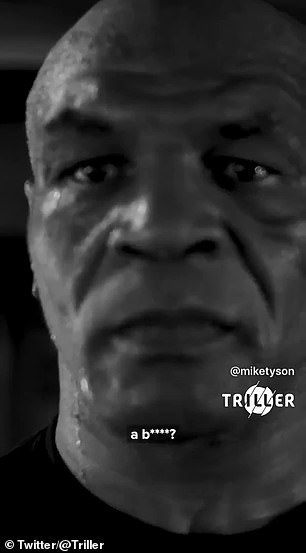 However, the ‘Baddest Man on the Planet’ wasn’t having any of it.

Tyson unleashed: ‘I don’t wanna do this. It’s really not me. I wouldn’t be saying this bull****.

‘I’m not going to ask him to be playing no song or movie or what he likes. You wanna sell the fight, we’re not gonna sell it talking f***ing nursery rhymes, f***ing novel stuff.

‘A f***ing joke and these guys are not trying to kill each other. Hey, what song or movie gets you pumped up, baby? Come on, man. That’s me? That’s what you consider me. You consider me a b****?’ 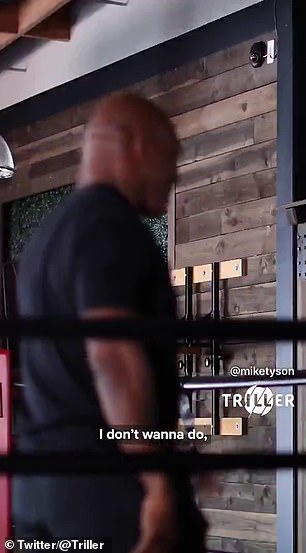 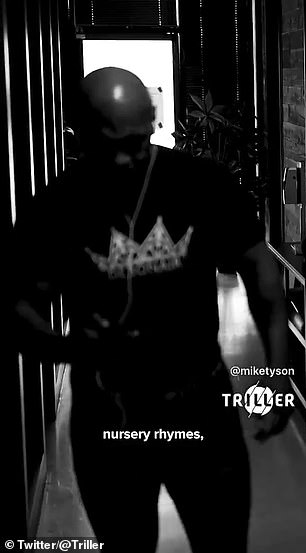 While trying to sell the fight, Tyson was asked to quiz Jones about his choice of films and music

Tyson, who became arguably the most feared heavyweight of all time after becoming the youngest ever to win the world title in 1987, was due to take on 51-year-old Jones in a controversial eight-round exhibition in California on September 12.

However, the bout has now been put back until late November after organisers decided to make the pay-per-view event bigger with more fights on the undercard, it was announced on Wednesday.

Tyson said: ‘Changing the date to November 28 will give more people the opportunity to see the biggest comeback in boxing history. 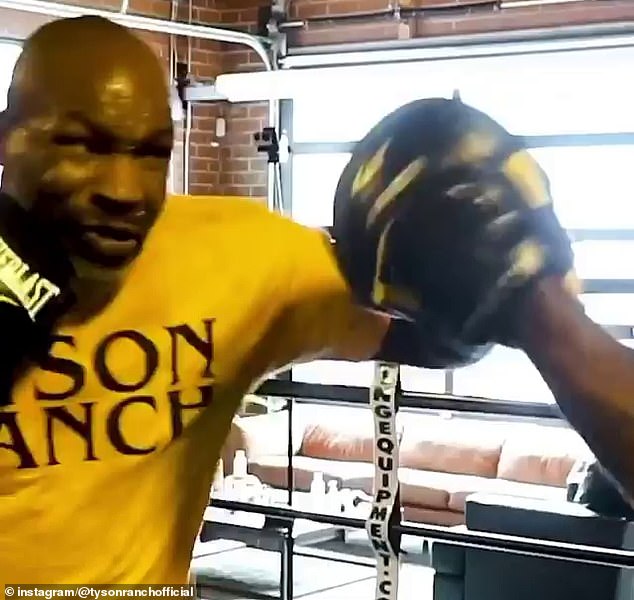 Jones last fought in 2018 while Tyson’s last professional fight was a defeat by Kevin McBride 15 years ago.

Andy Foster, the head of the California State Athletic Commission, previously said that he expects the clash between Jones, 51, and Tyson, 54, to be a sparring session.

However, Jones Jr stressed that he will have to defend himself as if he was in a real fight.

‘It’s a sparring session, but you have to remember, I’m the small guy here,’ Jones Jr told Yahoo Sports. 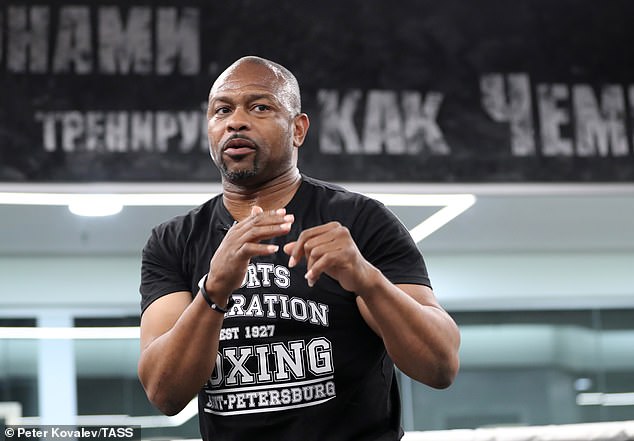 The exhibition match vs Roy Jones Jr, 51, has been pushed back to make the event bigger

‘Andy Foster can’t control Mike once Mike gets in the ring. I’ve got to defend myself like I’m in a real fight. If Mike goes out there and decides to start hammering, what am I supposed to do, look at Andy?

‘Hell no! I’ve got to defend myself and get back in it. I have heard what Andy Foster said, but I also know what Mike said and I can’t depend upon Andy Foster when I am in the ring with Mike. You hear me? I have to get myself ready for whatever Mike may bring. I have to be ready for war.’

News of the return has been received variably throughout the boxing world, with Eddie Hearn predicting an ‘absolute disaster’ while Floyd Mayweather and David Haye expecting a genuine showdown in the exhibition bout.