Conor McGregor has thanked Anderson Silva for his message of support following his freak leg injury, but took a pop at his rivals whose ‘claws came out’ amid his UFC 264 misery.

McGregor, 33, sustained the horror injury during his grudge trilogy fight with Dustin Poirier in Las Vegas in July. The severity of the Irishman’s leg break caused the fight to be waved off via doctor’s stoppage at the end of the first round.

The Notorious’ defeat was his third in four UFC fights and he is expected to be sidelined for a lengthy spell in a bitter blow for the former two-weight world champion who is staring into the abyss. 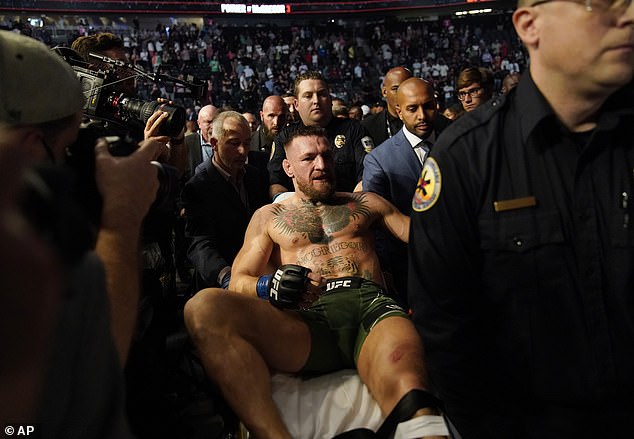 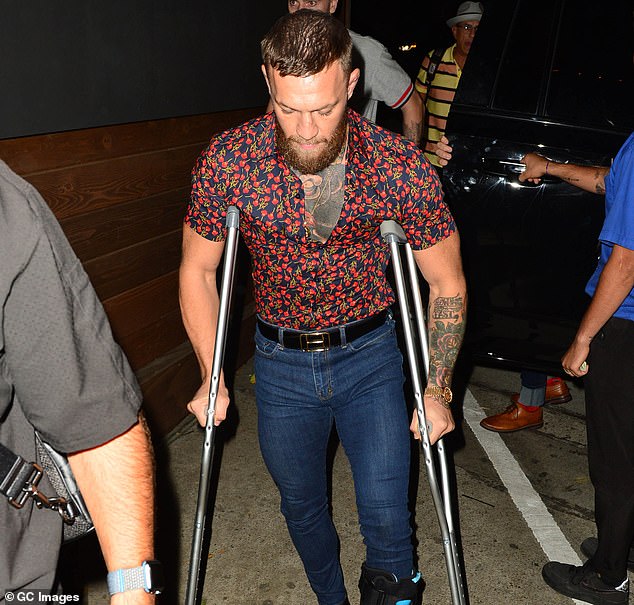 McGregor, 33, has been sidelined for a lengthy spell after a horror injury sustained at UFC 264

While McGregor’s rivals – who have been on the receiving end of his trash talk – have collectively rejoiced in the Irishman’s suffering, the 33-year-old has received support from UFC legend Silva, who obtained a similar injury against Chris Weidman in 2013.

The Brazilian, 46, advised McGregor to ‘prepare your mind for when you’re back’ and to ‘prove how much you love your job’ as ‘mentally it is very important’.

McGregor thanked Silva for his counsel, before turning his sights on his rivals in an Instagram message. 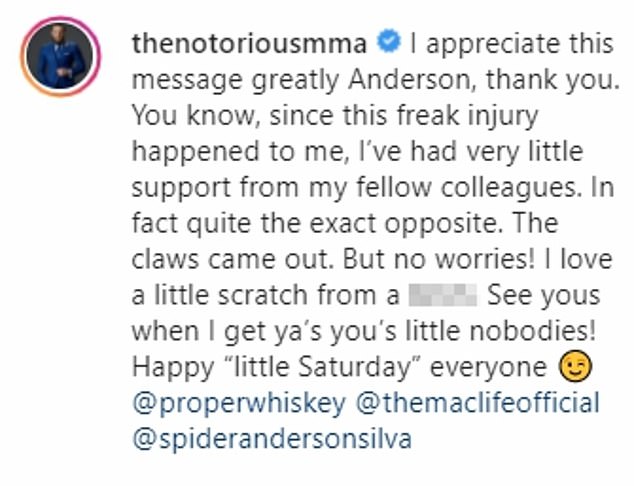 ‘I appreciate this message greatly Anderson, thank you,’ he said.

‘You know, since this freak injury happened to me, I’ve had very little support from my fellow colleagues. In fact quite the exact opposite. The claws came out. But no worries! I love a little scratch from a b****.

‘See yous when I get ya’s you’s little nobodies!’

McGregor’s arch rival Khabib Nurmagomedov said that ‘good always defeats evil’ after the Irishman’s unfortunate defeat, while fan-favourite Nate Diaz has repeatedly mocked McGregor for his current inability to walk freely due to his injury. 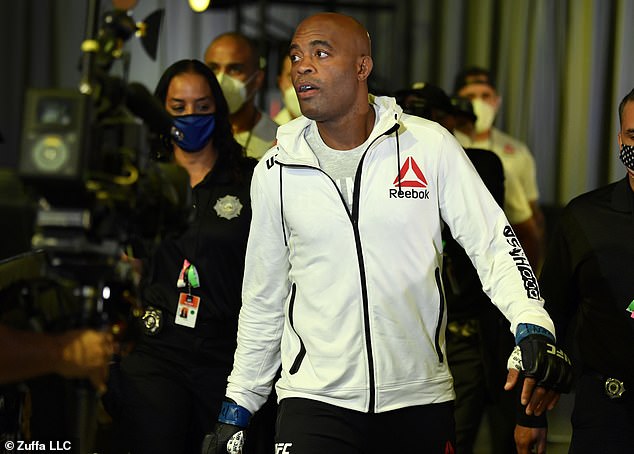