Logan Paul deserved to be recognised as the winner after he frustrated Floyd Mayweather in their exhibition bout, says fellow YouTuber Joe Weller.

The social media sensation exceeded expectations by lasting the full eight rounds with Mayweather at the Hard Rock Stadium in Miami.

No winner was announced under the rules, which did allow for knockouts, but Weller believes Logan Paul emerged with pride. 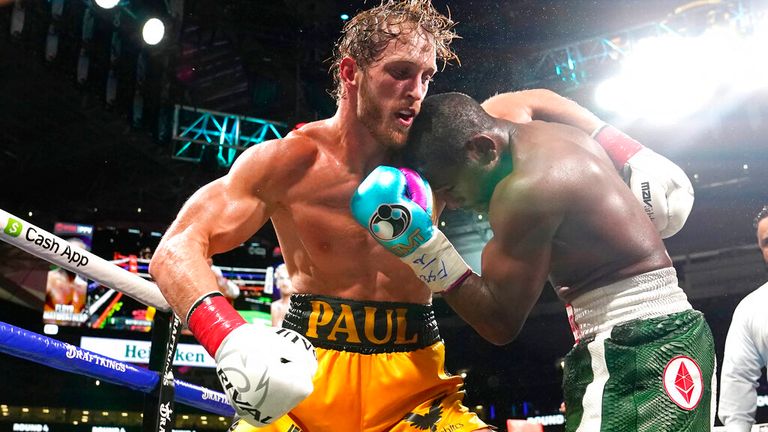 He told Sky Sports Box Office: “Looking at the internet. The majority of my Twitter are saying, ‘Logan Paul just beat Floyd Mayweather’.

“We don’t know. Was Floyd going a little bit easy on him. It did look like he got frustrated in there.

“If I was Logan Paul, I would be walking away very happy at the fact he’s got through the eight rounds.

“I think the reality check for Floyd was that he’s 44,” Nelson told Sky Sports Box Office.

“I’m quite sure if he could have got him out, he would have done.

“The size and the awkwardness of Logan. He did exactly what he had to do, tie him up, get him to complain to the referee, so he can’t work. That’s the only way he could have survived.

“You’ve got to give him credit, for getting to the end, because I didn’t think he’d get there.”

Weller insisted that Logan Paul should be viewed as a winner, particularly after defying his doubters.

“People can talk about it and say what they think in terms of what it’s doing for boxing, but I think Logan Paul held his own and I think this will now pave the future for more of the boxing fights as much as certain people may like or not like it.

“I was expecting Floyd to just end it soon. Make a statement saying that: ‘Boxing is not a game. You YouTubers get out of it.’ The fact that Logan Paul got to the end, fair play, proper respect.

Watch Mayweather v Logan Paul repeat on Monday, from 10am on Sky Sports Box Office. Book it via your Sky remote or book it online here. Non-Sky TV subscribers can book and watch it here.