Khabib Nurmagomedov has been offered a ray of hope in his bid to face Tony Ferguson at UFC 249, with Russia’s Federal Air Transport Agency stepping up to offer him a private jet to the US.

The fight scheduled for April 18 is set to feature Nurmagomedov but the lightweight champion has been left frustrated by a Russian travel ban as part of the country’s battle against the coronavirus pandemic.

He is currently stuck in his native Dagestan, but the agency have suggested he may still be able to gain a permit for travel. 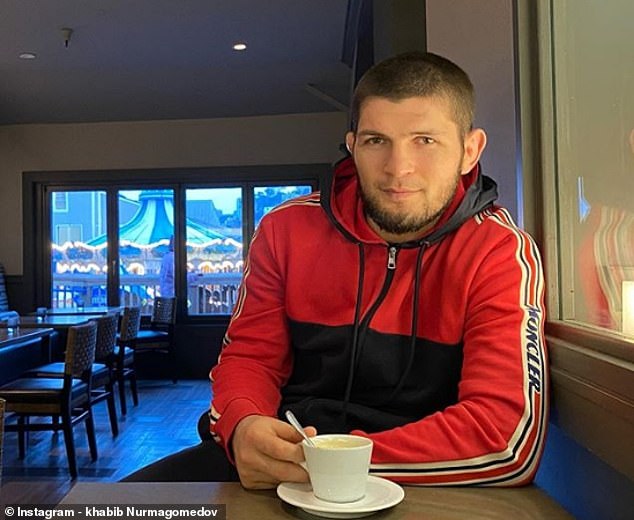 In an announcement made by the agency, as reported by the Russian outlet Sport Express, they stated: ‘For Khabib to be allowed to fly to the US on a private jet, the flight company whose services he intends to use, should obtain a permit for flying out of Russia and for arrival in the USA.

‘The companies which provide private air travel usually know which documents the passenger needs to have so that they will be granted entry on arrival at the border.’

Should Nurmagomedov fail to gain a permit and remain stuck in Russia, it is reported that Justin Gaethje is in place to replace the MMA superstar.

Although his replacement is yet to be confirmed, Gaethje is considered the favourite to step in despite Ferguson still considering his options according to ESPN. 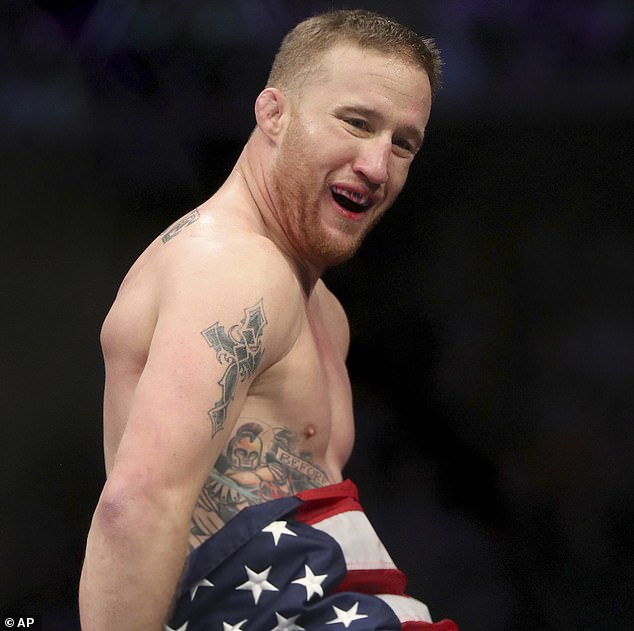 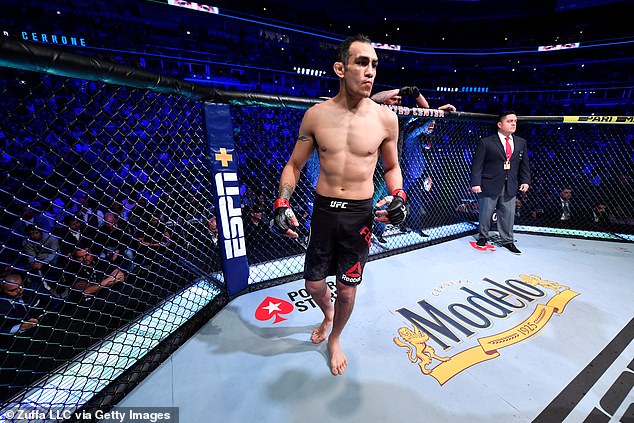 Overseas locations were being discussed for the fight including in the UAE but attentions have now looked at a stateside bout from varied locations including Oklahoma, California, Florida and Kansas.

Conor McGregor’s trainer John Kavanagh had hinted that the Notorious could have emerged as a replacement in response to a Twitter poll.

Kavanagh replied to a vote on who Ferguson should face by stating ‘maybe there is a third option.’

The 31-year-old was last in action in January when it took him only 40 seconds to see off Donald Cerrone in a destructive display. 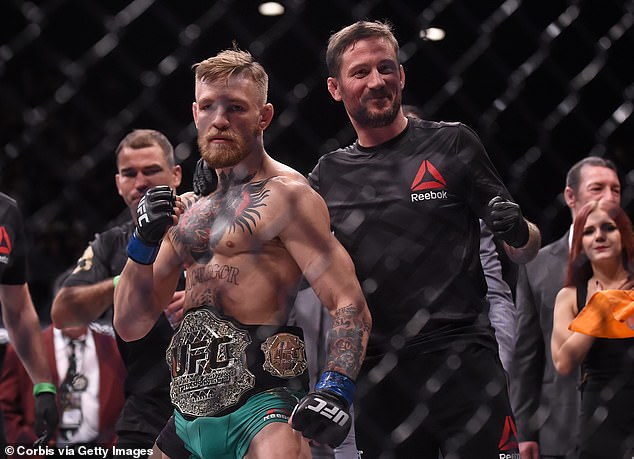 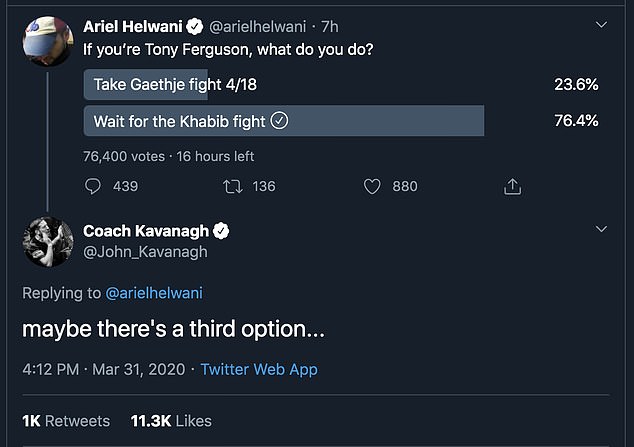 Either way the Nurmagomedov situation has left UFC president Dana White frustrated at trying to put a match together during the coronavirus chaos.

‘The challenges are that every time I get something figured out, I wake up the next day and the world has completely changed again,’ White said.

‘Everything that I work hard on the day before, me and my crew, has now fallen apart. It literally just happened to us again today. 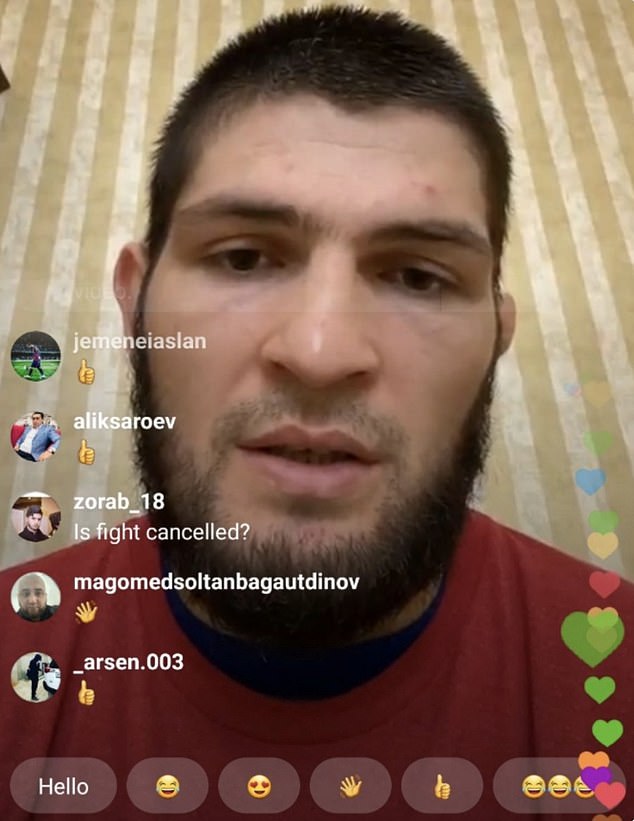 ‘I woke up and Khabib Nurmagomedov is in Russia and they just shut down all travel in and out of Russia.

‘I woke up this morning and the whole world f****** changed again. So back to the drawing board and we’re figuring this out right now as we’re speaking right now, I have people working on this thing as we speak.

‘Listen, I am absolutely f**king relentless and I said that this fight is going to go on and it will.’