Khabib Nurmagomedov is a ‘different level’ to Charles Oliveira and fans ‘truly know what would happen in that fight’ if Dagestani came out of retirement, claims Kamaru Usman

Oliveira came through adversity to defeat Michael Chandler with a TKO in their UFC 262 main event last weekend.

It was the Brazilian’s ninth win in a row and there’s no doubt he is fully deserving of his status as champion. 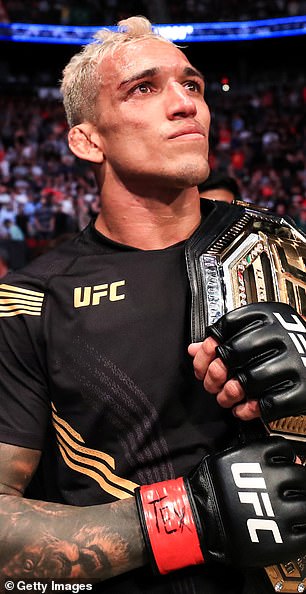 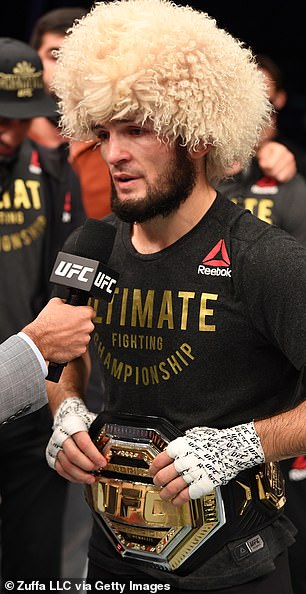 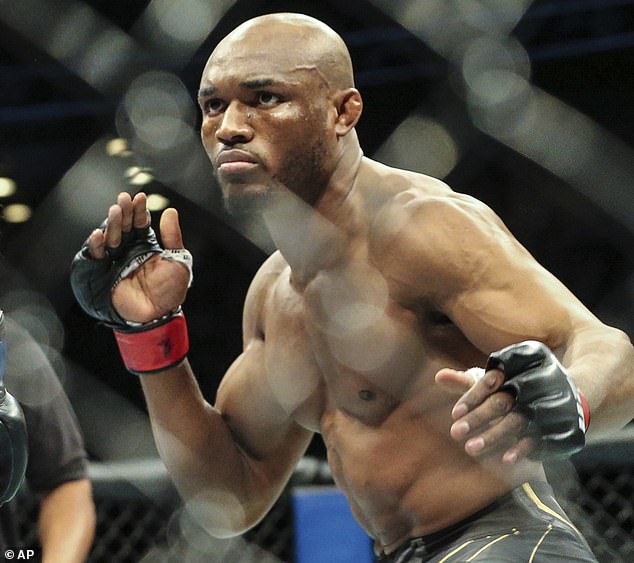 There are always question marks about the new man on the throne when the previous champion vacates the belt.

And Usman believes Khabib will have been watching on with interest to see who succeeded him as the new 155-pound supremo.

But he does not believe the Russian will be tempted to come out of retirement at 29-0 to claim back what was previously his, despite having the ability to dominate Oliveira.

The welterweight champion told TMZ: ‘I guess for fans maybe (it would be an interesting matchup).

‘For the ones who truly know, (they) know what would happen in that fight. And yeah definitely, I think Khabib did watch the fight. Was he intrigued and thinking, “Hey I want to get back in there?” Probably not.

Usman added: ‘More power to Charles Oliveira. I’m impressed by him and I’m a fan of what he’s been able to do in his career. But I just think there are levels to the game and I think Khabib is a different level.’

Perhaps it will be a different story if Oliveira manages to string a number of title defences together.

One of the many reasons Khabib decided to walk away was that he had already disposed of his top contenders. He has never locked horns with Oliveira and the longer the Brazilian reigns the more clamour there will be to see Khabib return. 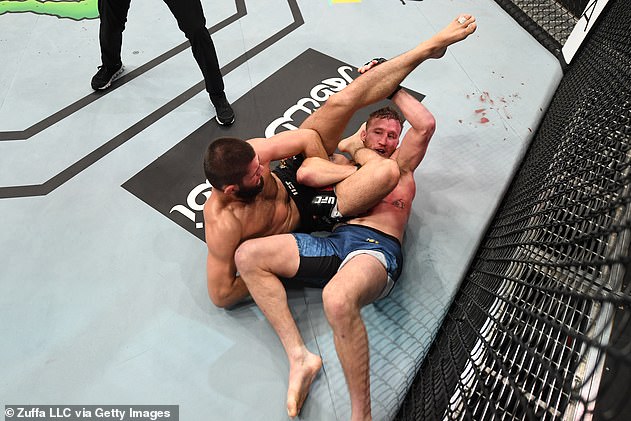