Jake Paul has taken aim at the UFC and accused them of underpaying their fighters.

The YouTube star-turned-professional prizefighter was chatting to former UFC title challenger and media personality Chael Sonnen on his podcast, and weighed in on a number of topics, including fighter pay and his recent skirmishes with UFC champion Kamaru Usman and former two-weight champ Daniel Cormier.

Paul has a 3-0 pro boxing record, though none of his three wins have come against a legitimate professional boxer.

But that fact hasn’t stopped him from becoming a huge earner as a pay-per-view prizefighter on the upstart social media-based company, Triller, whose “Triller Fight Club” brand is attempting to disrupt the established order in professional boxing promotion.

But, despite his close association with Triller, Paul revealed that he’s open to fight for whoever he chooses, and said that fighting as a free agent should be the norm in combat sport, as opposed to being locked into contracts. 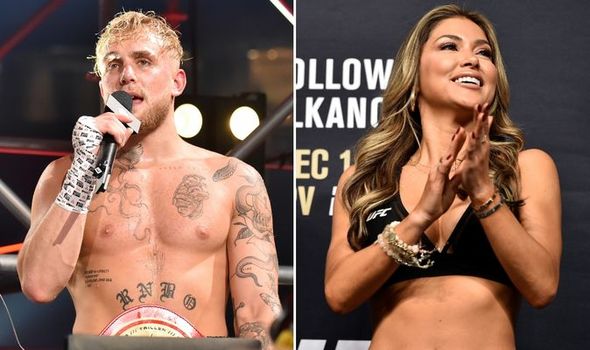 “Look, I think that’s the way it should be with all fighters.

Paul then used the example of Arianny Celeste, who has parlayed her fame as one of the UFC’s most recognisable octagon girls into a lucrative career as a model and television personality, as a case study of how he believes fighters aren’t being paid enough.

“How is Arianny Celeste – she’s a ring girl, right? How is she making more money than some of the fighters in the octagon who are risking their lives?’ he asked.

“It doesn’t make sense to me, and it’s just a big problem.

“They’re the ones risking their lives and they should be rewarded for that.”

Paul has been chasing fights with a number of established UFC names. But while he has pursued boxing matchups with the likes of Kamaru Usman and Conor McGregor, plus retired former champions Daniel Cormier and Michael Bisping, he hasn’t taken the move of challenging himself inside the octagon under mixed martial arts rules.

Instead, he wants the established world-champion MMA stars to step out of their comfort zone to meet him in the boxing ring, and while he has been successful in drawing angry responses from his targets, no bout has been signed.

Paul said there could be a possibility of a matchup with current UFC welterweight champion Usman, however.

“I believe Kamaru’s manager is already in talks with Dana and I think that’s all I can say.

The mention of Cormier then led to a conversation about their biggest interaction so far, when “DC” left his commentary position at UFC 261 to approach Paul, who was sat in the front row of the crowd.

A heated verbal exchange followed as UFC and arena security moved in to ensure tempers didn’t get out of control before Cormier eventually returned to octagonside to continue his commentary duties.

Looking back at the incident, Paul couldn’t quite believe how the two-division UFC champion and former Olympic wrestler reacted on the night. 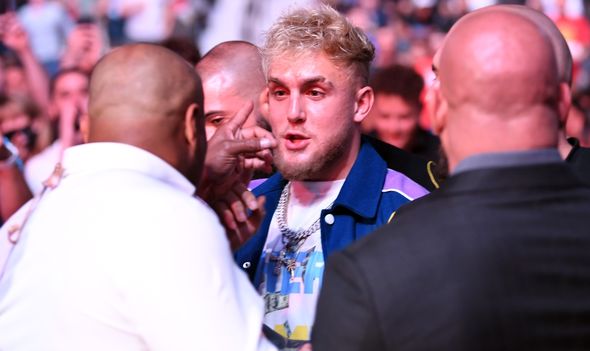 “Because a lot of people see I’m on Twitter saying all this s***, I have blonde hair, I’m dressed like an a******, I look like a little celebrity kid who you can probably intimidate, and I think he was legitimately coming over there to check me to see if I was going to get scared by the former heavyweight champion of the world.

“I’m really about this life. I think I can say that with a lot of credibility now.

“So that’s what I think it was initially about. He was really trying to get in my face and I was like, ‘Daniel, sign the contract.’

“What I meant by that was let’s make a fight happen. If you want to come over here, get face to face, tell me to keep your name out of my mouth, why not fight? That would be one of the biggest paydays you’ve ever had.

“You’re a commentator, Daniel, go back to doing your job. Leave me out of this.”

A bout with Cormier is a non-starter, while a fight with Usman would appear to be unlikely, too. But one fight the fans are clamouring to see is a battle for the UFC heavyweight title between reigning champion Francis Ngannou and pound-for-pound great and former light heavyweight king Jon Jones.

Despite the fan demand for the fight, it appears the UFC has moved on from the matchup after negotiations between the promotion and Jones broke down over “Bones” fight purse demands.

Speaking before the announcement of Anthony Joshua and Tyson Fury’s upcoming bout, Paul said he was frustrated that the big fights don’t seem to be getting booked swiftly, and called on UFC president White to stump up the cash to make the biggest heavyweight fight in UFC history a reality.

“Especially now more than ever,” Paul said. “How come these big heavyweights – Joshua vs. Fury – how come that fight’s not happening? Quite frankly, that’s the fight we all want to see,” he said.

“How come these things aren’t happening? The whole lightweight division in boxing. Jon Jones vs. Francis (Ngannou), why isn’t this happening? Because of payment.

“Dana, give these guys $10 million each plus pay-per-view and make the fight happen. There’s gotta be a way.”