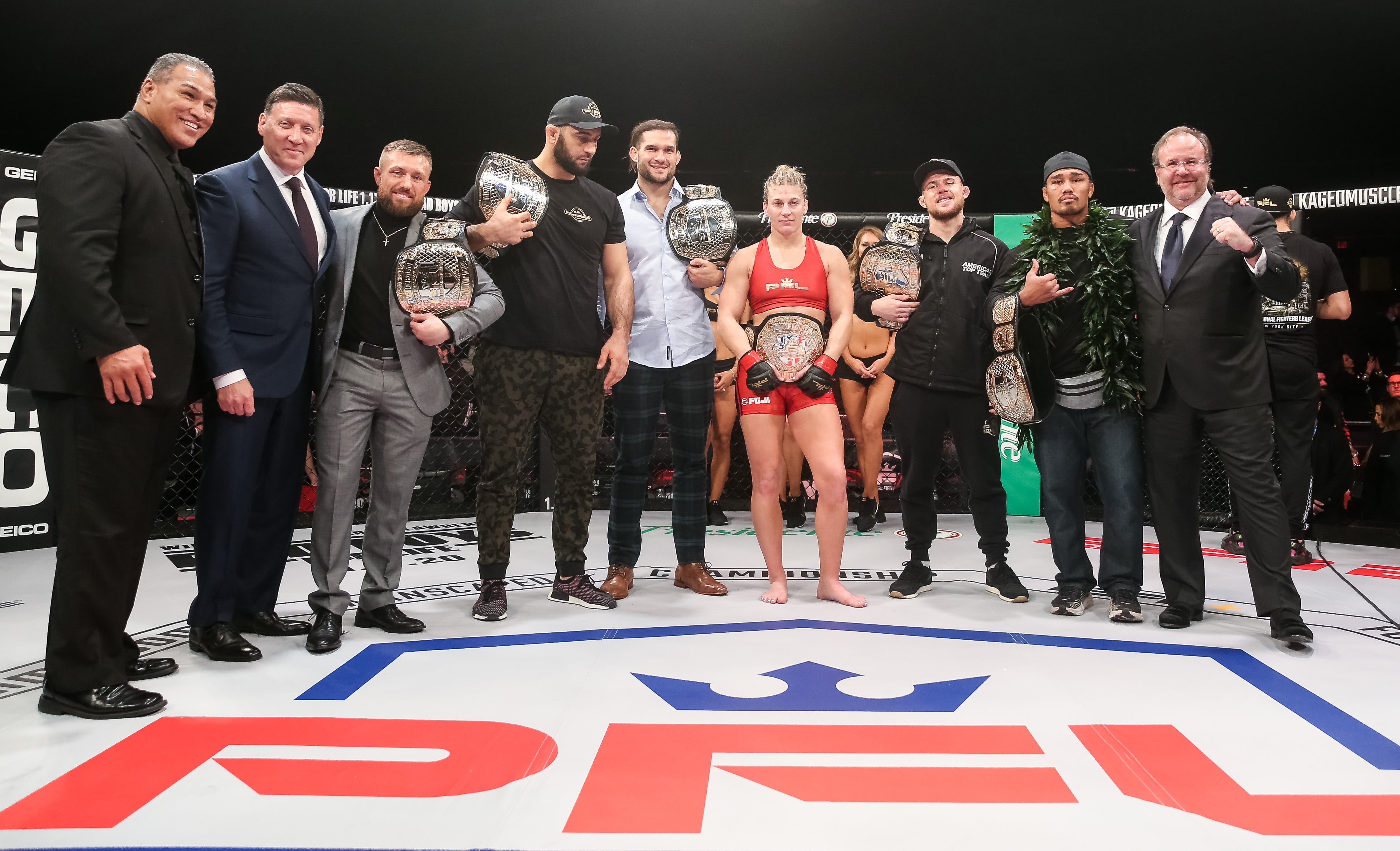 Come the end of the regular season, the eight fighters with the most points in each weight class advance to the post-season play-offs. On New Year’s Eve, the two athletes left in each weight class face off against one another with their division’s championship and $1million in prize money on the line.

“Our format makes so much sense,” says Murray, a former senior executive with the NFL. “There’s so much manufacturing that’s gone on [in other companies]. Let’s leave it to the fighters. Our approach really appeals to them in that they earn their way – there’s a very clear, transparent path to a championship, and fans are assured that the best athletes will be fighting against each other in the post-season. And there’s a lot on the line every year.

“The format works for other major sports and leagues, including the NBA and football, so we were convinced that it would work in MMA – and it absolutely has.”

Broadcast and social media statistics around the PFL – which airs in 160 countries and is partnered with ESPN, Sky Sports and DAZN among other networks – point to a pace of growth that mirrors that of the sport itself. There’s also a CAA licensing deal that positions the PFL alongside Premier League sides Liverpool, Manchester City, Arsenal and Tottenham, as well as the Harlem Globetrotters and golf’s PGA Tour. The coronavirus pandemic, however, threatened to bring the league’s progress to an abrupt halt, forcing the cancellation of the 2020 season. Murray admits it felt too soon in the PFL’s journey to present a modified take on its usual format while also putting fighter, fan and staff safety at risk.

But he also insists that he and his team have used this year to put extra preparation into the 2021 PFL season, which will begin in April and feature an enhanced roster and the integration of new technology. The PFL already puts a unique emphasis on technology in terms of its presentation of statistics, an area of sports in general that has swelled significantly in recent years – though most MMA promotions have failed to capitalised on this development.

During fights, the PFL presents punch speed and heart rates to its viewers in real time, as well as total strikes thrown, takedowns attempted and the distance covered by each competitor, with the measurement of kick speed to be implemented in the 2021 season. These aspects are not “innovation for innovation’s sake”, Murray stresses, although he does note there has been “zero innovation” in the sport since its birth three decades ago. Instead, he suggests that PFL’s technology marks an attempt to move into the “next generation” of MMA and shed further light on how much of themselves fighters put into their bouts, and how much they really leave in the cage.

“I don’t think this sport has done a great job at telling the athletes’ stories – their emotional journey, their physical journey, who they are as people, what they’re fighting for. All of that is what makes people care,” Murray tells The Independent.

“I’ve spent my entire career in sports, and for all athletes – whether it’s a football player in the Premier League or an NFL player – there are three things they want to work for. Number one: to compete against the top talent. Number two: to have that opportunity to compete on the largest stage. And number three: to be champion and have all that comes with that. PFL fighters know who they’re fighting, when they’re fighting, and what they’re fighting for.” 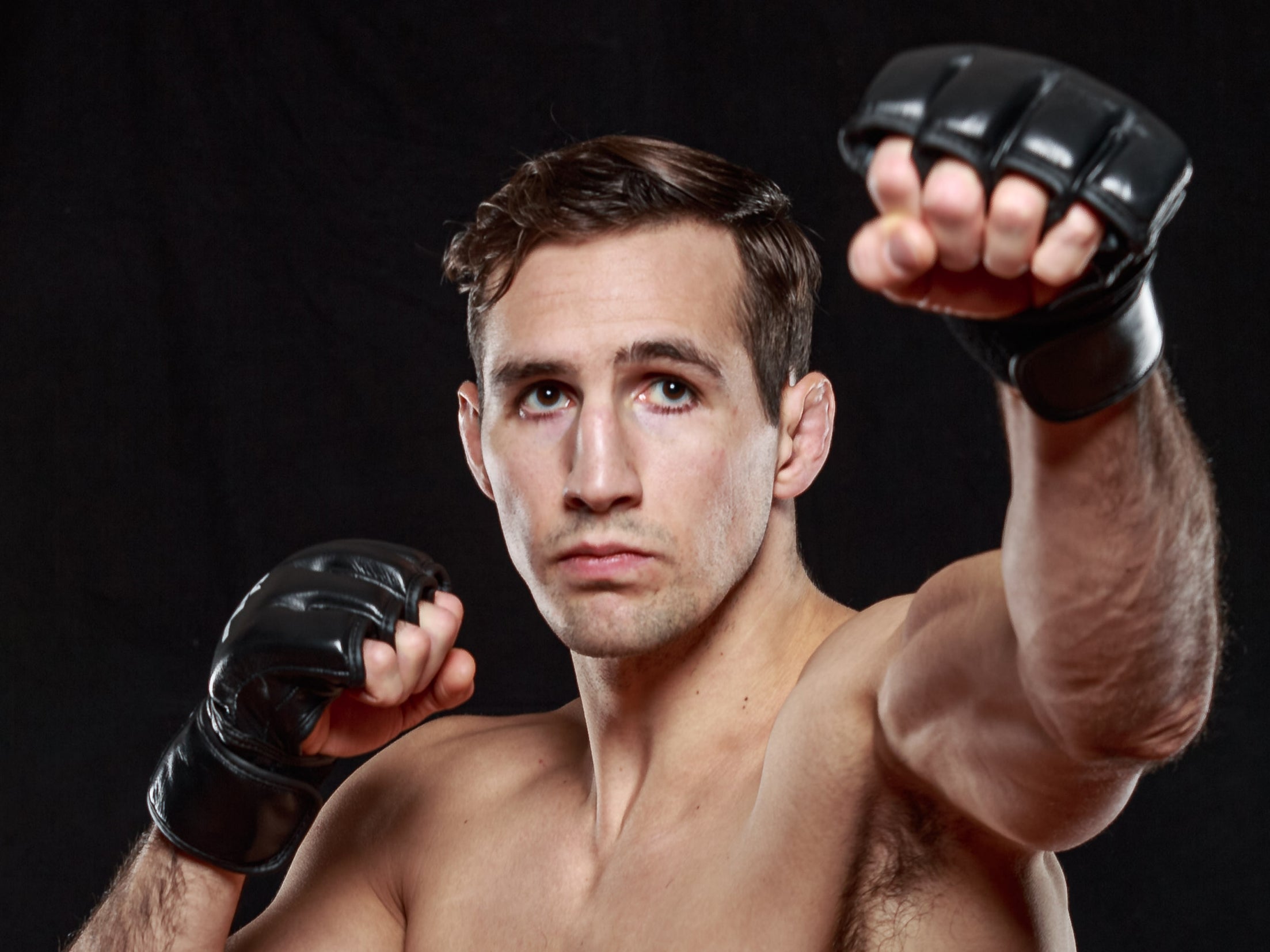 Murray frequently refers to the promotion, for whom Mike Tyson is an adviser and partner, as a “premium product”, evidencing his marketing background – which was employed in a senior role at Under Armour prior to his time with the PFL. Yet the league’s approach has seemingly been developed in pursuit of a sincere sporting venture, with the considerations of – and effects on – fans and fighters ostensibly vital to the decisions that the PFL team makes.

With the voices criticising fighter pay in MMA growing in number and volume year-by-year, Murray says the PFL’s approach goes some way to alleviating such concerns.

“Number one: We pay our fighters competitive show and win [money] for the regular season. And number two: We provide an added incentive for them to make more money as champion. All I can tell you is top fighters in the world, top-ranked stars, are looking for alternatives. We provide that stage.”

In making this point, Murray again circles back to the effect on fans. “Frankly, when you have that type of money on the line, and a world championship and six title fights [in the season finale], that’s just great sports television.

“And we’re not asking those 450 million MMA fans to select the PFL over another organisation. We’re premium, credible and authentic, but we’re complementary – a different experience on a different night of the week. It’s good for the sport. Half of these 450 million fans are not following ‘stick and ball’ sports; they’re spending a significant majority of their sports-consumption time on MMA. They’re under-served.”

Murray and the PFL at large will hope their unique take on in-ring competition leads to even more competition out of it.

“I do believe MMA will be an Olympic sport and that it’ll be the PFL’s format on some level that is executed,” the American says.

With the promotion growing in tandem with the sport it’s trying to refresh, perhaps that all-too-common question will soon be refreshed as well.