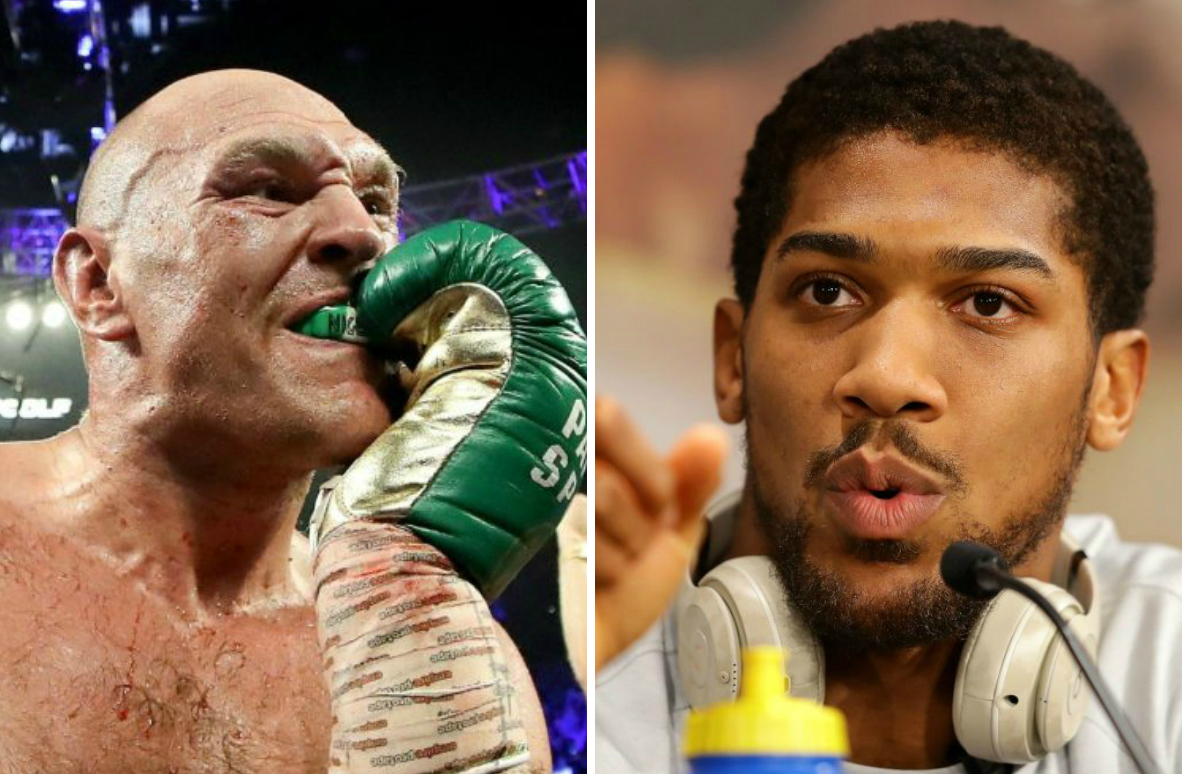 Anthony Joshua and Tyson Fury have been texting and FaceTiming each other in the build-up to their proposed fights this year, beahviour which promoter Eddie Hearn has labelled ‘bizarre’.

Joshua will bring his WBA, WBO, IBF and IBO belts to the party, while Fury will have the WBC and Ring Magazine straps in his possession going into the first bout.

Such is the enormity of the clash that a two-fight deal is being negotiated, with the first fight likely to be in June or July and the second before the end of the year.

The vast size of the contest is unusual and so is the build-up, as Joshua’s promoter has revealed.

Hearn says the two heavyweights have been texting and even video calling each other before they meet in the ring, actions which are far from the norm, with Fury even FaceTiming the promoter himself.

‘I’ve called him back a couple of times and he hasn’t picked it up. He’s just a wind-up merchant, I think it’s great. Where else are you going to get a sport like that?

‘Two blokes that are about to punch each other’s head in and he’s FaceTiming me.

‘The mind games are going to be a big part of this fight. That’s another dynamic. Part of the promotion, part of the build-up and part of what’s going to make this fight so big.

While both teams have made it clear they want the two fights to happen there has been nothing signed or announced as yet and time is ticking.

When an agreement is reached, the teams will agree a venue for the first fight, which will not be in the UK and most likely will be in the Middle East.

June remains the target for that first contest and Hearn says they cannot go beyond July in order to accommodate the second bout.

‘It doesn’t have to be in June, it can be in July,’ he said. ‘The fact is, we’ve got to do two this year. July is the absolute latest.’