‘We’ve got to do it again, and it HAS to be five rounds’: Gilbert Burns chases rematch with Khamzat Chimaev after losing controversial decision in first fight as Brazilian admits, ‘I left my heart in there’

Gilbert Burns is eager for a rematch against Khamzat Chimaev and has insisted that it h as to be over five rounds. 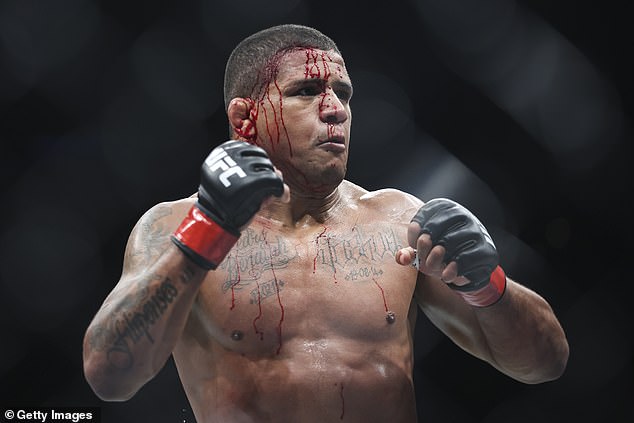 Speaking to MMA Fighting, Burns stated that the fight should have taken place over five rounds and insisted that he would prevail in such circumstances.

Burns said: ‘I requested it and I requested it a couple of times, Ali [did], too. I don’t know if because of the two title fights maybe, I don’t know. I didn’t get an answer. The way I see it, we’ve got to do it again. It’s got to be five rounds next. A lot of respect to Khamzat.

‘Once again, I don’t want to take nothing away from this guy. I have no excuse. I went into a battle. I leave my heart in there. The guy hurt me a couple of times, I kept moving forward. I keep trying to fight. I like him.

‘Every time we go to these fights, we leave a piece of ourselves in there but I knew that going into this fight, this guy would be very, very tough. Not the monster — no way that guy would have an easy fight and finish me in the first round — but he ended up getting the win so I have to give a lot of respect to this guy.’

Burns caused some difficulty for Chimaev with some major blows but the the Brazilian was unable to prevail.

The 35-year-old revealed that he rewatched the fight and admitted that there was some room for improvement. 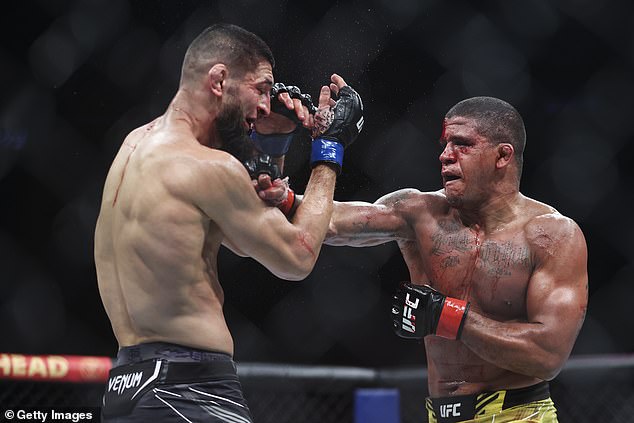 He said: ‘I watched the fight a couple of times. A lot of things that I trained I didn’t do, as in training. I should have thrown a little bit more calf kicks and whenever he switched stances, the right kick was there. So much happening. I didn’t move my head at all but I think it was a good performance. I think I put on a show for the fans. I think he was very tough, too.

‘He won the first round with the little knockdown that I had. A freaking knockdown, the guy changed southpaw, that happens sometimes when they change southpaw. I eat that jab and that was a very hard jab and he put me down. I won the second round and I feel I threw a lot of bombs in the last round.’ 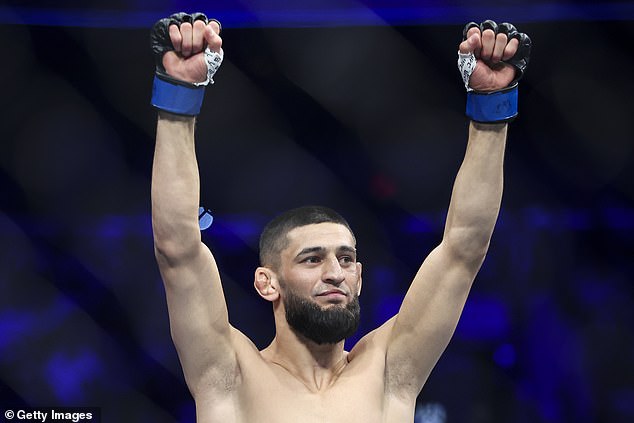 Burns continued by stating that he has unfinished business with Chimaev given how close the fight was.

He said: ‘The way I see it right now, we’re not done. Me and Khamzat, we have to see each other again. I give him a courtesy. I’m waiting for the courtesy back. I know he moves forward, I know the UFC wants to make the Colby [Covington] fight but we’re not done. I want to fight Khamzat again.

‘I think when a fight is super close, I don’t want to judge the fight. I’m not a judge. I threw a lot of things at this guy but I just feel we’re not done. We’ve got to get that one done. Someone has to go down. Five rounds, seven rounds, someone has got to go down next time.’

Chimaev appears to be open to a rematch and wrote on Instagram: ‘In five rounds, I will take your soul. See you soon, boy.’