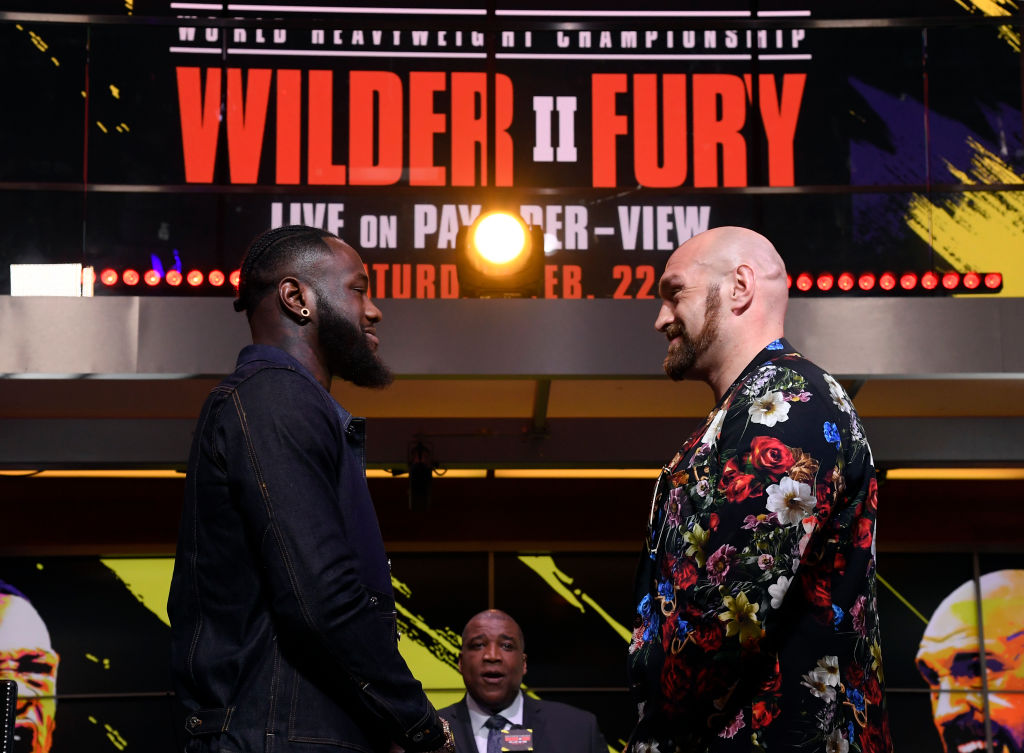 Tyson Fury’s co-promoter Frank Warren has cast major doubt on this summer’s showdown with Anthony Joshua going ahead – suggesting it could cost up to $20million to get Deontay Wilder to step aside and allow the fight to happen.

On Monday night, an arbitration judge ruled Wilder has the right to fight Fury in a trilogy fight before 15 September.

The case stems from Wilder’s rematch clause from their second meeting in February 2020 which Fury won via seventh round stoppage.

The third fight was shelved as the Covid-19 pandemic halted sport last summer with Fury’s camp announcing last December the clause had expired and that they were moving on.

Wilder was left to explore other legal avenues – resulting in last night’s ruling from US judge Daniel Weinstein.

‘Until we can reach an accommodation with Deontay Wilder’s people, I can’t say that [Fury’s fight with Joshua] will definitely happen,’ Fury’s promoter Warren told BBC Radio 4’s Today Programme.

‘But we are working hard to get that over the line. We were talking last night and hopefully we can do that. If not then Tyson, if he wishes, will go to the fight with Wilder. They’re the only two options.’

Warren also explained talks are underway to rescue the situation with Wilder possibly in line for an eight-figure settlement if he agrees to wait.

‘We are going to do our best to get it over the line. That is what everyone has been working towards for a long time now.

‘There is a cut-off point one when a decision has to be made and which direction Tyson goes in – I hope Deontay will accept less than $20million (£14m).’