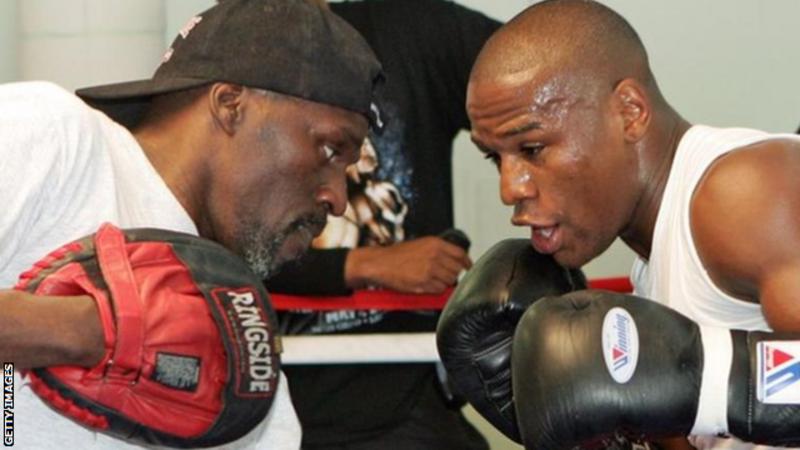 Floyd Mayweather says he will be “one of the best trainers in the world” and take after his late uncle.

Having been a world champion himself, Roger helped train his nephew to become one of the greatest boxers in history over an unbeaten 50-fight career.

“I’ve had incredible trainers, which included my dad and uncle,” Floyd wrote in a social media post on Friday.

“Due to the recent passing of my uncle Roger, I’ve felt inspired to help those around me the same way they have been there for me throughout my boxing career.”

Mayweather, who said his uncle was “one of the most important people in my life”, has already done a training session with his nephew and eldest son.

The American added that the lockdown during the coronavirus pandemic has “allowed me to see the importance of unity and helping others grow”.

“In a time where we must distance ourselves from others, it has allowed me to reflect on how I want to make a difference in people lives and help them achieve their goals,” added Mayweather.

“A true trainer wants the best out of their fighter and pushes them to the best of their abilities. I am new to helping people train as I’ve always been on the other side of the mitts.”