‘Ref, stop the fight!’: Fans fume as Jose Aldo is hit with onslaught of brutal blows to the head during his bantamweight championship defeat by Petr Yan at UFC 251

Three title belts were on the line on the same card for only the sixth time in UFC history, and Yan (15-1) claimed the first one by persevering for a beating of Aldo (28-7), the former featherweight champion dethroned by Conor McGregor in 2015.

Aldo was in a sorry state when referee Leon Roberts waved the fight off as Yan hammered the former featherweight champion with punishing blows in the closing 90 seconds of the final round in Abu Dhabi. 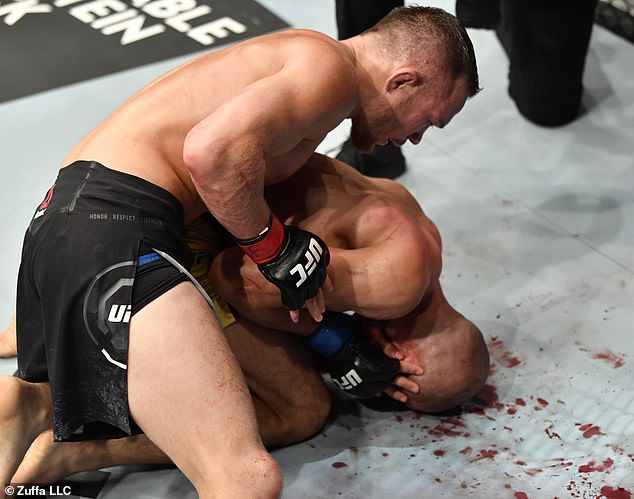 ‘How much more can Aldo take? [Roberts] is just about to stop the fight and then Aldo just moves, changes position.

Former Conor McGregor victim Aldo suffered his third successive loss after making a promising start to the scrap with some menacing striking. 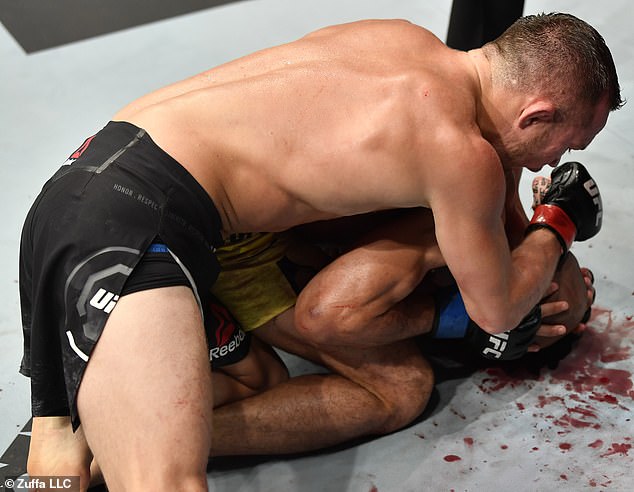 The closing round drew fierce criticism of referee Roberts, though, after he allowed Aldo to continue despite offering minimal resistance on the canvas.

‘If I was in the corner I would throw the towel in’,’ said welterweight Gilbert Burns, who had been due to headline UFC 251 before testing positive for Covid-19.  ‘F***ing referee.

‘Dumb referee. You’re there to protect the fighter, stupid.’ 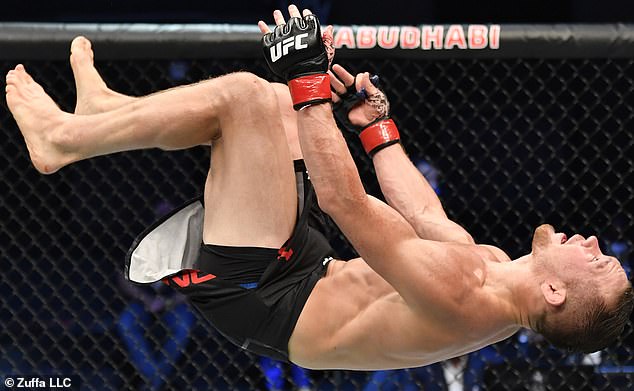 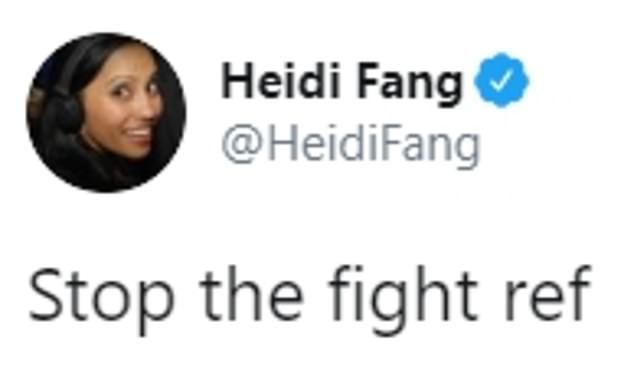 UFC president Dana White, who was also unimpressed by the controversial decision that handed Alexander Volkanovski a narrow victory over Max Holloway for the featherweight crown, described the refereeing as ‘horrible’.

He conceded: ‘It should’ve been stopped way sooner, you know. It looks like we have to tighten up our refs and judges here on Fight Island.’ 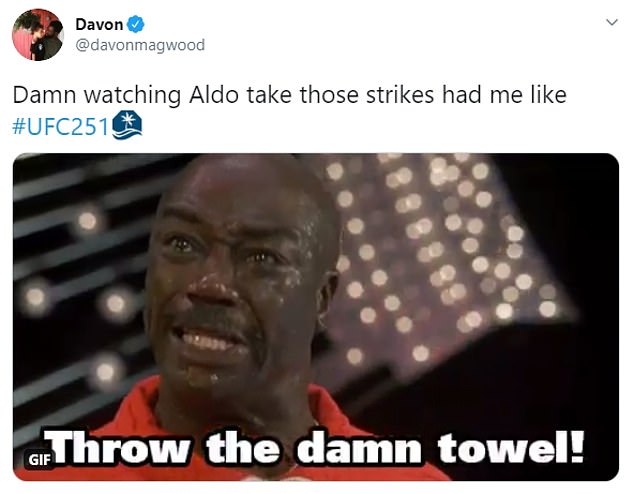 Speaking after he became only the second Russian UFC champion after lightweight star Khabib Nurmagomedov, Yan admitted: ‘I expected it to be a hard fight.

‘That was our plan, to get him tired early on, and then in the third round start attacking.’ 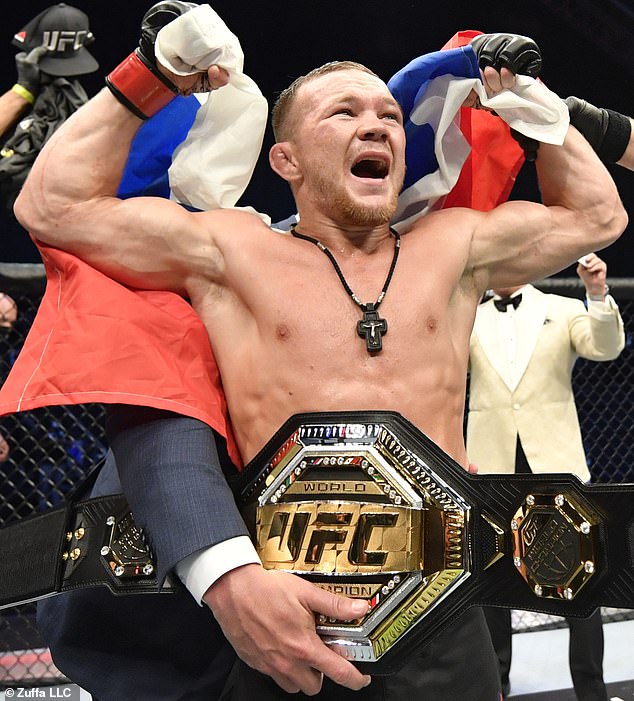