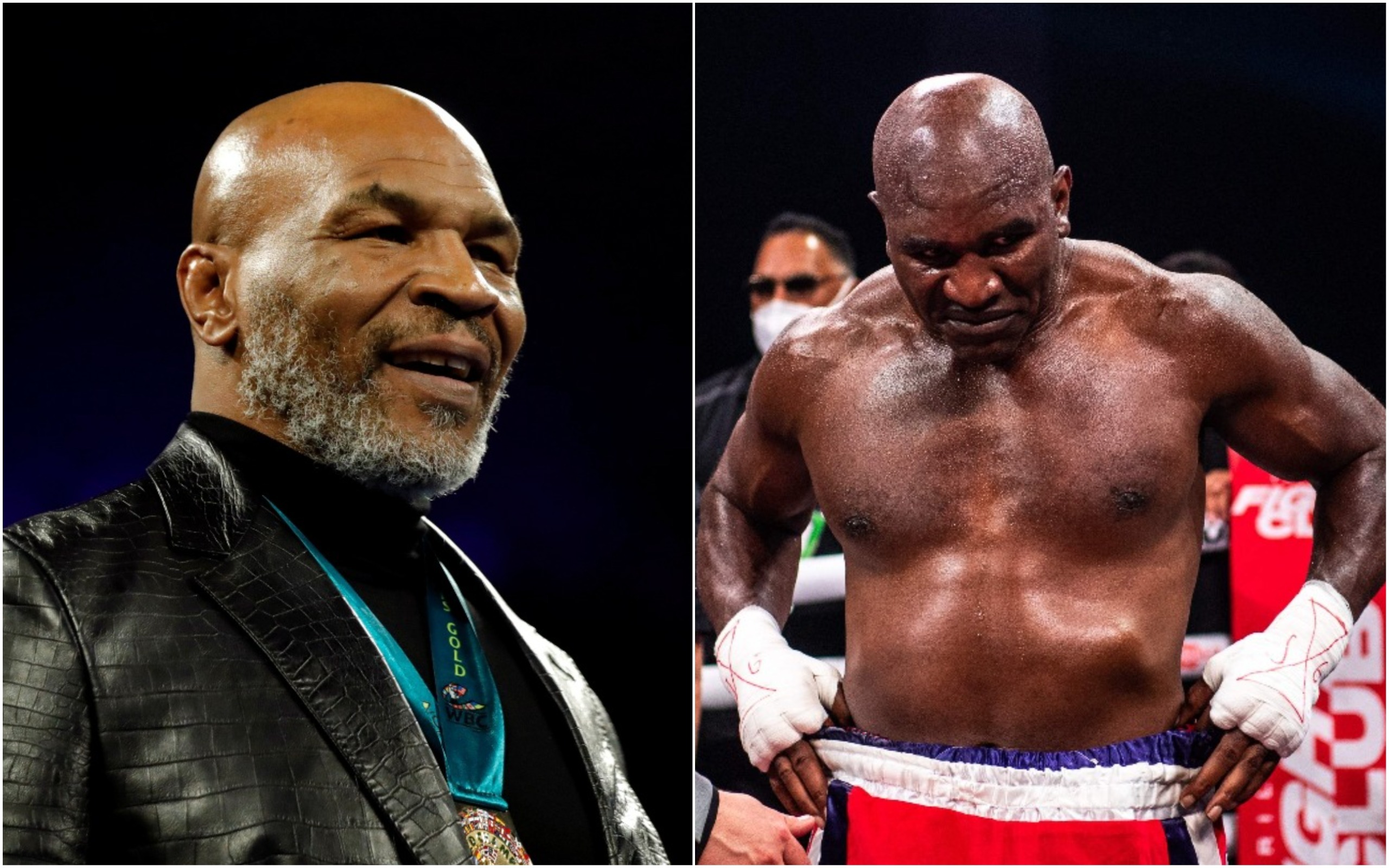 The 58-year-old agreed to be a late replacement for Oscar De La Hoya, who was forced to pull out of the fight against Belfort after he tested positive for Covid-19.

But Holyfield’s return to the ring was quickly ended after he was floored by Belfort in the first round.

Holyfield, who also fell to the canvas off balance after missing with his own left hook in the opening round, took an eight count but Belfort kept up the pressure and the referee then stepped in to quickly call off the fight.

Holyfield and Tyson both expressed an interest in an exhibition fight last year but the event failed to materialise.

However, Holyfield has not been put off the prospect of a trilogy bout against his former rival despite his TKO loss to Belfort.

When asked after his defeat if he would still like to fight Tyson, Holyfield replied: ‘Of course I would.’

Vitor Belfortâs pressure proved to be too much for Evander Holyfield.

Holyfield also criticised the referee for stopping the fight against Belfort too early.

‘The thing is, there wasn’t a shot that hurt me real bad,’ said Holyfield.

‘He was strong, and it was a shot that knocked me off balance. Then he went to close the show. No, I’m not hurt.

‘It’s kind of sad. I think it was a bad call. The referee shouldn’t have stopped the fight that quick.

‘The guy was strong, but when people have fast hands, I was trying to be on defence.’