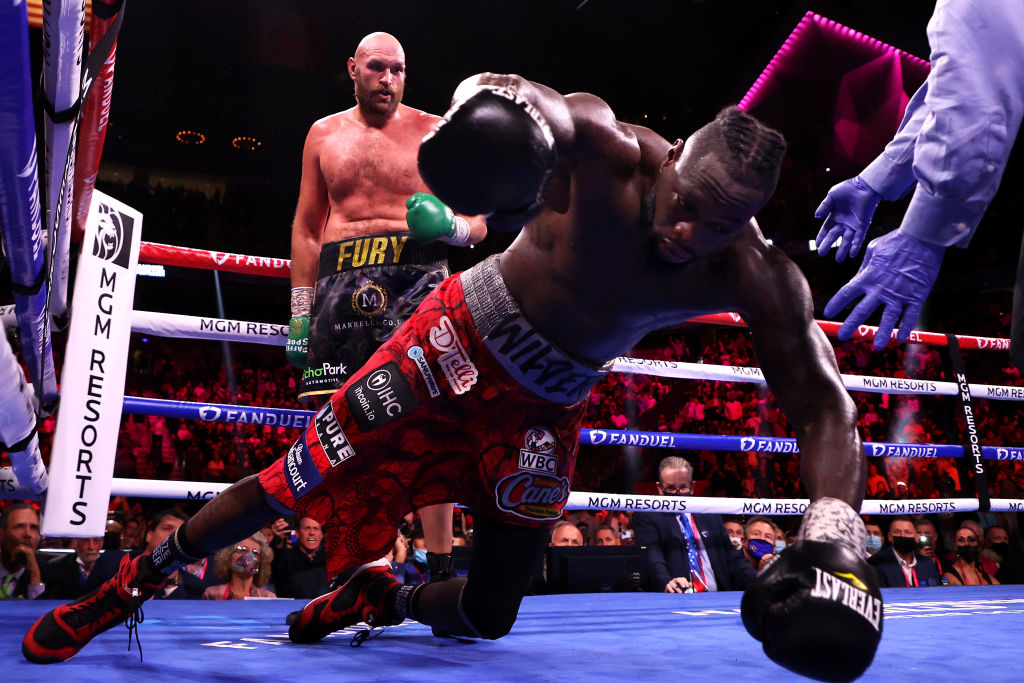 Deontay Wilder’s trainer believes the Bronze Bomber is still the second-best heavyweight in the world despite his defeat to Tyson Fury.

Wilder missed out on the chance to reclaim his WBC heavyweight title as he was knocked out in the 11th round by Fury in Las Vegas on Saturday evening.

The 35-year-old managed to knock Fury down twice in the fourth round but the Gypsy King went on to dominate for the remainder of the fight before securing the win.

However, Malik Scott, who trained Wilder for his trilogy bout against Fury, feels the Bonze Bomber is still ahead of Oleksandr Usyk, Anthony Joshua and Dillian Whyte in the heavyweight rankings.

‘Right now you have to go with the Gypsy King [as number one], it’s only fair because he beat us,’ Scott told iFL TV when asked to name his top five heavyweights.

‘Then Deontay Wilder… I’m going off technicalities of what’s fair.

‘I believe [Otto] Wallin is a good fight him, I believe Dillian is going to win. It’s a good fight, it’s a fight I can see [people asking] ‘I wonder why Dillian took this fight, he’s a southpaw, the guy gave Fury hell’.

‘His goal really should be to stop him and send a statement like he did with Lucas Browne. We’ll see if Dillian can do that but he’s one of my favourites.’